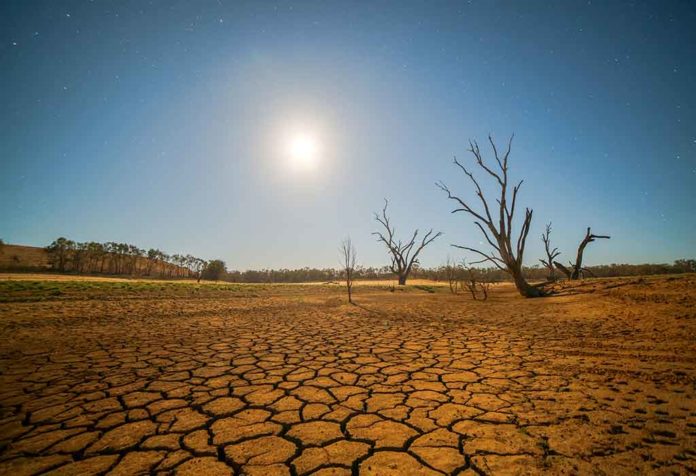 Drought is not just a period of very high temperatures and the least water throughout the year. Even in the dead of winter, what does a drought look like is nothing less compared to a massive hurricane. Agricultural damage and water supplies may be at risk due to droughts, a natural event. Droughts fall into various kinds, each having a different source and effect. It’s essential to know how this drought affects us, and these statistics may help you do just that.

Drought can be categorized into four broad groups based on the four primary approaches used to quantify it:

A meteorological drought occurs when precipitation falls below normal levels over an extended period. Other types often precede droughts produced by the weather, affecting agricultural and rangeland ecosystems.

Hydrological drought affects surface or underground water resources when precipitation, including snowfall, is insufficient. Typically, a watershed or river basin is used to classify a drought.

Demand for an item exceeds supply in a socioeconomic drought due to weather-related water restrictions. Hydroelectric plants get their energy mostly from water flow, which implies that a drought might significantly reduce their output.

Droughts can be caused by many factors, both natural and artificial. Some of these are:

A severe drought can occur independently, as has been seen throughout history, afflicting people for most of that period. The amount of moisture and heat circulating through the atmosphere and on the surface of the earth’s oceans were factors in naturally occurring droughts before human-induced climate change became a significant factor.

Furthermore, how air moves through the atmosphere may impact rainfall distribution across the globe. An anomaly in surface temperatures, particularly water, disrupts air circulation patterns. As a result, the amount and distribution of precipitation across the globe changes, and the resulting weather patterns are more likely to throw water supply and demand out of whack, as is the case when snowmelt occurs earlier than expected in the spring and summer, reducing the amount of water available for crops.

As a result of an imbalance between the supply and demand of water, it is also possible to experience a drought. A tremendous amount of water will be required to maintain both the human race and agricultural techniques. The global human population grows alarming while intensive agriculture methods are becoming more common globally.

Having trees and plants is necessary because they release moisture into the atmosphere, resulting in the formation of clouds and the pouring of rain, which replenishes the soil’s water. Tragically, the human race has perfected the art of depleting the earth’s limited natural resources. As a result of the loss of trees and plants, there is less water available to fuel the water cycle, increasing the vulnerability of entire regions to drought. For this period, deforestation and other land-use practices that degrade soil quality, such as intensive farming, will continue to degrade soil quality and reduce the land’s ability to absorb and retain water. Farmers face agricultural droughts as soils dry faster than they can be replenished, while hydrologists face hydrological droughts as groundwater recharge is reduced.

As the term implies, climate change is causing the world to warm at an alarming rate, resulting in droughts in the future. Human activity, such as the emission of greenhouse gases, is primarily to blame for global warming in most cases. Global temperatures rise due to the trapping effect produced by these gases. Water from rivers, streams, lakes, and other water bodies will evaporate more due to increasing temperatures. In contrast, other activities will result in less water being returned to the earth as rain. Water will be scarcer, and droughts will become more frequent due to these changes.

As temperatures rise, climate change increases precipitation in wet areas and decreases precipitation in dry regions, resulting in a cyclical pattern. Wetter regions will see more rain due to warmer air absorbing more water. In contrast, drier areas will see less rain due to higher temperatures, which will cause water to evaporate more quickly and result in smaller rain events. Climate change also alters large-scale atmospheric circulation patterns, causing storm tracks to deviate from their regular trajectories and become more severe due to the changes. 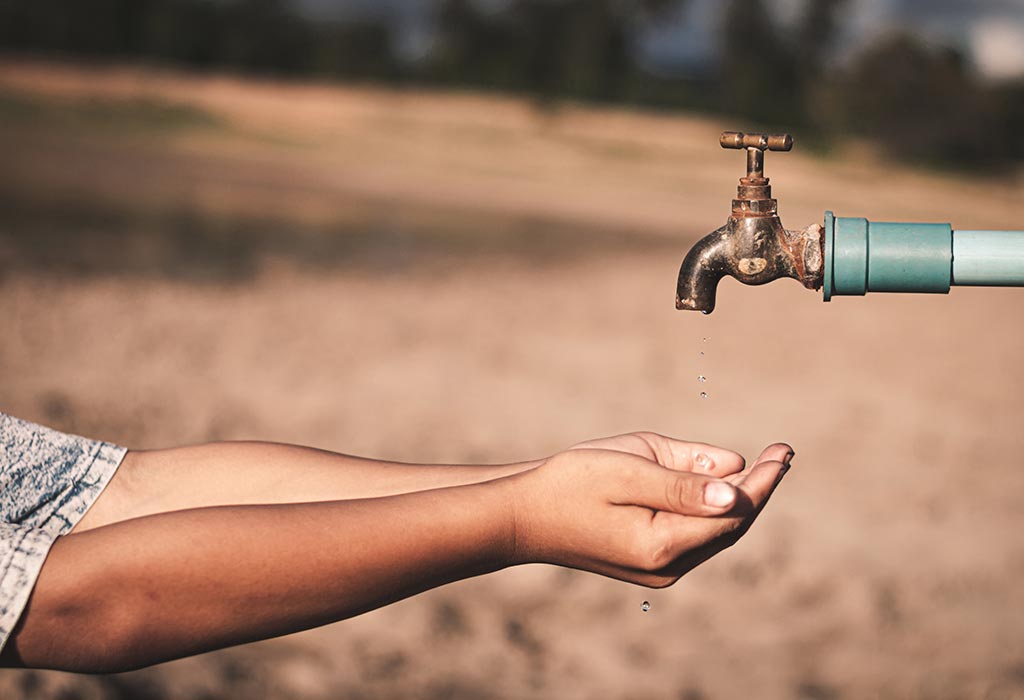 Keep reading to know about drought – what happens during a drought and catastrophic effects:

Due to an inadequate water supply, drought affects the growth of food crops. People grow hungry when a deficiency occurs or eliminates food supply, leading to famines during severe and persistent droughts. The most well-known example is the famine in Ethiopia in 1984, which was precipitated by a fatal mix of severe drought and catastrophically poor governance and resulted in the death of hundreds of thousands of people.

2. Potable water is in short supply

Droughts can result in a scarcity of usable water for drinking and other purposes. All living species need water to survive, and when people are in severe need of drinking water, they will turn to untreated sources, which may result in illness. According to the World Health Organization, a lack of safe drinking water results in insufficient public sanitation and personal cleanliness and a wide array of potentially fatal diseases. Millions of people get sick or die each year due to a lack of access to adequate drinking water and sanitation, and droughts will only worsen the problem.

3. Wildfires and their effects on wildlife

Droughts are defined by low moisture and precipitation levels, which can quickly create dangerous conditions in forests and rangelands, laying the groundwork for wildfires that can cause severe injury or death and significant property damage, and a reduction in already depleted food supplies. When wild animals and plants are subjected to droughts, even if they have adapted to dry conditions, they die or seek water in human settlements, ending in the species’ extinction. Droughts result in a rise in animal mortality and a decline in reproduction, which is incredibly detrimental to populations of threatened species.

When a resource such as water becomes scarce, it results in a lack of food. People may compete and fight and kill to get enough water and food to survive. According to reports, the Syrian Civil War began when millions of rural Syrians fled their drought-stricken homelands for metropolitan areas, spreading instability.

A drought-stricken region will witness a considerable rise in the number of people and animals leaving to find a new home with better water and food availability.

An overwhelming majority of the world’s population continues to rely on hydroelectric power facilities to meet their energy demands. Droughts reduce the amount of water stored in reservoirs behind dams, reducing the amount of energy produced. This may be especially challenging for the many minor settlements that rely on small-scale hydroelectricity generated from a modest electric turbine on a nearby stream.

Take a look at the several methods to prevent drought and steps to take after a drought:

1. Rainwater harvesting is a widespread practice

This essential drought treatment may be done relatively quickly at home. Rainwater harvesting enables homes to store rainwater and use it during dry periods rather than depleting existing water supplies such as rivers and reservoirs. Assuming that a house has a primary water supply, rainwater collecting provides an auxiliary water source that may be used if the primary water source is unavailable.

Planting is a responsibility that everyone on the earth should take up, and it has the potential to result in the plantation of billions of trees each day. Tree plantation improves the quality of the environment and increases precipitation by increasing the quantity of moisture in the air. If the trees are properly cared for until they reach maturity, it may also assist in rehabilitating a region’s drought and dry circumstances. Besides planting more trees, it is also better to avoid cutting down the existing trees until more are planted.

We have long relied on non-renewable energy sources such as petroleum to meet our energy demands. These fuels result in increased greenhouse gas emissions, contributing to global warming and droughts. Additionally, it is feasible to transition from fossil fuels to renewable energy sources such as wind and solar, which have little to no environmental effect and do not contribute to droughts.

Strict policies are important at the local, national, regional, and global levels. It is vital to impose substantial penalties on individuals who participate in actions that contribute to droughts or other environmentally damaging results. As a consequence of this effort, climate change can be reversed, remedying the ongoing insufficiencies.

5. Acquiring an understanding of environmental concerns

This includes educating and training the younger generation on protecting and maintaining the environment by planting trees and recycling and reusing most products. Besides including in the educational curriculum, the need for environmental stewardship must be promoted by the media and companies so that avoiding droughts becomes an individual duty.

Other Interesting Facts and Information About Drought for Children

For more information on drought for kids, check out these interesting facts and informational resources:

Drought may harm the environment, but it can also damage the economy. Drought-prone regions may be helped in a variety of ways. Check out the facts in the article if you wish to educate your children about drought and its consequences on the ecosystem.

Beautiful Ground Cover Plants You Can Pick for Your Backyard

How to Keep Cats From Scratching Furniture – Tips and Tricks