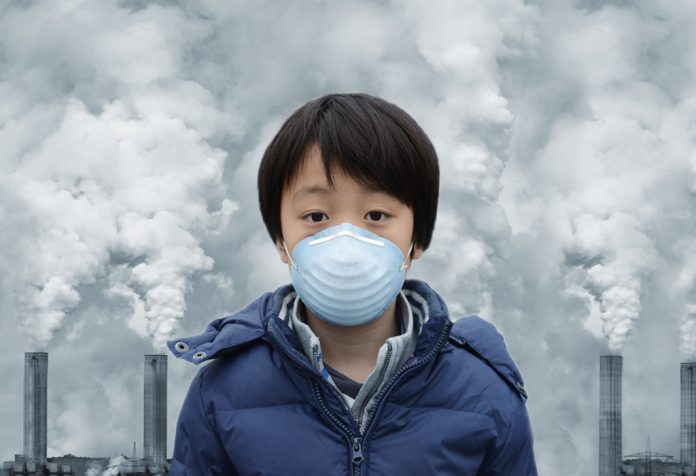 Air pollution affects over 10 million people in the world and over 2 million children under the age of five due to its disastrous effects. From global warming to biohazards and environmental contamination, increasing pollution makes it unsustainable for life to thrive in certain parts of the world. Here’s everything you need to know about pollution along with interesting facts kids of all ages will enjoy.

The contamination of air, water or soil due to natural occurrences or human activities like oil spills and the dumping of waste in water bodies is known as pollution. Pollution results from negligence, a lack of seriousness towards saving the environment and not understanding the consequences of said actions.

Natural resources are depleting, and as human beings, we must save the planet by raising awareness of the situation. Read more to gain insight into the different types of pollution, what is pollution for kids and interesting facts they should know about them.

Air, water, and soil are turning into non-renewable resources on Planet Earth since their rates of renewal are becoming lower than their rates of depletion. Pollution of these entities introduces harmful substances in the environment which makes it harder to live, breathe and sustain life. There are primarily four types of environmental pollution. They are-

Air Pollution – Air pollution, for kids, starts from emissions from vehicles like cars, bikes, planes and other automobiles contribute to air pollution due to the usage of fossil fuels for powering engines. Carbon dioxide emissions lead to a rise in the Earth’s temperature, thus leading to global warming. Even the factories, that create your favourite products, release chemicals and other toxic substances in the air that lead to pollution.

Land Pollution – Dumping industrial waste and household trash into land mills contaminate the soil with toxic substances which seep into water bodies and increase toxicity in the environment. Even wasted food and household items like plastic goods, furniture, clothing and scrap materials all contribute to land pollution for kids when dumped in the environment.

Water Pollution – From lower levels of dissolved oxygen to dumping chemicals, pesticides and fertilizers, water pollution occurs from toxic foreign substances enter water bodies. Sewage waste leads to the growth of pathogens which affects the chemical composition of water and oil spills from ships are major contributors of water pollution. Lack of availability of clean drinking water is a result of water pollution for kids which forces the global pollution to seek purified or distilled water sources. Pollution of water bodies causes the deaths of aquatic life forms and wildlife.

Noise Pollution – From screeches, sirens and non-stop honking and others, noise pollution occurs when decibel levels in the environment reach harmful levels and cause damage to human hearing. It leads to stress and insomnia. If you’re exposed to constant noise pollution, you will have trouble focusing and functioning in your day-to-day activities, mentally speaking. Severe cases of noise pollution in the environment even cause loss of hearing, hypertension, and ischemic heart disease. Pollution wreaks havoc while recycling saves lives. Here are 15 important facts you must know about pollution.
1. Children have weaker immune systems compared to adults and are always growing, which is why they are vulnerable to the effects of pollution.

2. Pesticides contribute to land and water pollution. Too much contamination leads to birth defects, gene mutation, and cancer. 73 different kinds of pesticides reside in groundwater which is used by the populace as drinking water, and this is something kids must be aware of.

4. Automobiles that run on fossil fuels contribute to the most air pollution in the world, with over half a ton of carbon dioxide being emitted from each vehicle. Air pollution levels are expected to soar by double the present amount by the year 2030 as more cars get manufactured.

5. Plastic is one of the major sources of land pollution due to it being non-biodegradable, thus being dumped in landfills and polluting oceans.

6. In many cities and towns, raw sewage runs directly into the rivers and seas, spreading disease in its path and causing algae to grow in water bodies and absorb all the oxygen content in them. This leads to the death of marine life and aquatic animals.

7. Poisonous gases that make up smog and toxic substances are released into the air by some industries during manufacturing processes. This leads to respiratory diseases and death around the world, even contributing to a rise in global warming and creating difficulty in breathing.

8. Rocks hit by oil rigs in oceans spill into the sea and kill aquatic wildlife and marine plants underwater.

9. Localities near seaports, congested roads and railways are the places with the most levels of air pollution in cities.

10. There are over 250 million instances of water-driven diseases which led to 10 million deaths around the world.

12. Over 70% of industrial wastes are dumped into water bodies by developing countries around the world.

13. 1 million seabirds and 100 million mammals die every year due to water pollution.

14. In 2010, the composting and recycling of waste materials had saved approximately 85 tons of waste from being dumped into the environment.

15. The world’s biggest producer of carbon dioxide is China, followed by the US as the second.

From taking lives to ruining the environment, it wouldn’t be a surprise if we’d face a situation where air quality causes difficulty breathing or have zero drinking water in the future at the rates pollution is increasing rapidly. Every human being’s contribution counts which is why we must strive for a greener lifestyle and eco-friendly way of living. Share this pollution information for kids to your children and raise awareness.

Remember the 3 Rs – Reduce, Reuse and Recycle and encourage your neighbours to exercise them by setting an example yourself. The world will thank you.

How Gaslighting Can Affect Your Relationship With Your Spouse And Kids