Fascinating Facts about Clouds for Kids

Fascinating Facts about Clouds for Kids 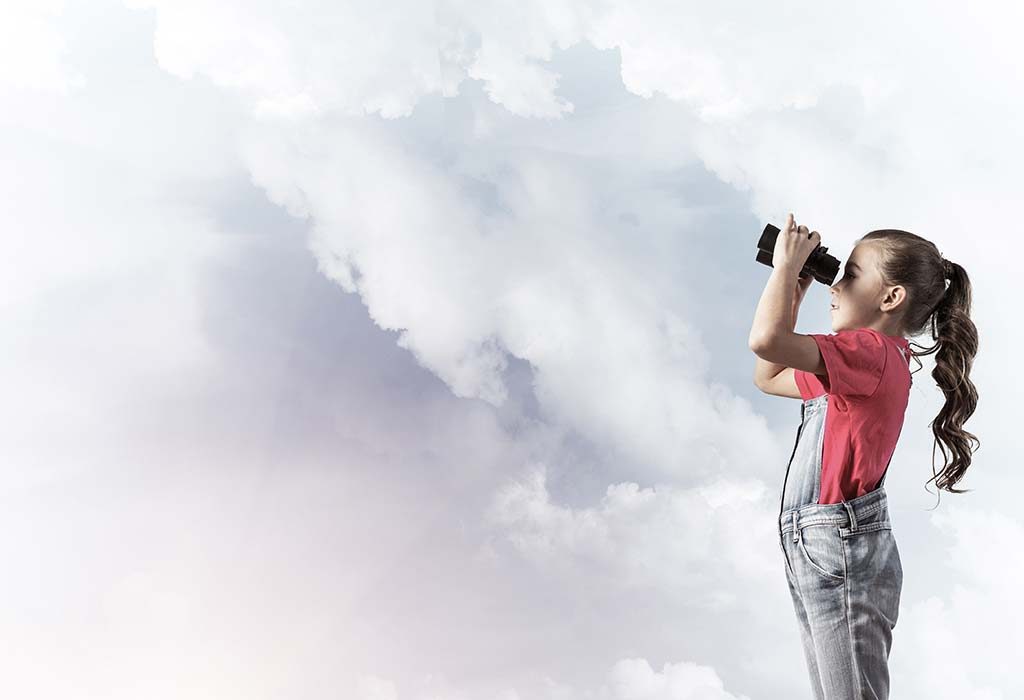 Clouds are fascinating fluffy things floating in the sky. Most days when you look up, you see clouds of all shapes and sizes, some like cotton balls, some like snowmen or butterflies, some like long hair and many other figures that are limited only by your imagination. Have you ever wondered however what they made of, where they come from or go? Continue reading for all about clouds for kids.

Facts and Information About Clouds for Children

How Are Clouds Formed?

Clouds form when warm air closer to the ground that holds plenty of moisture in the form of water vapour rises up due to buoyancy. As the warm air rises higher into the atmosphere it expands due to lower pressure and cools. At one point when it’s cold enough the moisture in the air begins to condense into microscopic droplets of water around dust in the air. These droplets are so light that rising air currents are powerful enough to hold them in the air for a long time. When a large mass of air condenses, it takes the familiar appearance of a cloud. How high the clouds form, where they form and what type they are depends on factors such as the moisture content in the air, winds, vertical air currents and the amount of heat present in the ground.

Why Are Clouds White?

When learning about clouds, one of the first questions that come up is why they are white. Clouds are white because they scatter sunlight in all directions and sunlight is white. In clouds that contain microscopic water droplets that are less densely packed, there’s enough light through scattering to illuminate the whole cloud. Rainclouds with bigger droplets of water scatter most of the light at the top and much of it doesn’t reach the bottom giving them a darker appearance below.

What Are The Different Types of Clouds?

These are low-level clouds that form above ground to altitudes of 2000m. Stratus clouds are often seen as blankets of clouds covering the whole sky. They are more prominently seen in mountainous regions where they tend to form over valleys with the hills rising above them. One interesting stratus clouds for kids fact is although they rarely produce rain, their cousins- the nimbus clouds such as nimbostratus and stratocumulus can produce anywhere from heavy rains to a light drizzle.

These are medium-level clouds that occur between 2000m- 5500m and usually appear to stay static in the sky with patches of blue sky in between the cloud breaks. The clouds are made up of both water droplets and ice crystals. Although they don’t produce rain, they appear before or after a storm. Altostratus clouds have a close cousin called Altocumulus which are not as flat as altostratus but fluffy in appearance.

The cirrus clouds are thin hair like clouds that are high-level clouds forming above 8000m. They appear to spread out in the direction that the high altitude winds blow them and are usually made up of ice crystals. Cirrus often indicates pleasant weather but their cousins, cirrostratus and cirrocumulus are an indicator of an approaching storm or change in weather.

These are fluffy, cotton-like clouds that you see on a warm sunny day. They come in all kinds of shapes and sizes and usually have a flat base with a fluffy top. They float over 1000m above the ground and grow into thunder clouds if the weather conditions are right.

These are clouds with vertical development that bring heavy thunderstorms, snowstorms, lightning, tornadoes and hailstones. The towering ominous thunderclouds can unleash a tremendous amount of energy in a short time which can often be destructive. They have a flat base at heights over 1000m and vertical structures spanning up to 15,000m!

Why Do Clouds Float in The Sky?

Clouds normally form in air masses that are warm and rising up. Warm air is lighter than colder air and hence rises to the top. The microscopic particles of water that make up clouds are so light that even though they eventually fall to the ground, the upward air currents are strong enough to keep them afloat. When the particles clump together to form larger, heavier droplets, the buoyant forces are no longer able to hold it up, and it falls as rain. To put it across in the simplest way, clouds float in the air because they are lighter than air.

Other Fun Cloud Facts for Kids

Clouds are interesting weather phenomenon that has been a source of wonder for generations. While they come in undefined shapes, they have definite principles of physics that govern their formation and behaviour.