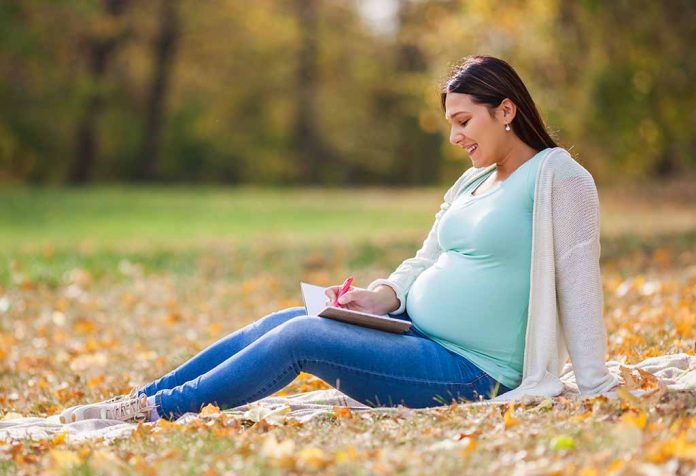 Once the baby is born, the next milestone for the parent is to give the baby a beautiful name that has a deep meaning. Let us help you guys select a lovely and unique name that is associated with weather.

The most difficult part of choosing a name for your baby is that there are a lot of friends and relatives who would have their suggestions while naming a baby. It is very important to remember that the name will be carried by the child for the rest of their life. Hence, it has to be well thought of and convincing before it is finalized so that your child is thankful to you for giving him/her a good start.

As we battle through all the seasons from sunny to rainy and from windy to shivery winters, it is not surprising that we always keep talking about weather conditions. Then why not take advantage and choose names that have to do with weather. Here is the list of some beautiful names to choose from.

Weather does not affect our state of mind, our mood and our perception. So, it’s not surprising that it inspires so many baby names. Here is a list of the most popular and trendy weather-inspired names for baby boys to choose from.

The cute name Aarush is a boy’s name of Indian origin meaning ‘the first ray of the sun’. The name denotes a pleasant atmosphere.

Akash is a very popular name of Indian origin. It is derived from Sanskrit and means ‘Open space’ or ‘sky’.

The name Anil is an Indian origin name and the meaning is ‘air’ or ‘the wind’. It is one of the most popular boy names in India.

The name Anvindr is of Norse origin, and is composed of the elements ‘an’ which means against and ‘vindr’, which means wind. Hence, the name means ‘against the wind’.

The given name Barak is a Hebrew name also spelled as Baraq. Barak is a unique name that means lightning.

Bayu is a unique Indonesian name for boys that means ‘wind’. It is a popular and evergreen name chosen by many to add a personality to their child.

The name Baskara is a boy’s name of Indonesian origin which means ‘sun’ and source that makes the weather warm and sunny.

A highly unusual weather name with a distinctive sound, Dalfon is of Hebrew origin. Dalfon is a boy’s baby name meaning ‘raindrop’.

Every parent searches for a cool, unique name for their child. Ermir is a rare Albanian baby name that means ‘good wind’.

The short and unusual baby name has a Norse origin. In Norse baby names, the meaning of the name Freyr is ‘God of rain and sunlight’.

A pleasant name Gale is a Hebrew baby name of English origin. It refers to the sea storm. This is one of the best names in the list of names which means weather.

The name Guthrie is a boy’s name of Irish Gaelic origin which means ‘windy spot’. It is one of the most attractive Scottish names.

Hadad is a Biblical baby name for boys. The literal meaning of the name Hadad is ‘thunder’. This name is Hebrew in origin. Hadad was the Akkadian God of rain and storms.

The name Haneul is a Korean unisex name meaning ‘sky’. A perfect pick of the name for parents who want a name that bridges cultures.

Naseem or Nasim is a traditional Arabic name meaning ‘breeze’ or ‘soft air’. It is very popular in the Middle East and South Asian cultures.

The short and sweet baby boy named Neil is of Gaelic origin. The Irish name may have been derived from words meaning ‘Cloud’.

Rai is a boy’s name pronounced as RYE-ee. The name Rai is of Japanese origin and the meaning is ‘trust’, ‘lightning, ‘thunder’.

The name Ramman is an Akkadian name of the Assyrian-Babylonian God of storm and thunder. The name also means ‘the thundering one’.

Raiden is a very unique and trendy baby name. The name Raiden means ‘thunder and lightning,’ which accompanies a heavy rainfall.

The name Sky means ‘atmosphere seen from the earth’. This name is of Scandinavian origin. The name also refers to heaven.

The name Samson is a boy’s name of Hebrew origin that means ‘sun’. An individual with such name is expected to shine throughout their life with his warm nature.

A rare name Sulien is a boy’s name of Welsh origin. The name Sulien means ‘sun born’. It is one of the most popular and modern names.

Stormy is a name considered by those parents who are looking out for unisex names for their babies. This name is of American origin and the meaning of the name is ‘a tempest; an impetuous nature’.

This name is very popular in India as a nickname, but it can also stand alone as the main name and the meaning of the name Sunny is ‘sunny, radiant, cheerful’.

The name Tal is inspired by the rain and it is of Hebrew origin. The meaning of the name is ‘rain’ or ‘dew’.

The name Thor is a Scandinavian origin name derived from the Old Norse meaning ‘thunder’. Thor was the Norse God of strength, thunder, war, and storms.

The name Wyndham is a rare baby boy name of Old English origin. Its meaning is ‘From the windy village’.

Derived from the Greek Zephyros, the name Zephyr means ‘ the west wind’. This name is perfect for the parents who are looking for boy names that mean wind.

A unique baby name Zeru is a boy’s name of Basque origin and its meaning is ‘sky’. This name is pronounced as Zeh-roo.

Now, let’s take a look at some weather-inspired named for baby girls. 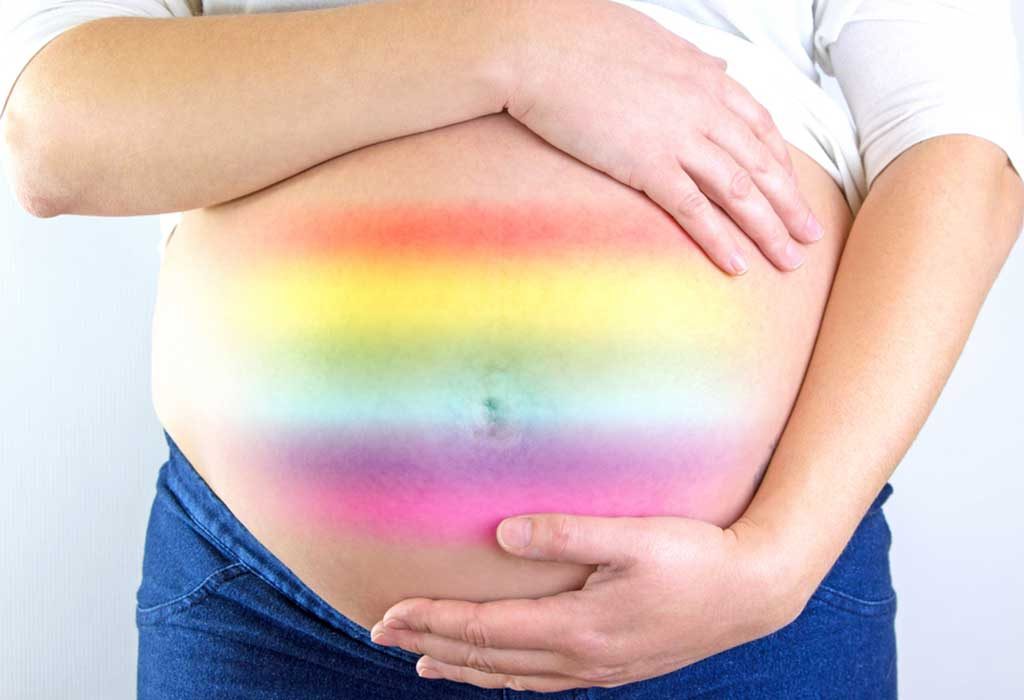 Here are some weather baby names for girls you may want to consider before naming your little darling.

Autumn is a weather-inspired name of Latin origin. It is derived from Latin word autumns meaning ‘the fall season’.

The name Alya is a short and sweet name for a baby girl. It is an Arabic name meaning ‘sky’.

This weather-inspired pretty name, Alizeh, is a girl’s name of Persian origin. It means ‘trade winds’.  It is one of the most popular girl names that mean air.

The name Brisa is a short sweet girl’s name of Spanish origin that means ‘breeze’.

The name Breeze is a girl’s name of English origin. It is an unusual name meaning ‘gentle wind’.

A simple and sweet name Bronte is a girl’s name of Greek origin meaning ‘the sound of the thunder’. It is pronounced as Bron-tay.

Esen is a unique Girl’s name that means ‘wind’ and it is of Turkish origin.

The name Frost has a rich Scandinavian history. It is of Danish origin and may mean ‘born at the time of frost, winter.

This pretty girl name is a diminutive of Flora, the Roman Goddess of flowers. Flurry in English means swirling mass of snow moved by sudden gusts of wind. An apt weather-inspired name for your baby girl!

The name Helia is the most popular Greek baby name. It comes from another name Helen, which means ‘sun’ or ‘shining light’.

Indira is a Hindu name for a baby girl that has a Sanskrit origin. It means ‘possessing drops of rain’. Indira is the warrior Goddess of rain and sky.

This name is directly derived from the Greek word Iris, meaning ‘Rainbow’. Iris was the Goddess of the rainbow.

A sweet and unique name Jora is a girl’s name of Hebrew origin that means ‘autumn rain’.

The name Kalindi is a feminine name of Hindu origin. It means ‘sun’. Kalindi is a lovely and rhythmic girl’s name which refers to one of the seven sacred rivers of India.

Lulani is a rare name for a baby girl which is of Hawaiian origin. The meaning of the name Lulani is ‘sky’.

The name Makani is a cute name for girls. It means ‘wind’ and has a Hawaiian origin.

Among the weather inspired names, Miku is a trendy Japanese name for baby girls which means a ‘beautiful sky’.

The name Nephele is a girl’s name of Greek origin. It means ‘cloudy’.

The name Oriane is an unusual girl’s name of French and Latin origin. It means ‘sunrise’. Oriane is an alternate form of Orana, another French name.

A unique name, Reva, is a girl’s name of Hindi origin, which means ‘rain’. The name Revais another name of River Narmada, one of the seven sacred river names of India.

The name Saar is a popular unisex name of Hebrew origin, and it means ‘storm’.

The name Salana is a popular girl’s name of Latin origin. It means ‘sun’, the source that creates a warm weather.

This unique Italian baby girl name means ‘warm wind’ and has Arabic roots. The car manufacturer, Volkswagen, has also named one of their cars Scirocco.

A rare and beautiful name Sunniva is a girl’s name of Norwegian origin, and it means ‘sun gift’.

Talia is a unique name of a baby girl which is of Hebrew origin. The name Talia means ‘rain from heaven’.

The name Tempest is an English baby girl name inspired by the weather. The meaning of Tempest is ‘turbulent’, stormy’.

Thora is a Scandinavian feminine name which is a variation of the name Thor. It means the ‘Goddess of thunder’.

Varsha is a girl’s name of Indian origin and it is taken from the Sanskrit word for ‘the rainy season’.

The rare name Zephyrine is a feminine name of Greek origin that means ‘west wind’.

We hope you find this list of weather-inspired names for your little bundle of joy helpful. Go for the one that syncs with your child’s vibe and they will be thankful for life for the beautiful name.

Growth and Development Stages of Toddlers (1 to 3 Years)

Vitamin C in Pregnancy: Importance and Side Effects