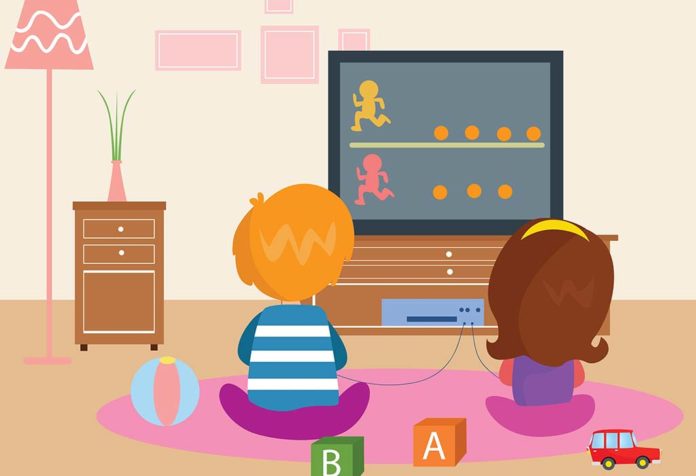 The commercial birth of gaming technology can be traced back to 1950. The mobile technology boom and the rise of streaming platforms have further revolutionized the industry and made it mainstream entertainment. Thus, pixel-powered colorful superstars have super-spies, brawlers, arch-villains, and redoubtable heroines who have become memorable and appealing in their way. Video game character names are convincing, funny, and unusual enough to inspire parents looking for the perfect name with suitable meanings. Read on to find your favorites that can make your child shine out in the crowd.

Naming a child can be a difficult task for most new parents. Instead of making it a stressful experience, you can choose perfect names for babies based on the specific category of themes. Once considered a fringe hobby for teens, Video games have permeated every aspect of social life, forming a new worldwide media subculture, including baby names. Modern innovations and interactive interfaces facilitate multiplayer games to create a community actively involved in networking, indulging in electronic sports and online competitions that offer a fun escape from the harsh realities of life. Apart from a good plot and fun gameplay, a good video game design requires solid and engaging character development. These good and evil forces represent whole platforms, and entire genres have become familiar to millions of players.

Needless to say, that the hearty plumber, battle-worn grunt, or cute farmyard animal of the older or latest versions of video games have made franchises become cultural icons and emblems of their respective eras. Love them or hate them, they represent the gaming universe that ignites fantasy and strikes fear among its players. Characters in computer games are attributed personalities based on their appearance and behavior. As an interpretation of their names can affect a child’s personality, parents must remember to choose names after careful thought.

Whether you’re a seasoned gamer or newbie, these incredible video game names can be a great source of inspiration for your baby girl or boy.

In case you’re expecting a baby boy and are keen on selecting a name of a gaming legend, this carefully assembled list of boy video game names can pay homage to your hobby and come to your aid.

Akira in Japanese means’ bright,’ ‘clear,’ ‘ideal,’ and ‘the sun’ in Thai. Akira Nishikiyama appears in the Yakuza game.

Alucard appears in the Castlevania series and means’ forever lasting’.

Alyx in Greek means’ Helper; defender’ and ‘of a noble kind’ in its Germanic origin.

Ash is a fictional character in the Pokémon franchise and means “happy, blessed child” and “ash tree town” in English.

Balrog means “Demon of Might” in Sindarin. He is the boxer in Street Fighter II.

Derived from the Kimbundu word mbanza, an African string instrument modeled after the Portuguese banza, Banjo Kazooie is a series of video games that feature Banjo.

Blaze is the protagonist of Blaze and The Monster Machine. This English name means ‘torch,’ ‘bright,’ and ‘flame.’

The Norman greeting beu sire means “good sir” or “fine sir.” He is the main antagonist of Nintendo’s Mario franchise.

Claude is the main protagonist of Grand Theft Auto III. It means “lame; enclosure” in French.

Cortéz is a Spanish or Portuguese name derived from the Old French meaning “courteous” or “polite.” Cortez appears in TimeSplitters 2.

Corvo comes from the Italian “Corvo,” or Latin “Corvus,” meaning “raven.” He appears in the Dishonored series.

Cullen has an Irish and Gaelic origin and means “good-looking lad; handsome.” In Irish, it means ‘holly tree.’

Dante appears in Devil May Cry. It comes from the Italian name Durante, which means “lasting, enduring.”

Desmond is an Anglicization of the Irish Deas-Mhumhna referring to “man from south Munster.”

This name of Irish and Gaelic origin means “fierce courage” or ‘brave.’ He is the main character in The Saboteur.

Drake is a fictional character of the Uncharted video game series. It comes from the Old English byname Draca, meaning ‘snake’ or ‘dragon.’

This character from the Tekken series has an English name that means “wealthy spear or protector.”

Fulgore is a character in the Killer Instinct series. A variant of Italian ‘Folgore’ or Fulmine, Fulgore means ‘lightning’ in English.

Gouken is a fictional character in the Street Fighter series. It comes from the Japanese word “GÅken,” meaning ‘Strong Fist.’

This Old English name means “gray-haired” or ‘grey-bearded.’ He is a fictional character in Metal Gear Series.

This Arabic given name means “young eagle” or “young hawk.” He appears in Assasin’s Creed.

Ike in Hebrew means “laughter” and is a character in Fire Emblem.

Illidan Stormrage appears in the Warcraft series of video games. It means ‘the damned’ in Albanian.

Iori in Japanese means “hermitage, retreat.” Iori is a character in ‘the King of Fighters.’

Derived from the Hebrew Yitzhak, Isaac means “one who laughs” or “one who rejoices.” Isaac appears in Dead Space.

This Hebrew diminutive of Jason means “the Lord is salvation.” It means “healer” in Greek.

Jack means “healthy, strong, full of vital energy” in its Celtic origin. It means ‘health’ in Welsh. Jack is a fictional character in the video game series Mass Effect.

This classic boy’s name comes from the Hebrew name Jacob and means “supplanter,” ‘one who follows.’

This Japanese name means ‘Tenderness,’ “Gold” in Chinese, and “Truth” in Korean. He appears in the Tekken game series.

This boy’s name of Japanese, African origin means “the god of the waters.”

Originating with the mad King Leoric in the Diablo game franchise, this English name means ‘He is like a Lion.’

Latin “Noctis” means ‘of the night.’

Related to the Spanish name Ramon, the meaning of Rayman is ‘form of Raymond’ or “Guards wisely.”

Ryu means ‘dragon’ in Japanese. Ryu Hayabusa is the protagonist in the Ninja Gaiden series.

Shepard refers to a ‘sheep herder’ and belongs to the lead character in Mass Effect.

Yuri means ‘farmer’ in Russian and ‘Reason,’ ‘Lily,’ or ‘Village’ in Japanese. The female protagonists are becoming a part of a growing trend in video games today and becoming masterpieces of character design. This awe-inspiring pool of Video game names for girls can help new parents looking for beautiful and creative names for their little angel.

Aerith is the Japanese transliteration of the English word ‘Earth.’ Aerith Gainsborough is a lead character in Final Fantasy.

This Spanish name means “loving.” It may have come from Hebrew Anna, meaning ‘grace,’ and French belle, meaning ‘beauty.’

This Greek mythological name is derived from the city name Athens. Athena was the goddess of wisdom, warfare, handicrafts, mathematics, and courage.

A bayonet is a blade adapted to fit the muzzle end used as a weapon in close combat. Stunning Bayonetta from “Bayonetta” video game stands out by killing both angels and demons.

Billie is the cunning and deceptive assassin in the Dishonored series. Derived from the Old High German name, Willahelm means ‘resolute protection.’

This French name comes from the ancient Irish Brighid and means’ strength or exalted one”.

Chloe in Greek means “young green shoot.” She is the goddess of agriculture and fertility, Demeter.

A variant of Old English, Dana, Daena means “from Denmark.”

In Greek mythology, Daphne was the nymph daughter of Peneus, a river god. It means ‘laurel tree’ or ‘bay tree’ in Greek.

This pan-European version of Helen has roots in Spanish, Italian, Slavic, and Romanian languages. It comes from the Greek word Helene, meaning “torch.”

Epos means “horse,” and the suffix “-ona” means “on.” Epona was the Celtic goddess of horses and appeared in “The Legend of Zelda.”

Eva is the Latin form of Hebrew Eve, meaning ‘life.’

A supporting character in the video game ‘God of War,’ Freya comes from the Old German frouwa, meaning “lady.”

Ivy came from the Old English word ifig and was considered a symbol of fidelity by ancient Greeks.

Jaine appears in the game World of Warcraft. Jaine in Hebrew means’ gift from god’.

Junko is a fictional character in the Danganronpa series. This name means ‘obedient’ or ‘pure’ in Japanese.

Kairi in Japanese means’ sea’. She is the main female character in Kingdom Hearts.

Kassandra appears in Assassin’s Creed. It means ‘she who fills men with love’ in Greek.

Kasumi is a ninja in the Dead or Alive series. This Japanese name means ‘mist.’

Kat is the diminutive for Greek Katherine, meaning ‘pure.’

This name is of Scandinavian origin and means’ follower of the Christ.’

Mileena is a character that appears in the video game Mortal Kombat II and means “love, warmth, grace.”

This name of Irish and Gaelic origin means “noble or aristocratic.”

Navi in Hebrew means ‘to name.’

This magnificent name comes from the English word pearl, a complex, roundish object produced within the soft tissue of a living, shelled mollusk.

The Japanese Rikku is one of the lead characters of the “Final Fantasy” video game series. It means ‘land,’ or ‘continent.’

This diminutive of Katherine is an English form of Greek name meaning ‘pure.’

Sora in Japanese and Korean means’ conch shell’ or ‘sky.’

Tira means ‘village’ in Hebrew and is derived from the Norse God Tyr, the god of war and justice.

Jill Valentine is a fictional character in the Resident Evil video game. Valentine comes from the Latin word Valens, meaning “strong and healthy.”

This American name is a variant of Bella, meaning ‘beautiful.’

Characterization in video games has come a long way. Writers have shifted from stereotypical 2D action heroes, offensive caricatures, clumsy sidekicks, exaggerated and hypersexualized women towards painting stronger characters that make players empathize with their dilemmas. Hence, naming a child after a video game character can motivate them to take an interest in playing them. It can also teach them high-level thinking skills, act as a stress-relieving mechanism and enhance problem-solving abilities. There is also a potential that they will emulate characters who shape their personalities in the future.

Trust in a Relationship – Importance of Being True to Your Partner