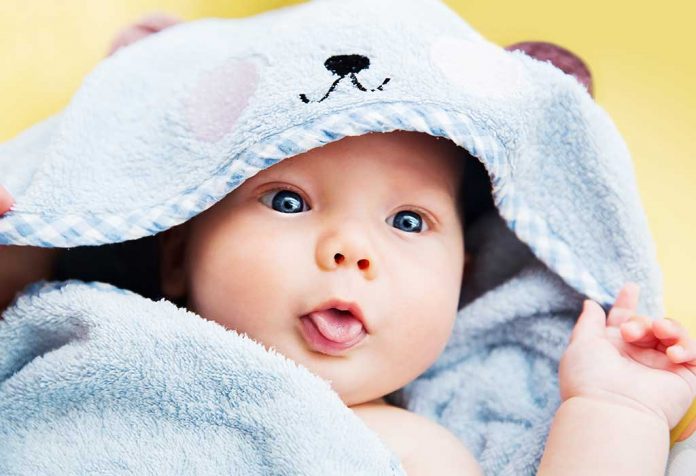 When it comes to choosing the right name for your little one, there are many things you need to consider. Most parents prefer naming their child after either the mother or father’s initials. Some are just interested in a name that’s unique and different, while some parents like to name their children after a person or character who is close to their heart. Names starting with ‘A’ are quite common, but how about names starting with ‘Ab’? In this post, we have listed the top 50 unique boy names that start with Ab!

Here goes the list of 50 names that start with ‘Ab’ for a boy baby!

A royal ancient Egyptian name which means ‘King of Gold.’

A rare Arabic origin name that means ‘servant of truth.’ The pronunciation of the name is ‘Abd al-Haqq.’ Al-Haqq is considered amongst the top 99 names of God in the Quran!

A classic African name meaning ‘the one who brings happiness!’

One of the most popular and adorable names of all times, Abbas is an Arabic origin name which means ‘lion.’

An Aramaic origin name that means ‘the head of a religious community of monks residing in a monastery.’

Abdallah is an Arabic name that is derived by combining two words Abd and Allah. Abdallah means ‘servant of Allah.’

An ancient German origin name that means ‘noble strength.’ Abelard was a name derived from the Hebrew name Abel!

A sweet and adorable Hebrew origin name which means ‘servant of God.’

Abdu is a shortened version of the classic names Abdul or Abdullah. It is a Swahili origin name meaning ‘worshipper of God.’

Abdul is an African origin name that means ‘servant of Allah.’ Abdul is a common name in Africa and Arabia!

One of the most popular Arabic origin name that’s famous all across the world! Abdullah means ‘servant of God.’

Pronounced as ABD AL-RAHMAN, Abdulrahman is an Arabic origin name that means ‘servant of the merciful!’

An ancient Arabic origin name, Abdulrazak means ‘servant of the all-provider.’ The correct pronunciation of the name is Abd Al-Razzak!

Abed is an Arabic origin name that means ‘one who worships or adores!’ Abed is an ancient name that’s not very common these days.

Abel is a Hebrew origin name that means ‘breath, vapor or son!’ Abel reminds us of the biblical story Kane and Abel!

Abhaid is an ancient Arabic origin name that means ‘immortal.’

A sweet Sanskrit origin name suitable for boys! It means ‘without fear or fearless’ a trait you would want your son to have!

Quite a common name in India and other Asian countries, Abhi is a Sanskrit origin name that means ‘fearless.’ Abhi can also suit as a nickname to other names such as Abhishek, Abhinav, etc!

A Hindu origin name that’s quite popular in India. Abhigyan in Sanskrit means ‘most intelligent.’

Another popular Indian name, Abhijit means ‘victorious’ or ‘conqueror.’ In Sanskrit, Abhijit is also the name for the brightest star in the Northern constellation of Lyra, Vega!

Quite an unconventional name, Abhiman is a Hindu origin name meaning ‘self-respect.’

A cute and adorable Asian origin name meaning ‘Heroic or the one who defends honor!’ In the famous mythological tale of Mahabharat, Abhimanyu was a fierce warrior who had shown extraordinary courage during the war against Pandavas!

An Indian origin name meaning ‘young, new and innovative.’ A famous bearer of the name is Abhinav Bindra, an Indian Olympic Gold Medalist!

An Indian origin name that has a very pure and spiritual meaning! Abhishek means anointed, purified or cleansed.

An Arabic name which means clear or eloquent.

A classic Hebrew origin name, Abiel was the name of the grandfather of Saul according to the old testament. Abiel means ‘God is my father.’

According to the old testament, Abner was the name of the cousin of Saul. It is a Hebrew origin name meaning ‘Father of light.’

With infinite variations and a stunning charm and elegance, Abraham is a name that will never go out of style! Abraham is a Hebrew origin name meaning ‘father of many,’

A stylish variation of the name Abraham, Abrahim means ‘father of a multitude of nations.’

Another modern variation of the name Abraham, meaning ‘father of many.’

A Hebrew origin name meaning ‘father of a mighty nation.’

A Sanskrit origin name meaning ‘to be interested and delighting in pleasures or hobby.’

A Muslim origin name that’s common in Arabic countries, It means ‘the servant.’

An Indian origin name meaning ‘the most handsome.’

We hope that the above list of names would help you choose the name that’s perfect for your little bundle of joy! Happy parenting!

Age-appropriate Technologies for Kids – Digital Milestones to Aim for

A Short Note on the Magic of Breast Feeding

Using Cough Drops During Pregnancy – Is It Safe?