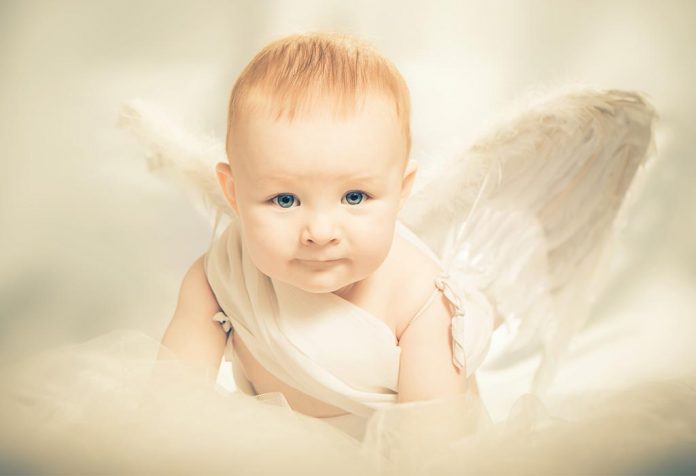 Choosing a name for your baby is an important step, and often the most confusing, but yet it is the fun part of being a parent. Everyone wants a unique, beautiful and meaningful name. Your children will be associated with that name for life and this is the first gift you give them as parents.

We have compiled a list of 50 names for baby boys and girls which means a healer. The word healer has a beautiful meaning to it and would bring positivism in the child’s life.

If you are looking for a name that has a spiritual ring to it, choosing a name that means a healer can be a good option. Healing is a wonderful quality to have in a person. Any ailment, be it physical, emotional, mental or psychological can be treated by healing energy. So we’ve listed 50 baby names meaning healer for your baby girls and boys.

Below is a list of 25 names for boys with description. Names that mean – The Healer:

Before Jason, it was Aeson. This variation of name had commanded the hearts and minds of the warriors. Aeson means ‘healer’.

Alaunus is the name Sun God in Gaulish. It also means prediction, and revenge, which also happens to be related to the Greek god named Apollo. The name Alaunus signifies ‘brightness’.

Apollo is the Greco-Roman Lord’s name for light, sun, music, and healing. Apollo is a quite well-known name in the world and carries a lot of historical background to it.

Arpachshad, a Jewish name, meaning ‘healer or helper’, is the name of one of Shem’s children, Noah’s oldest child. If this name sounds too old for you, you can take its variants, Arphaxad.

A simple, sober, and scriptural name, Asa, means ‘expert, healer, or an individual born in the morning sun’. This is a uni-sexual name, that sounds equally good on females.

In Arthurian mythology, Bliant was Selivant’s brother who fought against Lancelot but was eventually defeated. The name Bliant signifies ‘healer’. Bliant is also a unisex name.

Chiron is a centaur known for its great knowledge and healing capabilities. This is a two syllable word which sound soft and romantic and has an ancient mythological background as it comes Shakespearean era.

Errapel, the name means ‘divine healer’, is well-known name in Israel, yet has never been in vogue or made famous in various parts of the world.

Galen is the name of a second-century physician who developed the basis of medicine. Galen means ‘quiet or healer’.

Grannus is a Gaulish God associated with the cooling fountain also known as the healing spring in the city of Granum.

The God of Heka was an ancient Egyptian god related to wellness, healing, and health. It is a name that is easy to spell.

Helem, an Israeli word, signifying ‘to dream or to heal’. This name is slowly losing its existence, however if you like sound of it, you can definitely pick it up for your boy.

The name Hickey comes from Israel and it means a healer.

Iason is the root word from which the name, Jason is derived. It comes from the terms “iȃsthai”, which means ‘heal, treat’ or “iȃtrikós”, which signifies ‘healing’.

Jayr, which means ‘healer’, has been used in America since the founding of the provinces, all thanks to the Puritans. Despite being an old name, its a rarely used one.

Josiah is one of the biblical words that means healing from a multitude of old and archaic names. This Jewish name indicates that ‘Jehovah Heals’.

Josias is a variant of Josiah which also has the same meaning as Josiah.

Ken is a boy name with various origins. In Japanese, Ken means a strong and healthy boy.

Maponus is a Gaulish god associated with water in the healing spring. Other than that, he is identified with verses, songs and compositions.

Melchi-Shua is a name from Israel origin. In Israeli, this name means the king of health or a magnificent king.

With the enthusiasm for the healing names at its climax, would-be mommy’s and daddy’s can take up Ninazu for their baby’s name. It means God of healing in Sumerian religion.

On the chance that you consider your baby to be one as a little divine figure, then you can choose to name him Ninurta, the name of the Mesopotamian lord of the South Wind, and healing.

Rafael signifying ‘God has healed’, is certainly a fantastic first blessing to give your child. It also shares it meaning with Archangel Rafael known as the healing angel.

Rafal is a Hebrew and an Israeli name. It means God’s healer.

If you need a name from the opposite side of the world, you can pick Wong, the main name of the Chinese god who has the power of healing. 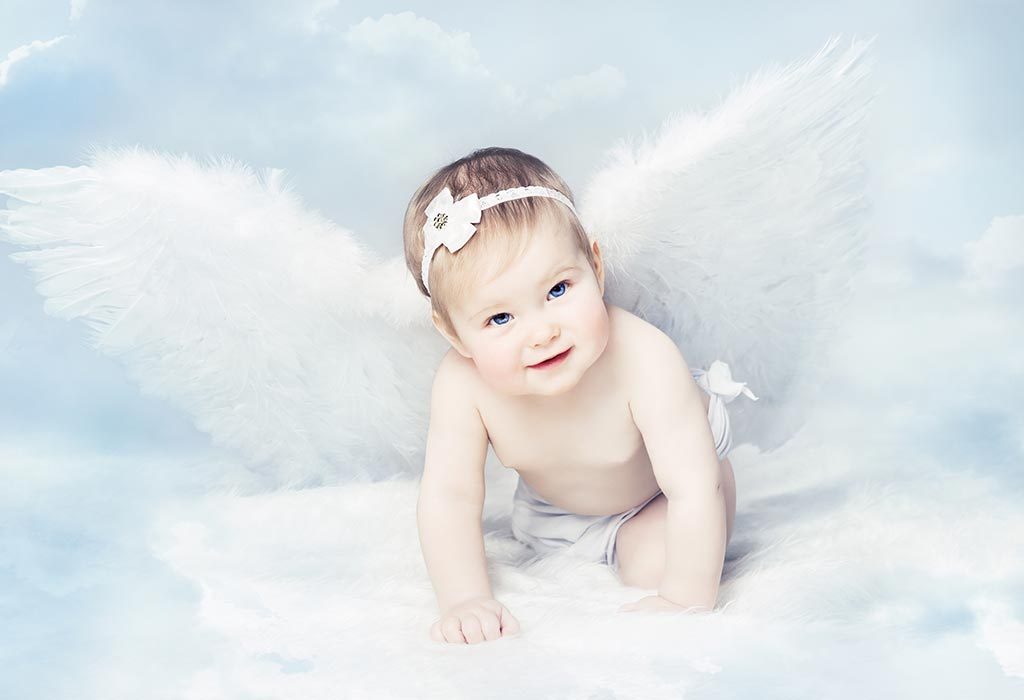 If you are having a baby girl, we have 25 names for you for your little daughter that means healer:

This one is for parents who want their girls to be named with intense names. Aala means ‘a person who chases and heals’.

Aceso, the goddess name for recuperating and sickness, is a case of a fanciful female healing name.

The name Airmed comes from the Irish mythology. A woman named Airmed was known for her ability to heal people during battle. There goes a folklore that healing herbs sprouted from her tears and healed the body of the injured.

This sentimental and ethereal name comes from the Greek folklore and has a peaceful ring to it. Althea implies healing power.

Amethyst has been utilized in healing and enchantment since time immemorial. As Amethyst is a birthstone from February, it would be best utilized for a young lady from February.

Bona, the main name of the Roman goddess of virginity, ripeness, and healing, qualifies as being one of the most practical alternatives for legendary names.

Brighid, signifying ‘strength and force’, is the name of the goddess of fire, verse, intelligence, and healing.

Cannenta is an extravagant and ladylike Latin name, signifying ‘healer’.

Eir, the name of the Norse goddess, exemplifies healing, mercy, and help. This light and  vaporous name is multi-social, delightful, and fairly extinct. You can opt for this name, if you are looking for a name that so not very common.

Emma, the generally acclaimed name, has numerous takers everywhere throughout the world. So no big surprise individuals decipher it unexpectedly. While its most regular meanings are ‘widespread, complete or whole’, in Teutonic, Emma signifies ‘healer of the universe’.

Febris is an ancient mythological name that originated from Rome. It is literally translated to fever. A goddess named Febris was known to cure malaria and fevers.

Galena is the female variant of Galen and signifies ‘healer or quiet’. Besides, Galena is likewise the name of a sort of lead.

Gro is a Danish signifying ‘to develop, to heal’, has never really been a standard female name.

Iaso, the name of the goddess of remedies, cures, and healings, sounds ladylike in a larger number of ways than one. We especially love this ‘o’ finishing.

On the off chance that straightforwardness isn’t your cup of tea, you can decide on taking on this complex name for your girl child. Ianuaria, the name of a Celtic goddess is related to healing.

Leigh has several meanings. In Celtic, Leigh signifies ‘healer’. This name can likewise be spelled as Leigha. It is a unisex name.

In case you’re not shy about utilizing a fanciful name for your girl, opt for Meditrina, the Roman goddess of healing. Meditrina is enabled with the appeal to reestablish wellbeing when exhaustion, summer, or winter sets in.

Panacaea, the little girl of Asclepius and sister of Hygieia, was the goddess of healing utilizing remedial prescription. It’s her name from where we got the word Panacaea, which implies a remedy for all illnesses. It’s said that Panacaea would convey an enchantment mixture, which she used to recuperate individuals and keep the disease under control.

Regardless of whether you spell it as Raffaella, Rafaela, or Raphaela, this excellent name will always summon pictures of a lady with dark eyes and long streaming hair. Rafaela signifies ‘God has healed’.

Reselda, an enchanting Latin American name, which means healer, is getting a charge out of moderate degrees of utilization in European nations.

Sekhmet is the Egyptian Healing and Medicine Goddess’s name. We doubt his name’s got enough takers in the 21st century.

Shaushka, implies goddess of war, fertility, and healing, was never really hyper-trendy in the Hittite mythology, but has always proved the test of time.

The name Sirona belongs to the Celtic healing goddess. In the eastern Gaul, the figure of Sirona appears in carvings near the German sulfur springs. Even its temples are built near the thermal springs and healing wells.

Żywie is the wonderful name that is given to the goddess of health and healing in Slavic mythology. Żywie is not just unique, but is also a distinctive choice for your little princess.

Finding a name can be confusing, as there are hundreds and thousands of names to choose from. A name with a powerful meaning like a healer can definitely bring positivism into your newborn’s life and to everyone around them.

Hysteroscopy for Infertility – How Does It Improve Fertility?