20 Presidential Baby Names to Choose From

20 Presidential Baby Names to Choose From 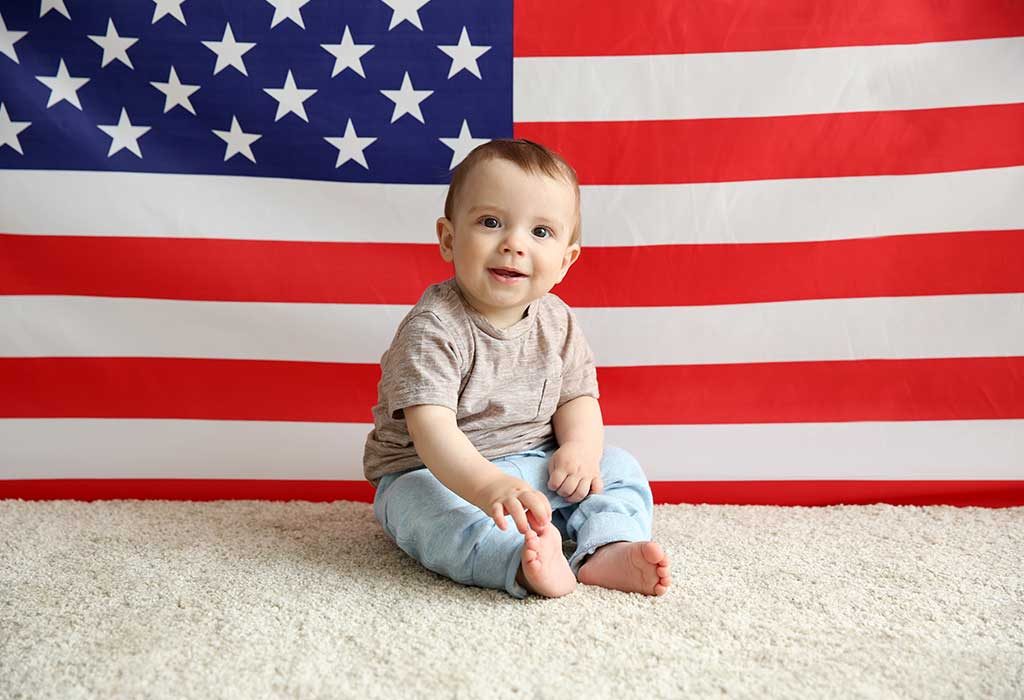 Names are an easy way to get someone’s attention as well as get recognition in society. There is a great deal of difference from one culture to another in the way names are given. Regardless of how it happens, the ritual of giving and receiving of names is an event of great importance. Presidential names for babies can be quite powerful. These names invoke positive energy, a sense of accomplishment and awe that may inspire your child to aim high in life. You can establish a sense of patriotism and strive to live up to the lofty legacy of the name. Presidential boy names are becoming increasingly popular. They are stylish, popular and a great way to honour your new-born child. Here is a wide selection of distinguished presidential names straight from the Oval office that can be easily selected for your little one.

This compilation of the best presidential names for babies with their meanings has been researched well to help you to pick your favourite one.

This name of Hebrew origin means ‘father of multitudes’. The Biblical Abraham was the founder of the Jewish community. Lincoln has a Celtic origin and refers to ‘the lakeside colony’.

Arthur Chester was the 21 second US president from 1881-1885. Arthur is derived from the Celtic word artos meaning ‘bear’ while Chester means ‘lives at the camp of the soldiers’. It evokes the feeling of strong, noble or kingly.

This name of Arabic, Hebrew, Swahili origin meaning “thunderbolt, lightning; or blessing”. Barack Obama was the 44th president of the United States and he inherited this name from his Kenyan father. It is related to the Swahili word ‘baraka’ meaning ‘blessing’ derived from the Arabic word ‘baracka’.

Benjamin Harrison was the 23rd US president. Derived from the Hebrew name Binyamin this one is quite famous among the presidential baby boy names and means ‘son of the right hand’.

Grover Cleveland was the 22nd and 24th president of the United States. Cleveland has an English origin and means ‘hilly land, from the cliff’.

The former president Bill Clinton is one of the most famous bearers of this name. The origin of Bill is ‘resolute protection’ while the surname comes from the headland estate or hillside town.

Derived from the Gaelic name Domhnall, Donald has a Scottish origin and means ‘proud chief’. Donald Trump was the 45th president of the US.

Franklin D. Roosevelt was the 32nd president of the USA. The name is of English origin, and it means a ‘free man’.

This strong, saintly, royal yet friendly and unpretentious name has a Greek origin and means, ‘farmer’. George Washington was the first president of the US who is considered as the ‘father of the nation’.

Andrew Jackson was the 7th President of the United States. Jackson has an Old English origin and means ‘son of Jack’.

This name of English origin means ‘son of Matthew’. He was an American statesman, diplomat, philosopher, expansionist and founding father who served as the fourth president of the US.

This popular unisex name has an Irish origin. It comes from the Gaelic word Caenn that means ‘chieftain’ or ‘leader of a clan’.

An abbreviation of Nichola, Nixon means ‘Nick’s son’. It has an English, Irish and Scottish origin. The mythological Nike was the Greek goddess of victory.

Quincy belongs to the Roman clan and has a French, Portuguese and Scottish origin. It means ‘fifth son’s estate’. He was the sixth president of the United States.

Reagan means ‘powerful’ and has a Gaelic, Scottish, English and Scandinavian origin. It means ‘little king’ in Irish.

Theodore has a Greek origin and means ‘gift of God’. It is a derivative of Latin Theodorus, while Roosevelt has a Dutch origin meaning ‘rose field’.

Jefferson has an English origin and means ‘son of Jeffery’. Thomas is derived from Aramaic personal name that means ‘twin’. It has a Biblical reference to ‘Thomas the Apostle’. Thomas Jefferson served as the third president of the United States.

This name of English origin means ‘loyal one’ while Harry has an Old German origin meaning ‘home ruler’. Harry S. Truman was the 33rd president who radiated an aura of integrity, moral truth and values.

Ulysses is a Greek name of the hero of Homer’s Odyssey. Originally derived from Latin Grandis, Grant means ‘tall’, ‘large’. He was the 18th president of the US.

Zachary has a Hebrew origin and means ‘the Lord remembered’. Zachary Taylor was the 12th president of the United States.

Instead of choosing an easy route of choosing a name for your baby after a friend or family member, you can consider one of these presidential names from America’s chequered political history that would make your child stand out in the crowd.

Previous article « Should Pregnant Women Consume Propranolol?
Next article Positive Reinforcement vs Positive Punishment – Which Technique Is Better for Kids? »