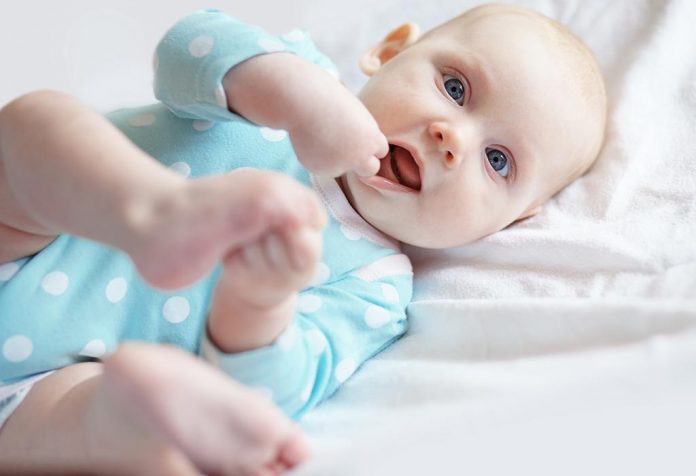 As infants get older, every parent comes to see a stage where their babies begin to chew their tongue. It can be an alarming sight for some parents, while for many others, it’s amusing or cute. Most often, infants chewing on their tongue is a harmless behaviour, and it is unlikely that there is an underlying issue. If you still think your baby’s tongue-chewing behaviour is odd, continue reading to know all about why it happens and what you can do about it.

Is It Normal for Infants to Chew Their Tongue?

In the majority of cases, tongue chewing is a sign of normal development in all infants. It could be caused by several factors, starting from discovering their tongue to chewing it for amusement. Most babies outgrow this habit in a couple of weeks, and it doesn’t cause them any pain. If it did hurt, then your child wouldn’t persist in the behaviour. If you find that your baby seems to be gumming his tongue normally like any other day, then he is probably just amused by it. If you notice something abnormal in the way he does it, check his mouth for any small objects.

Reasons Why Babies Chew Their Tongue

Here are a few reasons why babies chew their tongue:

1. They Just Discovered Their Tongue

As babies become more aware of their own bodies, they tend to become explorative and playful, and chewing their tongue can result from them discovering it. If you have noticed that your 4 month old is chewing on his tongue, then there is a good chance that he has just become aware of it as this is the age for doing so. They get a feel for the mechanism in their mouth and spend a great deal of their time using it until it feels normal to have a tongue. Most often, if you see that the tongue-chewing starts at around 4 months, it’s just your baby being curious.

All babies are born with a range of natural reflexes that signal a specific need. The sucking motion infants make with their tongue and lips indicate their need to feed. This is the reason why when you touch the roof of their mouth, they immediately begin to suck. If their palate (roof of the mouth) is touched by an object such as a feeding nipple or a pacifier, they will continue chewing on their tongue because of their extended reflex. The extrusion reflex could also be another cause for their tongue-chewing. This reflex makes them stick their tongue out to get a better latch on the breast or bottle. These reflexes could easily be triggered when you are playing with them.

Teething is a stage where their tiny milk teeth start to break out of the gums, causing some pain and discomfort. To ease the annoying pain, babies try to chew their own gums or any soft object that you put in their mouth. You would notice that they would even chew on your finger to ease their irritating gums. When babies discover that their tongue is always present in their mouth and can be manipulated, they start chewing on it for comfort. If teething really is the reason behind their tongue-chewing behaviour, you should also be able to notice other developments such as excessive drooling, gum inflammation, and the urge to bite.

Babies, around the age of six months, start showing readiness for solid foods by chewing their tongue. This is a milestone and a protective behaviour called the tongue-thrust reflex. This reflex causes babies to push solid foods out of their mouth using their tongue to avoid choking. As they continue to develop, the reflex disappears to allow them to eat solid foods. The tongue is also used to move food around the mouth while chewing from one side to the other and to send it down the throat without choking. These sophisticated movements start as babies chew and move their tongue around.

Although children and individuals with autism display repeated tongue chewing behaviour, it is not indicative of it in babies. Autism is a complex condition that requires much testing at different stages in the child’s life for a positive diagnosis. 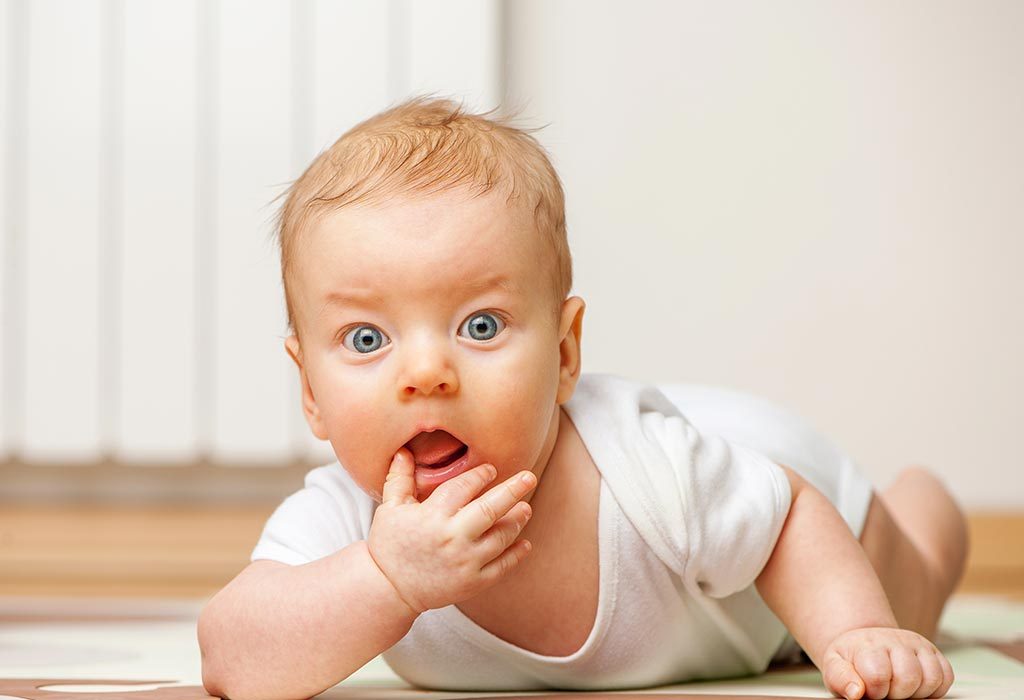 What Can Parents Do About It?

Although tongue chewing can just play, if you are concerned about it, you can do a few things to rule out other possibilities. Try these interventions:

1. Look for Signs of Hunger

Hunger-related tongue chewing can be reduced when you start feeding your baby as soon as he begins to show signs of it. Hunger cues in babies include opening the mouth, sticking the tongue out, and smacking the lips.

2. Start Them on Solid Foods

If your sixth-month-old baby still chews on his tongue, it could be that he os ready for solid foods, and the milk or formula alone isn’t satiating his hunger. Start with purees and semi-solids that are easy to chew and swallow, and slowly increase the range of solid foods. Consult your paediatrician if you have any doubts.

3. Give Them Teething Toys

If you suspect their tongue chewing behaviour is triggered by gum irritation due to teething, you can offer them soothing toys that they can chew on for comfort. A number of teething toys also come with the option to be cooled in the refrigerator, giving their gums some extra soothing effect.

4. Try to Distract Them

Your baby is probably chewing his tongue because he is amused or just discovered it. However, if you are bothered by it, try to distract him with a noisy toy such as a rattle or a chew toy to break the habit.

If your baby’s tongue chewing is due to irregular hunger pangs, then you can fix it by feeding him on a schedule. Have a fixed schedule for feeding him on time, so he adapts to when his meal is supposed to arrive.

Should Babies Be Given Chew Toys Instead?

Babies who are teething will find a great deal of comfort by chewing on teething toys. If you notice that they are chewing their tongue during the same time as they are teething, chew toys can help a great deal to stop the behaviour.  Good quality chew toys are made out of rigorous testing and are safe for babies.

When To See A Doctor?

In most cases, tongue chewing is relatively harmless and can be fixed by feeding or distracting babies. There are instances when you should consult your doctor, such as :

If you feel that your baby’s tongue chewing looks well over normal and seems to present actual danger, it could be an indication of an underlying cause. Oversized tongues and poor muscle tone are two physiological factors that contribute to this behaviour. If you notice that your baby finds it difficult to breathe while chewing his tongue or that there is a bluish tinge around the mouth, rush him to the hospital immediately. If there are no emergency symptoms, talk to the doctor about your concerns and what can be done.

Babies won’t repeat any action that causes pain. Sometimes they could accidentally bite their tongue harder or have a painful sore from all the chewing. If they cry under such instances, offer them a chew toy to distract them. If you see that they continue chewing despite the pain, see a doctor immediately.

3. The Habit Continues for Longer Than Usual

Any reflex action associated with your baby’s tongue will disappear over time. When your baby first discovers his tongue, his chewing would only last for a few weeks. By the time babies are 12 months old, they should have gained full control of the tongue and if you find that your baby still chews on his tongue at 12 months, consult a doctor.

Anomalies in the mouth can cause the tongue to be improperly positioned, leading to babies chewing on it constantly. Genetic conditions that lead to an abnormally large tongue can also be a factor as the tongue could interfere with chewing.

Tongue chewing in most babies is a developmental behaviour that will fade in a matter of weeks. In some instances, it could be caused by other factors such as teething or foreign objects in the mouth. In rare cases, it could be an indicator of a problem. Make sure to consult a doctor.

10 Best Back to School Crafts for Children

Winter Diarrhoea – A Common Problem during Winter and our Experience