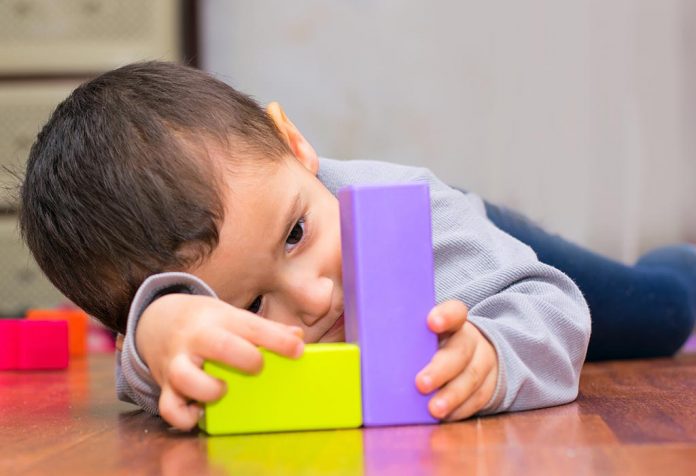 Autism is often detected by the time a child reaches the age of three, and it can affect the child’s development. Autism can affect any children; children all over the world, regardless of their race, age and overall health, are susceptible to it. Though children have seen improvements and benefited from therapy, it is still considered permanent as it is something that they carry into their adulthood.

Autism Spectrum Disorders (ASD) cause difficulties in interacting socially. A child who has autism may experience challenges while communicating with others and may display the tendency to engage in repetitive behaviour. The intensity of the symptoms may vary widely in these three areas, but they are the main three factors that define autism. For some, these may prove to be mild challenges, but for others, they could be severe and may pose a challenge in day-to-day life, as being unable to communicate well and repeating behaviour interferes with daily life.

How Common Is It among Babies?

What Causes Autism in Infants?

Sometimes people with genetic mutations that are connected with autism do not show any signs of it as it appears to be dormant. Exposure to certain environmental factors such as infections or chemicals may eventually result in autism becoming more active. Since this reaction can be quite unpredictable, some people with genetic mutations do not show any visible signs of autism even after being exposed to these environmental factors. If an infant suffers from neurological disorders, autoimmune diseases, a faulty metabolism or an overgrowth of brain tissues, there is a possibility that the child will spontaneously develop the condition. Autism can also be present in children who suffer from Down’s Syndrome and fragile X syndrome.

Prenatal Factors That Cause Autism in Babies

Though multiple factors influence a child’s development that results in autism, there is always a common link between the disorder and pregnancy. Here are a few things that occur during the prenatal period that may result in autism in your child:

Signs of Autism in Babies

Signs of autism may begin to show when a child is an infant and these signs may progress as the child grows. Here are some of the early signs of autism in infants that you should look out for from birth to one year of age:

How Is Autism Diagnosed?

If autism already exists in your family, your baby will have a higher chance of developing the condition. If you already have a child who has been diagnosed with autism, then your child will have an 18% chance of also being diagnosed; however, in the case of identical twins, if one is diagnosed, there is a 95% chance that the other will be diagnosed as well.

The doctor will look for the signs in your baby’s behaviour that indicate he may have autism. Most of the time, by the age of one year child, begins to show differences in behaviour though some minor signs can be seen early also.

There is a questionnaire called “Modern Checklist for Autism in Toddlers” (M-CHAT) that contains 23 questions that cover all the different aspects of autism. These include behavioural problems, language delay, and an overall shift in behaviour. This also helps a doctor diagnose autism in children.

How Is Autism Treated in Babies?

Though researchers are trying to find a solution as to how to tackle the condition at its early stages once and for all, they have not made much progress, and there is no cure for autism. There are ways in which parents of toddlers and infants with autism can manage the problem in a more understanding and comfortable way.

How to Manage Autism in Babies

If all the caregivers involved, including parents and doctors, play their parts well, taking care of and raising a baby who has autism can become less of a challenge. Here are a few ways in which autism can be managed:

It is very important for parents to educate themselves on what autism is. This will help you later as you are able to meet any challenges your child may throw at you in the correct way.

Depending upon your child’s age and the severity of your child’s condition, your doctor may suggest a therapy that will be suitable for your child. The Applied Behaviour Analysis (ABA) is highly recommended as this behavioural therapy involves enforcing desirable social and behavioural traits in an autistic child. As infants and toddlers have difficulty in learning at the same pace, a normal education might not be effective for them. Having a toddler undergo therapy for communication may help him during later life.

Children with autism do not seem to have much regard for safety and often do things to put themselves at risk. Making sure that your home is childproofed well can help you during your child’s developmental years.

Therapy is really the best way to help children with autism; however, in some cases that are severe, your doctor may have to prescribe medication that will subdue certain symptoms (OCD and depression) in your child.

Can You Prevent Autism?

Researchers are in the process of understanding autism, but since they are unable to pinpoint the exact causes, all one can do is follow the basic rules of pregnancy with relation to diet, exercise, and general lifestyle. There have not yet been a proven method of preventing autism.

If there is timely intervention and proper therapeutic measures are taken to help children learn to cope with the condition from a young age, they are very much capable of growing up to live relatively normal lives. According to the US Centre for Disease Control, about 44% of people diagnosed with autism have an average, or sometimes even above average intellect. Toddlers with autism have been observed to have a better memory of numbers and music. Does Vaccination Make a Baby Susceptible to Autism?

It is very important to protect your child from diseases at a young age, and this is why vaccinations are important. However, it should be noted that these vaccinations do not cause autism in newborn, nor do they protect them from developing it later on in life. The factors involved in developing the condition are different.

All children develop at different paces, so don’t worry if your child develops at a different pace than others. Your child might be a little late to walk or talk, but this is found to be common among a lot of children who grow up without developing autism as well. If your child is diagnosed with autism, remember, it is not a disease, but a disability that can be overcome with love, support and encouragement from you and the other caregivers involved.