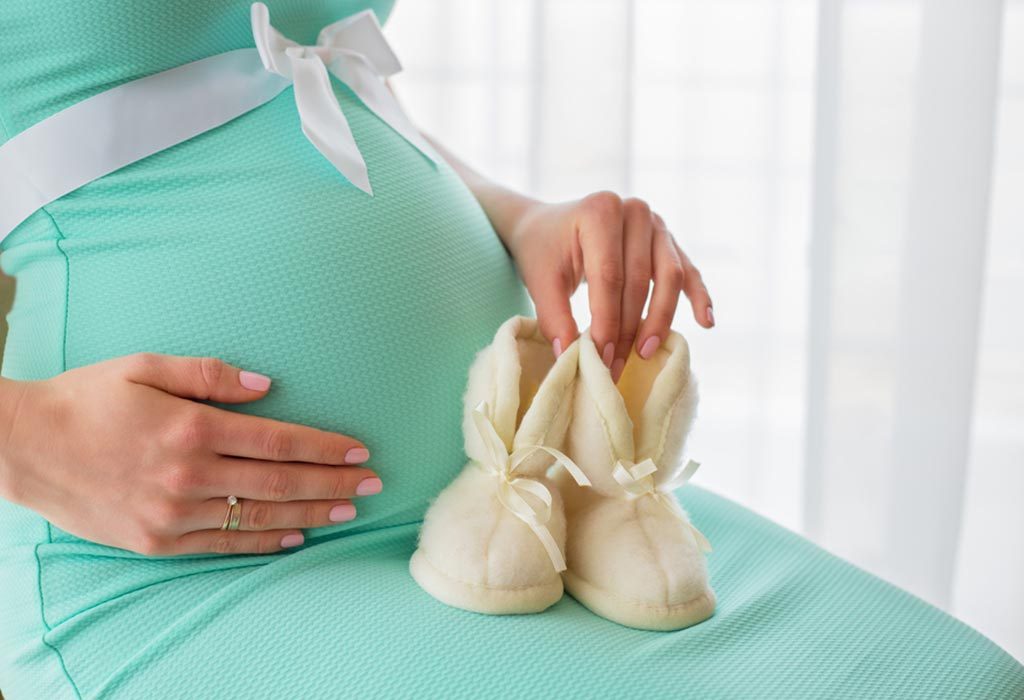 There are many signs of pregnancy like great skin, lustrous locks of hair and putting on weight. However, the most visible is the protruding belly or the baby bump. It is only after your baby bump starts showing that people around you start knowing you are pregnant.

When Does the Baby Bump Start Showing?

Once you know that you are pregnant, the first thing that you want to know is, “When will I look pregnant?” If you ask your doctor about your baby bump, all he will say is that there is no certainty. The baby bump may be visible early in some people and little later in others. In some women, it is not clearly visible even when they are well into their second trimester. Ideally, it should start showing after you have crossed your 12th week. The expanding uterus and its growth beyond the pelvic girdle during this time make your belly grow during pregnancy. The amniotic fluid also increases around this time, making your belly look larger. So, let us understand when you will get a visible baby bump during pregnancy and the factors that influence an early or a late baby bump.

Factors that Determine When the Baby Bump Starts Showing

There are many factors that determine when a baby bump starts showing and the pregnancy becomes visible to everyone around. These are some of them.

A mother’s age is one of the biggest factors to determine when she starts to show. The belly starts showing earlier in older women, as the muscular tissues around the abdomen are stronger in younger women.

When you are pregnant for the first time, your belly bump may show up a tad bit later. For your subsequent pregnancies, it may be seen early. The reason being, the fascia (a band made of fibrous tissue) is already stretched during the time of your previous pregnancy. Thus, it will be more elastic during the later pregnancies. Moreover, the uterus also becomes larger, since it has been already stretched during your first pregnancy.

In case the mother-to-be has a family history of female relatives whose bump showed early or later during pregnancy, she may also follow the same pattern.

If the pregnant woman is overweight and has extra flab around her abdomen, her baby bump may be visible weeks later than a mother-to-be who has normal weight. The belly fat around the abdomen hides the bump. However, it becomes visible around 18 weeks of gestation when the baby starts growing bigger.

It is obvious for a pregnant woman with twins or more to have everything related to pregnancy earlier than normal. It requires more space in the womb to accommodate multiple babies than a singleton. Therefore, a would-be-mother having multiple babies in her womb starts showing a baby bump in the first trimester itself. The physique of a woman is also an influencing factor in determining the time when a baby bump will start getting visible. A woman who is tall and well built will start showing 3–4 weeks after a woman who is short and thin.

8. Bloating Due to Gas or Constipation

A gassy stomach (common during pregnancy) may cause the belly to expand, which may sometimes be wrongly interpreted as a baby bump.

Are you pregnant for the second time, have crossed the 14th – 15th week, and your baby bump is yet to be seen? Check with a healthcare professional if you have been given the correct due date. A wrong due date could result in confusion, as you may think that the baby bump has appeared too early or too late.

Some women may experience water retention in the lower belly, along with the hands, legs and face. This may make the belly look big.

Wearing tight-fitting clothes, especially around the belly area, during pregnancy makes the bump more prominent. On the other hand, the baby bump may not be easily noticed in pregnant women who wear loose-fitting clothes,

Whether your pregnancy is showing or not doesn’t really matter. Sooner or later, it will. What is more important is to eat healthy, sleep well, relax and to avoid stress as much as possible. Giving birth to a healthy baby should be your goal during pregnancy, and everything other than that should be trivial.

Previous article « 12 Best Herbs to Boost Fertility
Next article When Can Babies Hear in the Womb? »