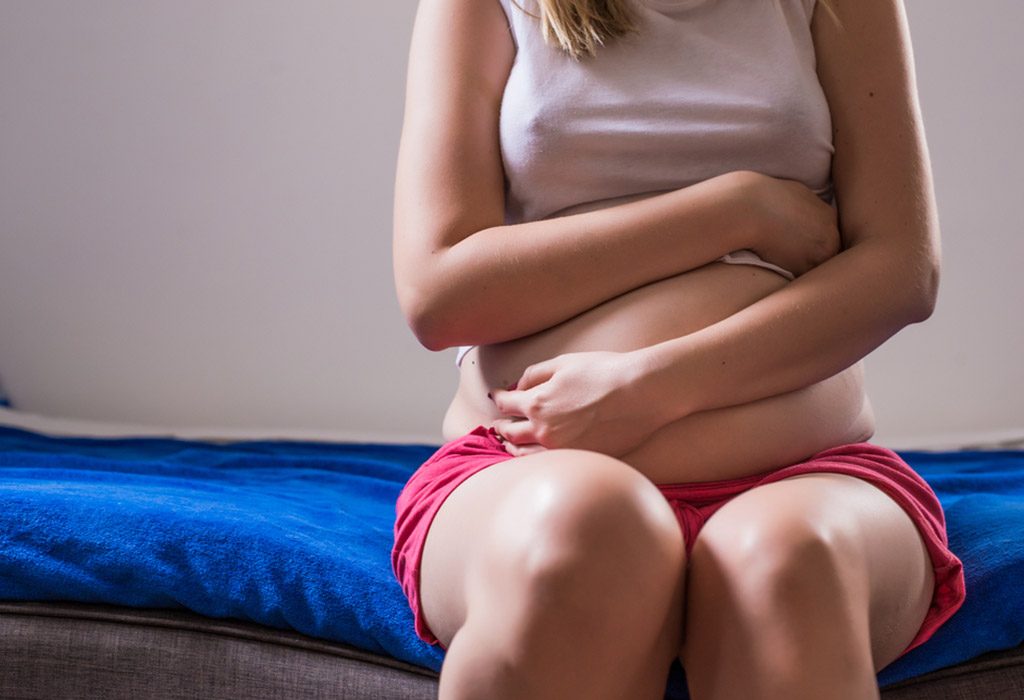 The uterus is an inverted pear-shaped, hollow organ where the foetus grows during pregnancy. This organ nurtures the baby throughout the duration of pregnancy. A healthy uterus is, therefore, a prerequisite for the healthy growth and safe delivery of the baby. Sometimes, physical anomalies may affect the uterus affecting pregnancy and childbirth. One such physical anomaly is a condition of the retroverted uterus. Read on to all you need to know about this condition.

What Is Retroverted Uterus?

Most women usually have an anteverted uterus, i.e., when the uterus tilts forward at the cervix or toward the abdomen. Some women may have a tilted or a tipped uterus where it is tipped or tilted backwards inside the pelvis. The uterus is called retroverted when in such a condition.

It is not uncommon to have a tilted uterus. Around 20% of women have a retroverted uterus. Although the condition itself is not associated with any health disorder, it can have painful symptoms or be an indication of any underlying health disorder.

There can be several causes which may lead to a retroverted uterus in women. The causes include: Symptoms of Tilted Uterus When Pregnant

Women may or may not experience symptoms related to the retroverted uterus. However, the major symptoms of the condition are as follows:

The pain experienced in both the above cases is because of the pressure placed on the rectum and ligaments around the tailbone by the tilted uterus.

If any of these symptoms persist for a long period of time, you should consult your doctor and get diagnosed for a retroverted uterus.

Can It Affect Pregnancy?

Generally, the uterus corrects its position between 10th and 12th weeks of pregnancy. This minimizes the risk of pregnancy and labour. Tilted womb and getting pregnant can get complicated if the uterus does not move into the correct position before delivery. Although rare, this can result in a miscarriage. You should let your doctor know about the tilt of the uterus at the very beginning.

Can a Retroverted Uterus Prevent Pregnancy?

A simple pelvic examination or an abdominal ultrasound by your doctor can identify a retroverted uterus. In case you experience any symptoms related to this condition, you should seek advice from your doctor and get tested for the condition. On getting pregnant, the uterus will move forward into the correct position and will not need any treatment. In the case where the uterus does not correct itself, or if the position needs to be corrected before pregnancy, a simple surgery will help reposition it. Repositioning of the uterus will provide relief from menstrual pains and pains that are experienced during sexual intercourse due to a tipped position of the uterus.

What Are the Other Ways to Reposition a Tipped Uterus?

Apart from correction by surgery, the uterus can also be repositioned by the following methods:

This is an exercise which will help to reposition a retroverted uterus temporarily. This exercise will not be helpful if the changes have occurred after delivery as a result of pelvic infections, fibroid tumours or endometriosis.

A pessary is a plastic or silicon device which is placed in the vagina in order to reposition the uterus temporarily. A pessary is used as a temporary solution only as prolonged use of the device may lead to vaginal infections.

Changes That May Happen to a Tilted Uterus After Pregnancy

The position of the uterus after delivery depends on various factors such as the weight gain, and the stretching of ligaments. The uterus may or may not settle in an upright position, but the good news is that the position is not going to affect future pregnancies in any way.

There is no way to prevent the chances retroverted uterus especially if the tilt is genetic and present by birth. However, since diseases and infections such as endometriosis or pelvic inflammatory disease can also cause tilted uterus, they should be treated at the earliest after discovery.

A retroflexed uterus during pregnancy does not pose a risk to the baby or to the pregnancy itself and in most cases, the uterus corrects itself as the pregnancy progresses. Hence, any surgery to correct the backward uterus in pregnancy may not be necessary.

Although the retroverted uterus does not impact pregnancy in most cases, it is important to be aware of the condition and consult your doctor about the possible complications it can lead to during pregnancy. A retroverted uterus can be corrected by means of surgery to provide relief from the pain and discomfort associated with it. In cases where the tilted uterus is as a result of any infection or disease, it is important to get the infection treated at the earliest.

Also Read: Inversion of the Uterus – Causes, Symptoms, and Treatment