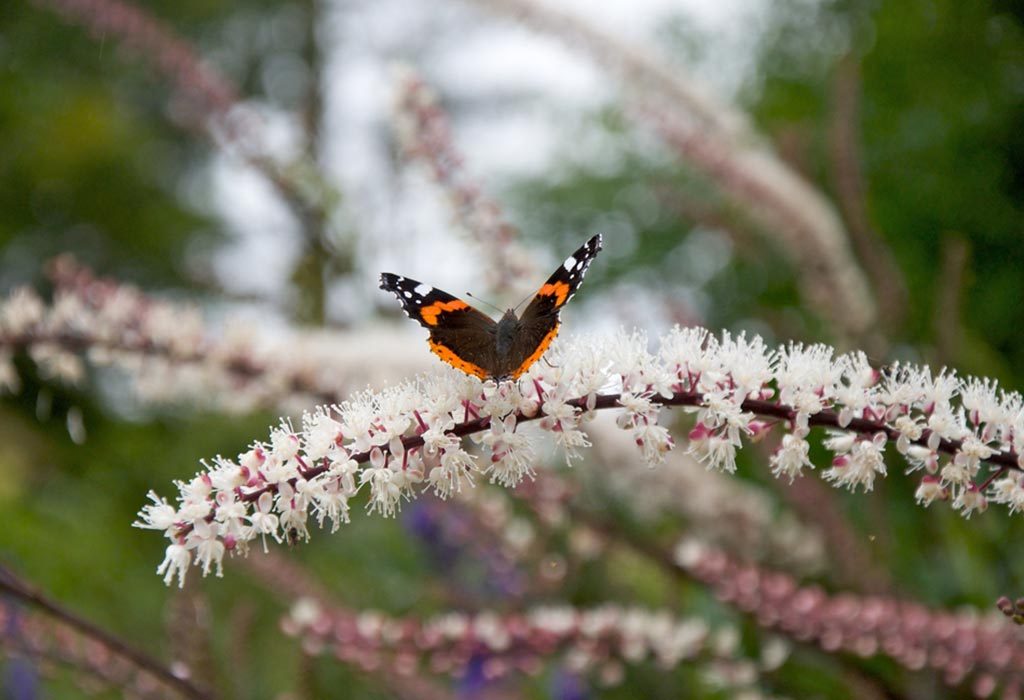 Diet and drug use, among myriad other factors, play a role in determining one’s fertility. If you and your partner are looking to conceive, the groundwork begins with cleaning up and going natural (as much as possible) on those two fronts.

How Herbs Help to Increase Fertility?

Herbs act as supplements to a healthy diet to help boost your body’s regular functioning. Some herbs help detoxify the body, others work to modulate the immune system (which could falsely identify a foetus as an external threat and prevent pregnancy), and more others help to stimulate the endocrine system which regulates hormone production (fertility is largely dependent on sex hormones).

Top Fertility Herbs to Get Pregnant

Here are some special herbs that have been studied and used to aid in conception and bringing a pregnancy to term healthily.

Black Cohosh is indigenous to North America. It is known to have been used as pain relief medication for hundreds of years. Its use in relation to ‘fertility’ is in the regularisation of periods. Its diuretic properties help bring on menstruation if it is late. It also effectively soothes menstrual pain, uterine irritability, ovarian pain, premenstrual migraine and also aids in the healing of uterine fibroids, ovarian cysts and endometriosis.

Please note that Black Cohosh is a quick effect herb and is not recommended for long-term use.

Liquorice root extract can be bought as a tincture, or the root itself can be used to make a decoction. Its action with regard to fertility is twofold. The Ashwagandha root extracts can be taken as tincture or capsules. It helps bolster your body’s ability to deal with stress, supports the endocrine system and helps normalise the immune system – all of which, if impaired, could lead to fertility issues.

Stress-induced infertility in men can also be combated with Ashwagandha. Avoid excessive use during pregnancy.

Evening Primrose oil is extracted from the seeds of Evening Primrose plant. It promotes and maintains hormonal balance and aids in alleviating PMS symptoms such as a headache, breast tenderness, bloating and irritability. In addition to this, EPO also increases cervical mucus. Cervical mucus is essential for sperm to journey to the egg and achieve conception.

Shatavari is consumed as an extract or in capsule form. Shatavari has been traditionally used as herbal treatment for infertility in India for centuries. Its action in boosting fertility is the result of its many beneficial effects. It modulates the immune system, helps combat stress, increases cervical mucus and regulates the menstrual cycle. Extracted from the seeds of the Castor plant, Castor oil, is applied externally with the help of a castor oil pack. To make the pack, soak a piece of flannel cloth in castor oil until it’s saturated. Place it over your lower abdomen, cover it with the plastic sheet and weighed down with a hot water bottle. Lay back and cover it with a towel and relax for 30-45 minutes. Later remove the pack and clean your tummy.

Maca is a plant indigenous to the highlands of Peru. Growing in the volcanic soils of the highlands, Maca is rich in minerals and phytonutrients. It supports hormonal balance and boosts thyroid health. It also increases energy, stamina and libido.

It can be taken as tincture or capsules, but more commonly is used in powder form as an additive to juice, smoothies and even baked goods. It is a staple food (not just medicine) of the Peruvian people, and as such, it doesn’t possess any side effects.

Damiana is a shrub with yellow flowers that is found throughout South and Central America, Mexico and the West Indies. Its leaves are dried and used to make a tea which serves as an aphrodisiac. It stimulates nerves and increases blood flow to sexual organs. Damiana can help men overcome impotence and also modulate spermatorrhea, which is a condition that causes excessive, accidental ejaculations. Milk Thistle is a prickly plant that is found in regions of Australia, New Zealand, United States, Iran and Southern England where it originated. It is best taken in tincture form as its seeds are harder to digest. Milk Thistle is an excellent natural medicine for the liver. It cleanses, renews and protects your liver. The liver, in turn, maintains hormonal health.

The cinnamon bark can be powdered to make capsules, or a tincture can be extracted from its root. Just like other natural fertility herbs in this list, cinnamon also has multiple beneficial effects that contribute to its fertility boosting effects.

Cinnamon has been observed to reduce insulin resistance. Insulin resistance is believed to be one of the factors that cause PCOS (Polycystic Ovary Syndrome) in women, which is a major cause of infertility and believed to affect 1 in 10 women. Cinnamon also helps control heavy menstrual bleeding.

White Peony is an important plant in Chinese medicine. It is used in with other herbs to help conceive. It is used to soothe painful menstruation, endometriosis, uterine fibroids and PCOS. It helps the circulation of blood to the pelvic area.

It is taken as a decoction of the root or as a liquid extract. Dong Quai is a powerful fertility herb and has been in use since ancient times. Its area of influence includes the treatment of menstrual irregularities and as an aid to uterus health (muscle health). It helps alleviate delayed menstruation, short menstruation with cramps, light menstruation and stagnant conditions by promoting blood flow in the pelvic region. It is taken in tincture form.

Man’s relation to herbs is one that has spanned millennia. They were our first medicine, and remain to this day, effective and non-toxic. If you are on medication for any ailment at all, be sure to inform your physician before opting for a regular course of herbal medicine.

Also Read: 10 Best Foods That Can Boost Your Fertility

Previous article « 15 Best Healthy Foods for Kids
Next article When Does the Baby Bump Start to Show in Pregnancy? »