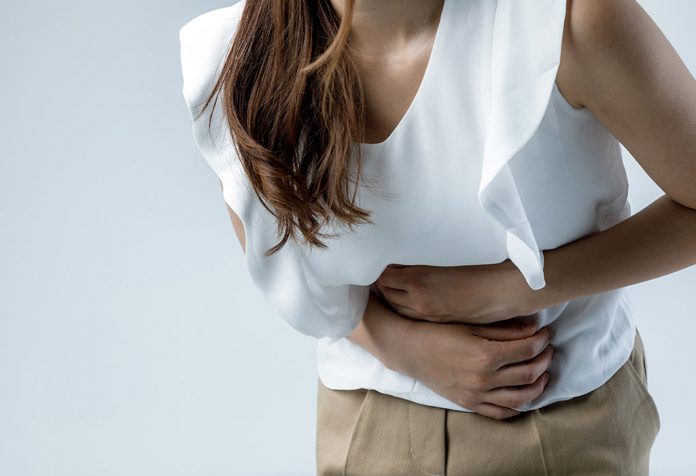 A cyst, in general, is a fluid-filled sac that forms in some of the organs of the body. An ovarian cyst is similarly one such fluid filled pocket that grows in one or both of the ovaries. Ovarian cysts can occur in a significant number of women at some point without affecting their health or ability to conceive. They develop and resolve on their own. However, some types of cysts cause infertility or troubling symptoms when they rupture or grow too much in size.

What Is An Ovarian Cyst?

Ovaries are two almond-sized structures in the female reproductive system, which are responsible for the production of eggs. During the menstruation cycle, the ovaries release one egg every month in a process called ovulation. During each cycle, several egg-containing follicles, inside the ovary, ripen as they get filled with nourishing fluids that envelop each egg. The largest follicle, then, bursts to release the egg. Sometimes, the egg continues to develop but the process isn’t complete, and the follicle remains as a cyst in the ovary for some time before disappearing. Most of the time, ovarian cysts are harmless and present little or no discomfort, some, however, can rupture causing internal bleeding. In rare cases, the cysts develop into cancer.

There are different types of ovarian cysts that can be classified as either functional cysts or pathological cysts.

Functional cysts occur due to the natural processes during the menstrual cycle and are very common. They affect women who have an active menstrual cycle and haven’t had a menopause. They are often benign (non-cancerous) and harmless and disappear on their own in a few months without treatment. In rare cases, they may cause symptoms such as pelvic pain.

Follicular cysts are usually small, but some may grow to sizes up to 5 or 6 cm across. They usually disappear on their own in a few months without treatment. Pathological cysts are caused by abnormal growth of cells and aren’t related to the menstrual cycle. They can develop in all women before or after menopause. These cysts can develop from the cells that make up the outer part of the ovary or from the cells used to create eggs. Pathological cysts can grow large and block blood supply to the ovaries or even burst. They are rarely cancerous and are removed surgically when they are.

Pathological cysts are classified as:

In most women, ovarian cysts do not cause any noticeable symptoms. In some, however, when the cysts grow to a large size and are blocking the blood supply or pressing on surrounding organs or are leaking blood, there can be clear symptoms such as:

Ovarian cysts can be found during a pelvic exam. Depending on the nature of the cysts and their type, the doctor will recommend different tests to determine the cyst type. Some of the tests include:

Does Ovarian Cyst Affect Your Chance of Getting Pregnant?

Most of the ovarian cysts do not lead to infertility. However, there are two types that make it difficult to get pregnant.

Risks of Ovarian Cyst while Pregnant

Can ovarian cyst affect pregnancy? Yes and no. The risks associated depend on the type and size of the cyst during pregnancy. Ovarian cysts that grow to large sizes take up space and apply pressure on the urinary bladder, or the cysts burst and pour its contents into the abdominal cavity. In some cases, the cyst pedicle gets twisted, and the blood supply is cut off. Such a cyst might die and elevate the risk of severe peritonitis which is an inflammation of the lining of the abdominal cavity that is dangerous to both the mother and the child.

Ruptured Or Twisted Cyst In Pregnancy

When cysts grow to large sizes, they cause the ovaries to move out of place. Sometimes the forces due to displacement can cause the ovary to get twisted in a condition called ovarian torsion. It can decrease or cut off blood flow to the ovaries and cause symptoms such as severe pelvic pain, nausea and vomiting.

Cysts that contain blood and fluids can rupture when they overgrow and cause internal bleeding and severe pain. The larger the cyst, the greater its chance of rupturing. Vigorous activities and exercises that affect the pelvis can cause a large cyst to rupture.

The treatment of ovarian cysts depends on the risk it poses and the discomfort felt by the woman during pregnancy. Watchful waiting is the first approach when a cyst is discovered in an ultrasound scan. With follow up scans, it is possible to tell if the cyst has resolved on its own or is growing in size, posing a risk.

If the cyst grows large enough to cause pain or other risks such as a rupture, it may be surgically taken out. A keyhole surgery or laparoscopy is normally done in early pregnancy. If the cyst is large or develops late in pregnancy, it will be removed through a cut in the tummy (laparotomy).

Removing ovarian cyst during pregnancy is done in two ways:

There is no way to prevent ovarian cysts from forming. However, regular pelvic exams can ensure they can be detected as early as possible. Changes in the menstrual cycles and unusual symptoms that persist for many cycles are, usually, an indicator and should be reported to the doctor.

Ovarian cyst and pregnancy can co-exist as long as the cyst is benign and monitored on a regular basis to check if there are indications of trouble on the horizon. If you feel a sudden abdominal pain accompanied by vomiting and fever, it’s time to call the doctor. Some of the other symptoms can include cold and clammy skin along with weakness and lightheadedness. These are signs of an emergency and should not be ignored.

Having an ovarian cyst is not always a cause for worry, chances are that the cyst you have is benign and will resolve on its own in months. It is important, however, to get it examined on a regular basis to be on the safer side.

Also read: Irregular Periods After Pregnancy: Should You Worry?

Alternative School – Is It Right for Your Child?

Did You Know Your Baby Can Understand Your Emotions? What Kids Go Through When Mom is Upset!

11 Freshwater Fish That Will Beautify Your Home Aquarium

Baby Whining – Causes and Tips to Handle Your Child