What Parents Should Know About Common Core Standards

What Parents Should Know About Common Core Standards 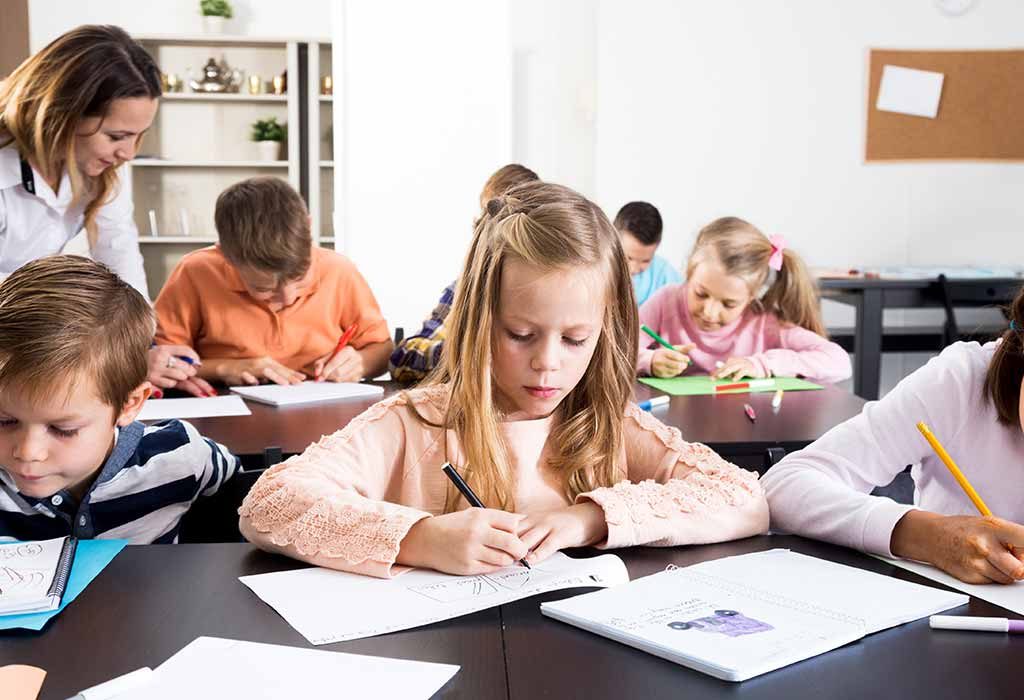 If you are looking to research what the upcoming grades have in store for your child, you definitely would have heard of the Common Core Standards. Parents may have doubts and be confused about what it exactly is. While you may have seen its strange methods of math problem-solving on social media or heard about the controversies surrounding it, Common Core offers the promise of having all Kids College and career ready.

What is Common Core?

The Common Core Standards or ‘Common Core’, as it is popularly known, is a new set of academic standards of high quality in Mathematics and English language. Adopted by 45 states since 2014, the goal of the academic standards is to make students well-prepared for college and their career, so that all students in the US can be more academically competitive. The academic benchmark is particularly for math and language arts from kindergarten to senior year or high school. While these benchmarks are set at every grade, they have a common theme. Language arts, for example, lay emphasis on making arguments based on evidence, and students will be expected to write more opinions than personal narratives. Their reading will also involve more non-fiction. In Common Core mathematics, the standards have fewer concepts that need to be learnt in greater depth. Until now, the states set their own standards for students, which could vary greatly. Common Core aims to standardise the curriculum to ensure all the students are up-to-the-mark and college-ready, regardless of where they live in the country.

Creation of the Common Core standards was lead by two non-profit groups – the Council of Chief State School Officers, who represents the officials from all US states and territories for K-12 education, and the National Governors Association. The groups also got the support of two major teacher’s unions- the American Federation of Teachers and the National Education Association, along with other organisations that represent educators in Math and English. Work began in 2008 on writing the standards and it took about 18 months come up with a draft for public release. It was finalised in 2010.

The CCSS (Common Core State Standards) aims to solve two complicated problems. The first one is that American students are not up to the mark in academic skills when compared to students of other countries on international tests. Policymakers and industry leaders believe that tougher standards will help the US catch up to the rest of the countries. Second, it was difficult to compare students state-wise under the old system. Since each state had its own standards for every grade their definition of what is ‘proficient’ in math or reading differed widely. Statisticians at the US Education Department found significant variation when the state standard scores were mapped to the National Assessment of Educational Progress. It was also found that students who fared well at the state’s standards did not perform well at the national level, as the national exams have higher bars. It was the federal government’s view that the states had low standards, which varied greatly for them to collaborate to improve education, nation-wide. The Common Core state standards were introduced as a solution to fix all of these problems and bring all states to higher standards.

What Are the Common Core Standards?

The Common Core state standards as stated on their website are as follows: 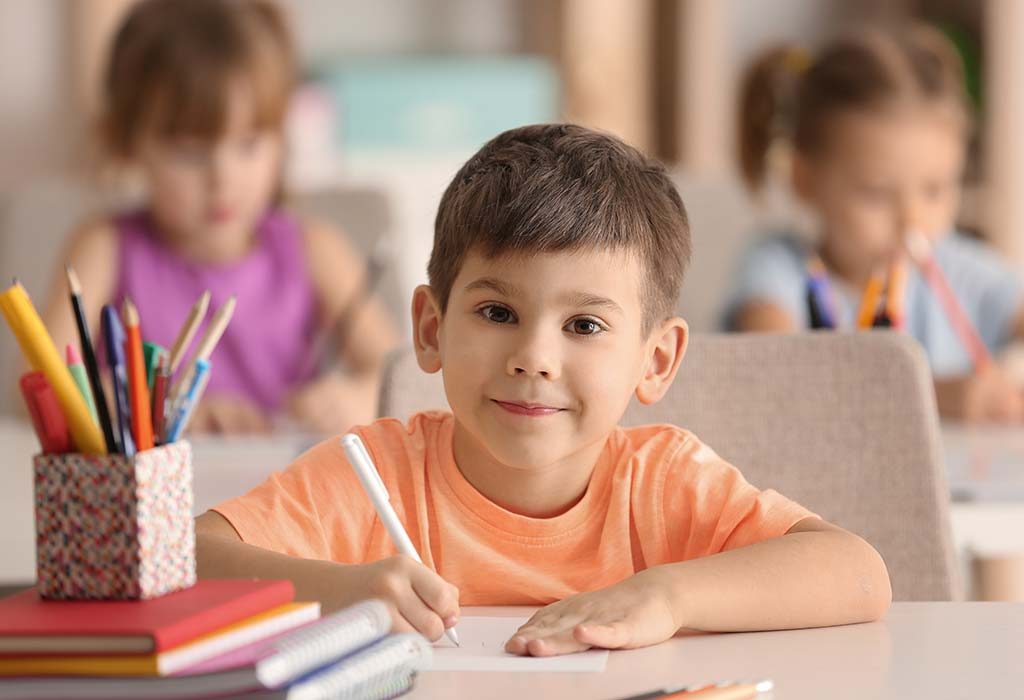 Things to Know About Common Core for Parents

Here are some of the things you should know about the Common Core standards:

1. The Standards Are Not Exactly Curriculum

The Common Core state standards aren’t exactly curriculum or standardised tests. The standards offer universal guidelines to prepare all the students in the US to think and analyse better and compare with their peers globally. Development of critical thinking and reasoning skills is what the new standards require and the students will learn to read deeply by analysing more complex material, the likes of which are found in academic publications, newspapers and magazines. They will also have to develop strong logical and critical thinking skills to solve math problems by using more than one strategy.

The Common Core reading standards for speaking, writing, listening and language are set higher. Emphasis is laid on communicating ideas using writing and speaking, thereby, increasing verbal discussion, writing prompts and usage of academic vocabulary. There will be text standards set for every grade, which the children will have to match regardless of their reading level. This will be supported by the teacher and students are expected to draw material out from the texts to support their arguments.

Instead of giving them more topics and shorter bits to learn, some of the topics will be removed to make room to study the essential ones in depth. This means they can cover a few topics entirely in one year and focus until they have learned it fully or until they are satisfied. The topics that will stay or go will be chosen by the teachers, schools and districts.

4. ‘Why’ is the Question at the Heart of Every Topic

Along with imparting knowledge and information about the topics, the CCSS standards focus on the understanding and application of what is being learned. The teacher will arrive at the concept by building its background and need, so the students can grasp the reason. There will also be a stronger emphasis on reading nonfiction texts since the standards have college readiness in mind. While literature is still important, more emphasis will be given to science books, history text books and magazine articles.

Children will have fewer worksheets to contend with, as compared to the old system. This is because worksheets do not meet the CCSS expectations as per the Common Core standards team. The students, instead, will spend more time reading books, solving complex problems and writing essays.

The assessment for students will be better and much different from what was done earlier. There will be fewer multiple-choice questions and a new format that will test the student’s ability to synthesise text, model math problems and solve problems.

While all states have agreed to follow the CCSS, a few have chosen not to implement it but, instead, will raise their state-standards to align with the Common Core. Even if the state is not implementing CCSS entirely, some changes to their standards can still be expected. 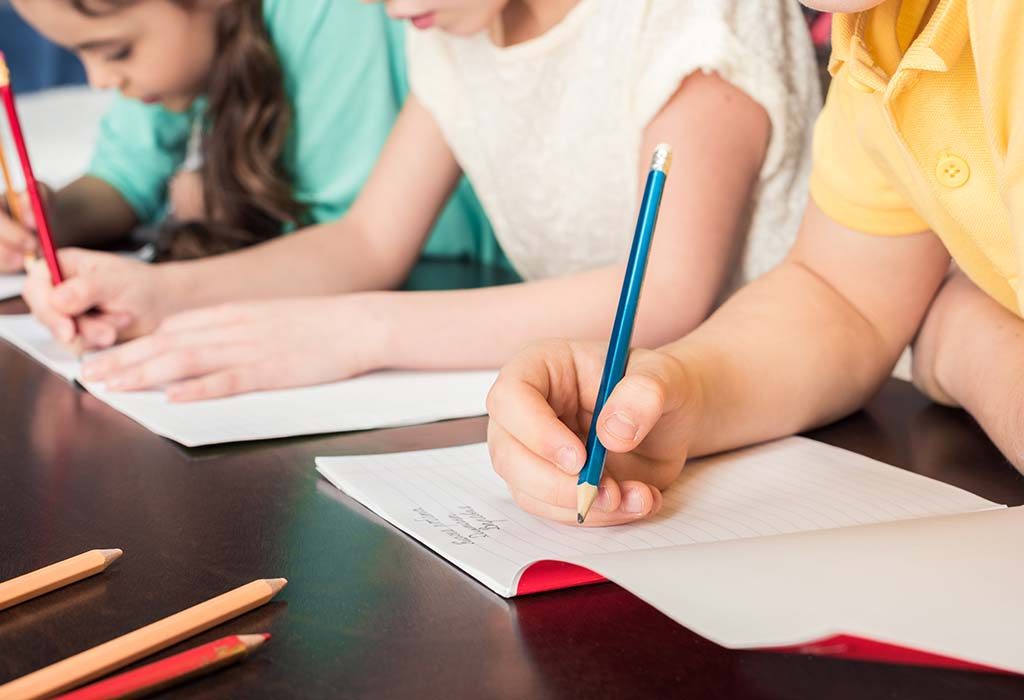 Why Does Common Core Face Controversy?

Here are some of the common complaints and frustrations that lead to a debate about the CCSS:

1. Fear of Losing Local Oversight By the Communities

The public school system in the US started out as single-room schools that were developed and controlled by the local communities. This level of control over what is taught in the school is tailored to the unique needs of the communities and forms the backbone of the country’s education system. Some groups in the communities feared that CCSS would take over control of the curriculum and force all the schools across the country to teach the same thing, regardless of what the local communities believe their children should learn. In reality, each state and school district still maintains control over what children learn.

2. Standards Being Mistaken for Curriculum or Instructional Methods

The standards only set the expectation of skill and proficiency of students at each grade level, but the Common Core curriculum is different from the standards. The curriculum describes what material to use and how teachers could present it while the teacher still has the liberty to choose. For example, if the CCSS prescribes a Shakespearean play for grades 11 and 12, the school district or teachers still have the liberty of picking the exact Shakespearean play. There is also no ‘Common Core method’ to solving math problems or a single teaching style. The school district and the teacher still have the freedom to choose the textbooks or materials that align with CCSS.

3. A Nationwide Change is Difficult

The implementation of CCSS is a nationwide endeavor that brought big and sweeping changes throughout all the levels of schooling. The teachers, educators and parents who were teaching at a lower grade level had to change to meet the new standards. This meant teaching the children more essential skills at a deeper level than ever before. Parents and teachers had to familiarise themselves with the new methods and material before teaching the students. Anybody who has experienced large changes will know the level of discomfort and uncertainties it can bring initially.

Students who are returning to school to a new curriculum sometimes need plenty of time to adapt to the new system. The CCSS materials for a grade are created with the assumption that the student has learned what is prescribed in the previous grade by the CCSS. Since the teachers know what was taught in the previous grade, they will have to put in extra time along with the students to fill the knowledge gaps in an already busy school year schedule. The second challenge is the CCSS emphasis on problem-solving skills and critical thinking. While the previous expectation from the state emphasised more on reading comprehension and computation, the new standards expects deeper literacy and thinking in students.

5. Fewer Resources to Train and Upgrade

The huge developments require changes in training, materials and skills required in the teachers and staff. All this material and training come at additional costs and require time, putting further strain on school districts struggling with funding and staff resources. Without adequate training, the teachers will have a hard time keeping up or overcoming the challenges mentioned earlier. Students who are already struggling under the old method will find it even harder to catch up to the new standards. The teachers working with these students will also feel the burden of changing methods to teach them problem solving and critical thinking.

Mass media misinformation about federal funding to the states caused a stir in both parents and school administrators. It is important to understand that only about twelve percent of the budget for education was paid by federal money, according to the US Department of Education. The remaining flows in from the individual states and local districts. Therefore, federal dollars don’t contribute to the bulk of education funding in the US. As long as the states adopt high standards, they receive federal grants and funding, and need not necessarily adopt CCSS.

7. Fear That Top-Performing States and Districts Will Be Brought Down

Many feared that implementing standards across the nation will mean that the top performing areas that already exist will have to lower their standards to conform to the CCSS. However, in reality, the standards set by the CCSS align with the nation’s top performers and they will have only have to make a few changes, if any.