Home Pregnancy Prenatal Care What Medicines to Avoid When Pregnant 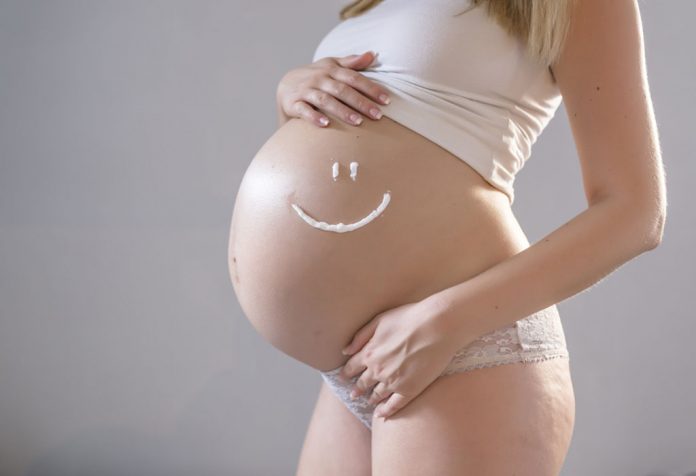 Pregnancy is one of the most exciting experiences for a woman but it can also be downright confusing and overwhelming. If you’ve recently discovered that you’re pregnant, pregnancy symptoms such as morning sickness and nausea may get you excited initially, but several other symptoms such as headaches, stomach problems, and back pain that you may experience while pregnant may make you reach for over-the-counter medicines out of habit. But now that you’re pregnant, you cannot consume any over-the-counter (OTC) medication based on the word of the pharmacist. While most OTC drugs are perfectly safe, there are some which can increase the risks to your foetus. In this article, we will tell you about the drugs which are best avoided during pregnancy.

However, please note that the information provided in this article is meant to tell you that exercising caution during the nine months of your pregnancy is important. Please do not follow our recommendations before checking with your physician.

List of Drugs That Are Better Avoided in Pregnancy

Mentioned below are some medicines to avoid during pregnancy as they might impact the health of the foetus.

Vaginal yeast infections are a common occurrence during pregnancy. Fluconazole tablets that are prescribed for oral thrush and other fungal infections may be your first choice but you should not take these tablets. This is because the preparation of these drugs includes certain ingredients that could seep into the umbilical cord and reach the baby through the placenta, and negatively impact the development of the foetus.

Antihistamines are basically allergy medications which are given to control symptoms such as rash, breathing impairment and uncontrollable sneezing. Certain types of antihistamines contain active ingredients that could result in extreme reactions, especially in the third trimester. Additionally, antihistamines cause dryness, fainting and fatigue in pregnant women. If you suffer from hayfever or other allergies, consider alternatives such as ensuring clean and hygienic surroundings, breathing exercises and even saltwater nasal sprays.

Herbs offer a plethora of medicinal benefits, even for pregnant women. But some herbs are not recommended during pregnancy as they can have serious effects, leading to a miscarriage, stillbirth or developmental defects in the foetus. A few of these herbs include liquorice, rosemary, ginseng, wormwood, cinnamon, ephedra, yarrow, cohosh and so on. Do your research before employing herbal remedies.

Antibiotics are indispensable against infections, but pregnant women should avoid certain antibiotics during the second and third trimesters. Several studies have shown that taking tetracycline and streptomycin could stain and discolour your baby’s milk teeth and even severely impact their bone growth.

Consuming illegal drugs is an all-round bad idea to do when you are pregnant. Methamphetamines and marijuana are believed to cause heart problems in your growing foetus, as well as result in premature labour or miscarriage. This could also apply to prescription medications that have the potential for addiction, such as codeine, ritalin, and xanax. If you experience morning sickness, you must consult your doctor instead of self-medicating yourself or taking OTC drugs like ginger pills as these pills may cause miscarriages if consumed in high doses.

Nasal decongestants are very helpful in dealing with stuffy noses and itchy, watery eyes, symptoms which you will experience considerably more during pregnancy. These treatments are not recommended, however, as they tend to cause other symptoms such as nausea, migraines and sleeplessness, which will put further stress on your body. Instead, employ steam inhalation methods to obtain relief from your blocked respiratory tract.

Vaccinations are compulsorily offered to travellers going to areas with high incidences of malaria and yellow fever, but some doctors consider them dangerous to foetal health. However, in most instances, you will receive the vaccine as the risks associated with these diseases outweigh the risks to your pregnancy.

Chlordiazepoxide and diazepam are commonly used to treat mood disorders that cause anxiety, panic attacks and insomnia, providing a calming effect on the patient. But they can be very addictive, and might even cause withdrawal symptoms in your unborn child.

These drugs, such as Clonazepam, are similar to tranquilisers. They are usually prescribed to control involuntary body movements in conditions such as seizures. However, there has been sufficient research linking them with premature birth and miscarriage, so avoiding them is a safe bet. Consult your doctor for pregnancy-safe drugs.

If you suffer from psychiatric conditions such as bipolar disorder, ADHD, PTSD and so on there is all the more reason for you to avoid OTC medications, as a few contain compounds such as paroxetine which lead to developmental impairments in the foetus, especially during early pregnancy.

These are active ingredients in many antidepressant drugs, such as Isocarboxazid and Phenelzine. They might cause irritability and withdrawal symptoms in your newborn. Pregnant women have an increased risk of experiencing the symptoms of depression, but you should let your therapist decide how to handle the situation.

Acne can occur at any time, but more so when hormones are running amok in your body. While most acne treatments are fine, such as benzoyl peroxide and clindamycin, there are several that can cause serious defects in the unborn foetus. For example, vitamin A derivative drugs like Isotretinoin and Retino-AC are teratogenic, that is they result in heart, brain and skeletal abnormalities in the baby. Try natural methods of clearing acne such as turmeric paste, curds, and aloe vera. Staying hydrated will help keep your skin glowing.

Here are some tips for you to deal with the various symptoms and discomforts that occur during pregnancy without resorting to pharmaceuticals. 1. Talk to Your Doctor

This should be the first thing you do if you require medications during your pregnancy. Your gynaecologist will know exactly what drugs are dangerous for pregnant women, as well as what alternatives are available. Never consume OTC medicines without clear permission from your doctor.

Several common medications, such as vaporub, whose active ingredients are perfectly safe might contain substances like caffeine, aspirin and alcohol, which are dangerous to foetal health. Always read the label before using them.

Pregnancy is not the time you should be attempting treatments which fix multiple ailments. For example, medicines that fix the symptoms of cold, flu and allergies usually contain substances that are strictly off bounds for pregnant women. For example, acetaminophen works fine as an analgesic, but some variants of the drug come with decongestants like phenylephrine, which is harmful.

There are many ways to deal with physical and mental issues that don’t involve pumping the bodies full of synthetic chemicals. You can attempt stress-relieving exercises, massage, yoga, reflexology, meditation, and gentle cardiovascular exercise for good mental and physical health. Don’t forget to incorporate a balanced diet consisting of veggies, fruits, whole grains, nuts and seeds. Especially remember to stay hydrated with about 3-4 litres of water per day.

As someone concerned about the well-being of their baby, you certainly don’t want to add things to your body that might cause harm. Stopping the OTC medicines that you’ve relied on for years will not be easy, but it is strictly recommended you avoid them for at least the first trimester of pregnancy, as this is when the baby’s organs develop. As soon as you are on some prophylactic drugs, you should consult your doctor about the medicines you were taking and ask for some alternatives. Over the next two trimesters, you can start incorporating a few of them back into your regimen, but always under your doctor’s guidance.

Disclaimer: This article outlines the general guidelines to be followed when taking medications during pregnancy, and is not a substitute for advice from a medical practitioner. Please consult your doctor for specific advice.

Dark Nipples During Pregnancy – Reasons and Tips to Deal With It

Can Obesity Cause Infertility?

Microblading While Pregnant – Benefits, Side Effects, and Risks

Why We Should Never Stop Being Childlike