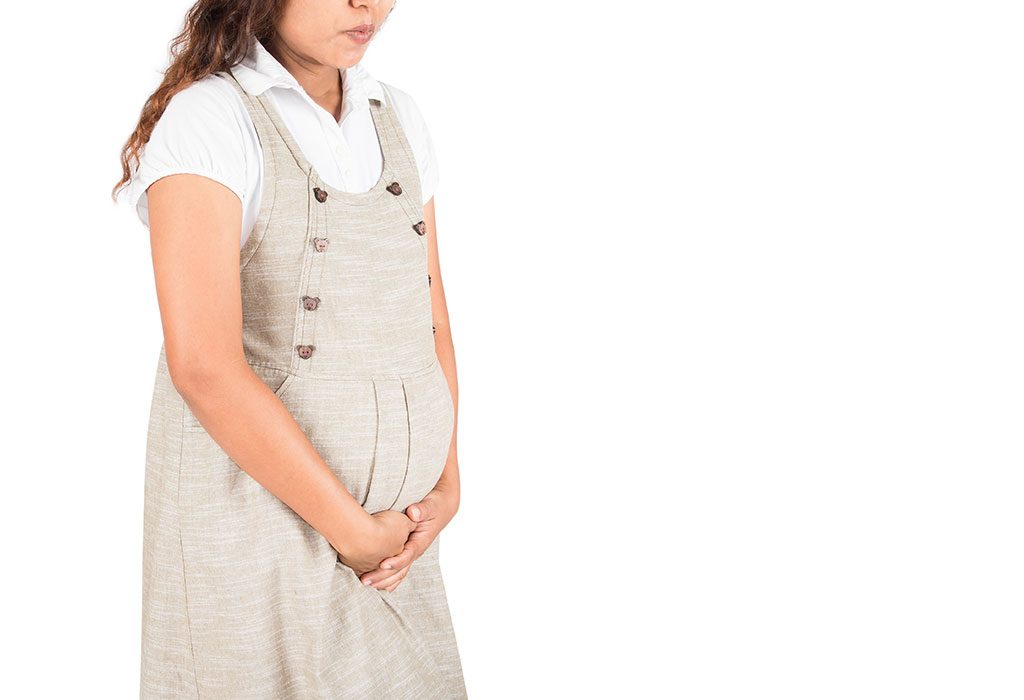 There are many types of fungi that live in our bodies, most of which are useful, and thrive without causing any symptoms. However, sometimes, these fungi can cause infections that can be hard to control. One such infection is a yeast infection, which affects sensitive areas of the body, even during a delicate phase like pregnancy.

Vulvo-vaginal candidiasis, commonly known as a yeast infection, is caused mostly by the organism Candida albicans, although two other pathogens, Candida glabrata and Candida tropicalis can also be involved.

Let’s take an in-depth look at yeast infections that occur during pregnancy.

What Is a Yeast Infection In Pregnancy, and Is It Common?

Although yeast infections have no major effects on the unborn baby, they are difficult to control during pregnancy, and can cause significant discomfort to the woman. Therefore, if you are experiencing such symptoms during pregnancy, try to learn about it, and then consult your doctor as soon as possible.

Causes Of Yeast Infection In Pregnancy

Higher levels of oestrogen in the body during pregnancy stimulate the production of glycogen by your vagina. Since the yeast feed on glucose, it is convenient for them to grow and multiply. Studies also show that oestrogen facilitates easier adherence of the yeast to the vaginal walls, which promotes their growth.

The likelihood of getting a yeast infection also increases if you’re frequently on antibiotics over a period of a few months or years. The prescriptive medication taken to kill the targeted bacteria also affects the balance of the protective organisms that live in the vagina, thus allowing the yeast to overgrow. There is a chance that being on birth control pills before conception can affect your hormonal levels during pregnancy. Changes in hormone levels influence vaginal secretions, causing an imbalance in the pH levels that might facilitate the growth of yeast.

This is the process of intra-vaginal cleansing using a liquid solution, an activity that is done by many women. Although done for personal hygiene, studies show that douching can increase the chances of vaginal infections, candidiasis being one of them. Doctors highly recommend against douching during pregnancy (or even otherwise), as it removes the healthy and normal vaginal flora, which can facilitate the overgrowth of pathogens.

Symptoms Of a Yeast Infection During Pregnancy

When you develop a yeast infection, the symptoms are normally bothersome until they are treated. The symptoms include:

How to Diagnose a Yeast Infection

Since many of the physical symptoms of a yeast infection are common with sexually transmitted diseases such as gonorrhea, chlamydia, and trichomoniasis, it is important to get it checked by your doctor. At the doctor’s clinic, a simple vaginal swab is done to get a sample of the vaginal discharge or secretion, which is then analysed under a microscope.

Based on this test and a simple physical examination, the doctor can detect an infection. In very few cases where diagnosis is difficult, the swab may be sent to a lab for culture analysis and positive confirmation of the causative organism.

How to Treat a Yeast Infection While Pregnant

If you want to know how to get rid of a yeast infection while pregnant, the first option is to take medicines prescribed by a doctor. The other is using home remedies, which can be employed at the start of the infection if detected early. It is not advisable to use over-the-counter and antifungal creams without the prescription of a doctor. Oral medication is also not recommended.

Treatments for a Yeast Infection

Based on the degree of the infection, your doctor will prescribe antifungal medication that is applied topically. Since oral medications have been linked to increased risk of congenital disorders such as autism in your baby, they are not prescribed. Even when they are prescribed in rare cases, it is only after the second or third trimester, or after childbirth and while breastfeeding.

The treatment of yeast overgrowth is a three-step process that involves:

The course of action involves the applications of vaginal creams such as Clotrimazole and Miconazole until the symptoms begin to diminish. The treatments don’t last more than two weeks, and should be completed to make sure that the infection does not come back.

Home and Natural Remedies for a Yeast Infection

When you begin to notice signs of a yeast infection, you can use some of these effective home remedies to treat the infection during pregnancy. It is common to have a yeast infection while pregnant. Natural remedies can be effective in the early stages of an infection. However, if the symptoms persist for a week or two, medical treatment should be sought immediately.

Preventive Measures to Avoid a Yeast Infection While Pregnant

Although there are factors such as hormonal imbalance and vaginal secretions that are not under your control, there are some preventive steps you can take to minimise your chances of developing an infection. Here are some tips to prevent yeast infections: An untreated yeast infection during pregnancy can cause a lot of discomfort, even though it isn’t dangerous. In some cases, serious complications from other infections or STDs can be misread as yeast infections and thus go unnoticed. This can cause serious problems for you and your baby.

Two of the most frequently asked questions for pregnant women going through this infection include:

Is it harmful for my baby?

Yeast infections do not affect the growing baby. However, if you have a yeast infection at the time of labour, the baby might contract it as it passes through the birth canal. It leads to an infant yeast infection of the mouth called thrush. It is characterised by white patches on the mouth, roof of the mouth, sides, and the tongue. Though not severe, the infection can come back while breastfeeding. It can be easily treated with antifungal medication for the baby, and an ointment for the mother.

Will my partner get infected with it during sex?

The chances are rare, but the infection can be passed between sexual partners. If the male partner develops symptoms such as redness, itching, rashes, or burning, it is a good idea to abstain from sex, and seek treatment immediately.

Although it does not pose a serious health risk, a yeast infection is a common irritant during pregnancy. Adopt simple preventive and remedial practices to ensure you reduce the chances of contracting this infection, and do make sure to consult a doctor if you do.