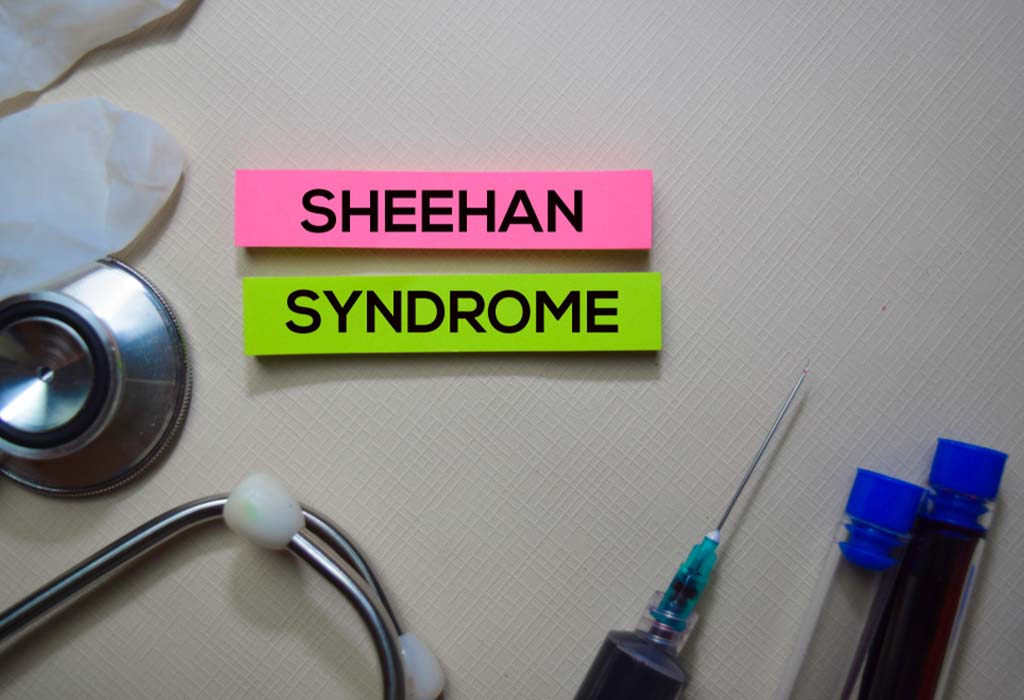 Sheehan’s syndrome is a medical condition that affects women who lose an excessive amount of blood during childbirth or have low blood pressure during and after labour, which can deprive their body of oxygen. The lack of oxygen that causes damage to their pituitary gland is known as Sheehan’s syndrome. Its treatment includes blood tests, scans, and hormone replacement therapy!

What Is Sheehan Syndrome?

Named after British pathologist Harold Leeming Sheehan, who first explained this disorder in 1937, Sheehan’s syndrome (SS) is also known as postpartum hypopituitarism. He explained that it develops due to ischemic pituitary necrosis as a result of uterine haemorrhage. This loss of blood following the delivery of a baby causes tissue death in the pituitary gland, resulting in almost a third of such cases. As the blood pressure dips during or after labour, the pituitary gland gets starved of blood and the required oxygen to function properly. The pituitary gland or the ‘master gland’ is located at the base of the brain and forms a part of the endocrine system. It secretes certain hormones that affect other organs like the kidneys, thyroid, and uterus.

As this gland grows bigger to almost double its size during pregnancy, it is more vulnerable to injury or sometimes called ‘shock’ during childbirth. If the pituitary gland cells are damaged or die (necrosis), the number of hormones produced by it may decrease, giving rise to hypopituitarism. In such a case, conditions such as single pituitary hormone insufficiency or total hypopituitarism can be noticed. Similarly, thyroid and adrenal glands even lose their ability to release enough hormones, and the functions of these affected organs also decline. Hence, Sheehan’s Syndrome during pregnancy is thought to be one the most common cause of hypopituitarism in pregnant women.

The destruction of cells of the anterior pituitary gland due to oxygen starvation, mainly at the time of childbirth, is considered the leading cause of Sheehan’s syndrome. The presence of disseminated intravascular coagulation also appears to be a factor in the development of this condition. As the pituitary gland regulates the rest of your endocrine system, it is responsible for signalling other glands to hike up or lessen the production of the hormones that control vital processes like fertility, blood pressure, metabolism, breast milk production, among others. Hence if the pituitary gland fails to produce any of these hormones, they can cause different types of problems throughout the body. The pituitary gland consists of two lobes, the anterior lobe and the posterior lobe. The hormones produced by the anterior lobe that are affected by Sheehan’s syndrome are:

This hormone regulates the growth of most cells in the body, including bone growth, and is responsible for maintaining muscle mass.

This hormone stimulates the thyroid to produce the thyroxine and triiodothyronine hormones.

These gonadotropin hormones regulate the functions of the ovaries for sexual reproduction.

This hormone regulates the production of glucocorticoids like cortisol or stress hormone by the adrenal cortex.

In women, LH stimulates estrogen that is responsible for ovulation.

Any condition that increases the risk of haemorrhage or severe bleeding, or low blood pressure at the time of childbirth can increase the risk of Sheehan’s syndrome. The main risks are to women who are pregnant with multiple babies or have placental disorders like placenta accreta or placenta previa.

The symptoms of Sheehan’s syndrome may vary from one person to the other and may not be detected early. In rarer and much more serious cases, the symptoms manifest themselves right after a child’s birth. Some of the common symptoms are:

Since pituitary hormones control many aspects of our metabolism, Sheehan’s syndrome can cause complications that include:

The most serious complication is the adrenal crisis, which usually occurs when our body is under extreme stress like surgery or any serious illness. During this time, adrenal glands produce too little of a powerful stress hormone (cortisol). This sudden and life-threatening state can further lead to extremely low blood pressure, coma, shock, or even death.

It’s important to inform your doctor about any complications during childbirth, no matter how long ago you gave birth. Whether you faced any lactation problem or failed to begin menstruating after delivery which are the two key signs of Sheehan’s syndrome.

Blood tests can be done for chronic cases to detect the levels of the pituitary gland or other hormones.

Stimulation testing of the pituitary hormones involves injecting hormones and running repeated blood tests to determine the response of the pituitary glands. This test is typically done by endocrinologists who specialize in hormonal disorders.

Imaging tests, such as an MRI scan or CT scan, can check the size of your pituitary gland and look for other possible reasons for your symptoms, such as a pituitary tumour which is the primary cause of hypopituitarism and its attendant symptoms.

The doctor cannot evaluate these hormone levels until the age of menopause if they are still needed. In cases of removal of the uterus (hysterectomy), only estrogen will be prescribed, and a combination of estrogen and progesterone (if you still have your uterus) is given. Oral contraceptives are one of the common ways these hormones are replaced.

Corticosteroids are given to replace adrenocorticotropic hormones (ACTH).

The improvement of muscle to fat ratio, body mass index, and lowering of cholesterol levels can also make you feel better but may include joint pain and fluid retention.

With the development of science and improvements in obstetric practices, the frequency of Sheehan’s syndrome is certainly on the decline worldwide as it has become less common among women. But if you are affected by this condition, you must speak to your doctor and start with the treatment immediately!