Home Pregnancy Labour & Delivery Labour Pain: What Does It Actually Feel Like 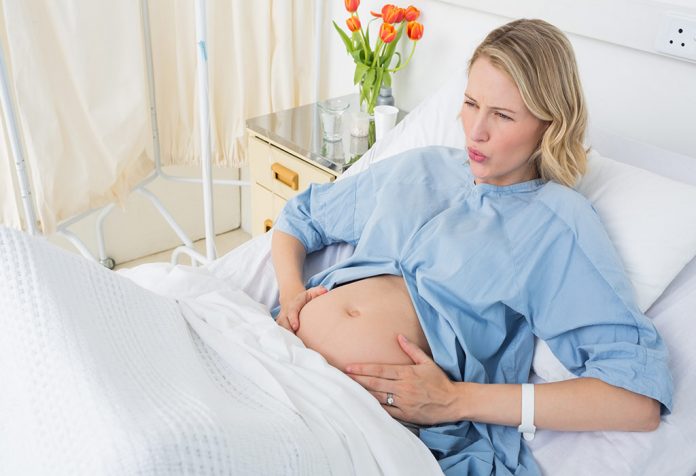 Labour is both an intriguing and intimidating experience. The thought of finally bringing your child into this world coupled with the associated pain, sparks off a rainbow of emotions that includes anxiety, fear and excitement. Most women wonder how bad labour pain is and what contractions feel like. However, labour is an extremely individualistic experience and each mother undergoes different levels of pain and discomfort.

Labour is basically the process that the mother goes through for delivering the baby and is often associated with pain. You can deliver in two ways, vaginally (naturally through the birth canal) or caesarean (surgical procedure). We will describe the most common experiences shared by mothers during different stages of labour that can help you prepare yourself for the most memorable day of your life.

Till your moment of labour arrives nobody can accurately predict what your labour will be like because the experience is unique for each mother. But before you dig deep into the concept of labour and imagine what contractions feel like it is ideal to understand the stages of labour.

Labour can be bifurcated into three stages with unique phases: First stage of pre-labour and early labour; second stage of active labour, transition, pushing; and the final stage includes delivery of the placenta.

Pre-labour stage often starts with Braxton-Hicks (false labour) contractions that can be mistaken for actual labour. In some cases, these can be experienced much early in pregnancy at around 20 weeks. Mothers carrying more than one child can feel these even earlier. Named after an English doctor John Braxton Hicks, these pre-labour contractions are considered a practice before actual labour that helps prepare the baby and mother for the delivery. Such cramping in labour is not regular, is painless and does not cause the cervix to dilate.

Early-labour contractions can occur as a result of extreme activity, absence of water or hunger and stress. These are often felt in separate spots instead of the whole uterus. The feeling can be felt like plain baby activities or gas, but again the experience is distinctive. This phase is the beginning of the process of labour. Thinking what does labour feel like (added) at this stage? The pre-labour contractions are not regular while early labour tightenings, often described the onset of labour, are regular but not too close and usually don’t subside if you eat, drink water or rest. Such contractions are noticeable and stay for a lesser duration and are not very intense. Early contractions can feel like recurring menstrual cramps in labour.

At this juncture, if you feel the contractions are occurring at almost regular intervals and the cervix begins to dilate and efface, you have officially entered labour. Labour contractions at the early stages are sometimes hard to distinguish from the inefficient Braxton Hicks contractions felt in the previous phase.

The onset of regular and consistent contractions is the time to be excited because it means labour is imminent and the nine-month journey will culminate into birthing. At the outset, there are breaks of longer duration between contractions, often five or 20 minutes break and each contraction may last 40 to 60 seconds. These are signs for the to-be parents to prepare for the stages ahead. You enter into active labour when contractions become more regular, long and prominent. This is supposed to be the toughest part of labour where the cervix starts dilating and opens up to make way for the baby to move down. You will start feeling heavy in your lower abdomen as the baby twists and come downwards, exerting a force on the cervix.

The contractions in active labour appear closer together and are often at a gap of around five minutes but hold up for about a minute. These often cause lower backache that shoots painful sensations down the legs. A cycle of cramps that come and leave with the contraction also begin in this phase.

The uterus actively pushes the cervix allowing the baby to slip further down. This is felt by some as contractions in their stomach area while it may be experienced at the opening of the cervix.

During the intervals, you can take a breath, eat and relax because it is overwhelming for the mother. The support of your husband or a family member at this phase can be of great help because you are expected to deal with the intensity of regular contractions.

The phase can stretch between four to eight hours (especially for first timers) while for many it can even take longer. Only a lucky few have it as a short one-hour experience.

For mothers who have had a natural delivery or those who are getting oxytocin (Pitocin), the phase is usually shorter. Many women also opt for medication for the phase. However, just like the size of the baby, use of epidural may increase the duration of the phase. Most women fear this part which comes right before the pushing in labour and can be a period of rapid opening. This is the phase where your cervix dilates to around 10 centimeters. This is the transition between initial labour and the final pushing when the baby starts to arrive and for some women, this can be painful and overwhelming. However, this transition phase typically lasts between 15 to 30 minutes, going up to a few hours in some cases.

The spaced out contractions of earlier phases now increase in intensity and are so close together that they seem to be overlapping or even peaking simultaneously. This stage can be supplemented by shivers and vomiting as your baby starts slipping into the position ideal for birth.

Even as the doctor asks you to be focused, emotionally you may feel like giving up during this phase. Try and remind yourself that this stage is the most crucial and try opening up to the pressure so that your baby descends as the cervix dilates fully. The phase of transition is short-lived and rewarding because at towards the end of this phase you can hold your baby in arms.

During Pushing (Second Stage of Labour) Now you enter the stage where you will be asked to push with all strength, once the cervix gets completely dilated. the ultimate descent when the baby comes out. At this stage, you may feel the contractions are at a gap leaving you some time to take rest between each contraction.

In fact, some women find it easy to tighten in this phase than in active labour because pushing down is relieving. For some, it could be a painless experience while some are exhausted by pushing. Most mothers describe the pushing phase to be similar to the need to poop because the baby is exerting pressure on the similar organs and causing the same reactions at the time of defecation. This urge instinctively directs the body to effectively continue pushing the baby out.

There is an urge to push early during the second stage or before that if the baby happens to be lower in the pelvis. But if the baby remains on top, you won’t have the feeling to push immediately.

If you manage to pull through the transition labour without drugs then you will be more alert and participate in this active part of labour. If you manage to keep upright positions it will make the process easier and physically less taxing.

As the phase progresses, you will encounter the process of crowning when the baby’s head comes out. By now, the urge to push becomes so stronger that you will be guided to blow or pant during contractions to help counter it. You may experience a sensation known as a ‘ring of fire‘ at the time of crowning as the vagina tissues tightly stretch over the baby’s head. This brief but painful sensation is helpful because mothers tend to stop pushing and letting the tissues stretch over the baby’s head gently. A slow and controlled delivery can help to prevent tearing of your perineum.The entire second stage can take from a few minutes to several hours. The last stage is basically when you deliver the placenta. Some mothers hardly observe this part. At this stage, breastfeeding can ensure contraction of uterus post-delivery and cause after-pains or slight contractions. Once detached, the placenta rests in the uterus and makes you feel heavy but delivering it gives you a relief as the process is almost painless as it comes off easily. On an average, the third stage of labour should not take more than five to 10 minutes.

Conclusion: Now you have an idea about what labour pain feels like you also need to remind yourself that nature created these painful cues to remind the body about how to react in each phase. Labour, therefore, is not to be viewed as an avoidable pain but as an immensely personal act of bringing your little child into this world – an unforgettable experience. There is only thing common to all mothers during successful labour – the bliss in the end.

He Isn’t Trying to Annoy You on Purpose – 9 Ways Men and Women Think Differently!

Sanjana Lokur - June 11, 2021
There is no New Year party without photos, and Instagram is one such social media handle that lets you pin-post your glitter-filled images in...