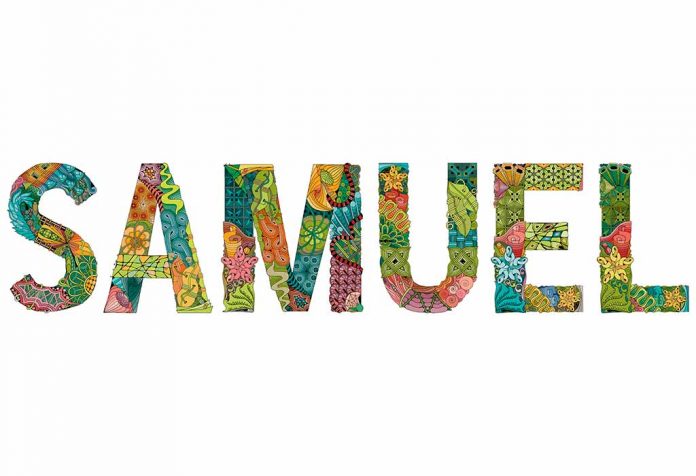 Having spent many years in the top 30 since 2000, Samuel has become a trendy choice for boy names. Much of the credit goes to the friendly and chic nicknames Sam and Samy, commonly used for both girls and boys. With a meaning of epic proportions, the usage of its name stretches across the world in many languages, including Spanish, English, Portuguese, Dutch, German, and French. It is thus imperative to note the special meaning and history of the name as it will play a significant role in reflecting the child’s personality.

What Does Samuel mean?

Samuel is a profoundly religious name that comes from the Hebrew name Shemuel. The meaning of Samuel is ‘Name of God’ or ‘God Has Heard.’ Samuel was one of the great judges and prophets of the Israelites in the Old Testament. Samuel as a surname is derived from Medieval English or Hebrew. The meaning of Samuel in French is ‘His name is God’ and ‘Asked of God’ in Spanish. Samuel was the name of the son of Hannah and the last ruling judge in the Old Testament, who anointed Saul and David.

Samuel combines the Hebrew words Shem meaning ‘name,’ and El meaning ‘god’; or Sh’ma, meaning ‘hear,’ and El meaning ‘God.’ After the Protestant Reformation, Samuel came into everyday use, mainly among Christians. This name is primarily used in Spanish, Hebrew, and English-speaking countries of the world. Samuel is also widespread amongst the modern Jewish communities along with Black Africans and African Americans.

Name variants occur for nicknames, spelling variations, cognates, cultural differences, or transliterations. As the Bible has been translated into many languages, multiple Samuel name variations have also emerged. Some other spellings for Samuel are given below:

How Popular Is the Name Samuel?

Popularly used by Puritans in the 16th century, Samuel has been commonly used throughout the English-speaking world. According to Social Security Administration data, Samuel’s popularity has steadily risen since 2000 and remained in the top 30. This implies that Samuel’s baby name ranking in the US will stay consistently positive even in the future.

Interest through searches for Samuel has been positive over the last decade, consistently accumulating a score above 50 on the popularity scale. The name was searched most in October 2020 with a 100 and dipped to its lowest popularity level in this decade-long trend in June 2020.

Interest in Samuel – US

Mirroring the worldwide search trends, the search for Samuel within the US has also been consistently positive, with the popularity scale registering values above 65 throughout. While the name gained the most interest in 2014, the lowest popularity was recorded at three instances, although with a considerably high result at 67.

Search trends show that the name has been searched the most in Cameroon in the last ten years, followed by Ghana, Cote d’Ivoire, Nigeria, and then the UK. The prevalence of using Biblical names as forenames can be assumed to be a significant reason for people considering the name Samuel as a baby name in Cameroon.

Search trends of Samuel in the US

District of Columbia is the sub-region in the US where the most searches for the name Samuel have been recorded over the last decade. Following this, metro cities in Connecticut, Maryland, South Carolina, North Carolina, and Massachusetts make the top 5 states in the US, where search trends for Samuel have been the highest. Samuel was searched the most in June 2014, while its search frequency dipped in August 2021.

Middle Names That Go With Samuel

Considering the importance of middle names in multiple parts of the world, you need to choose an appropriate middle name to go with Samuel and accentuate its meaning. Here are some of the double names that can be paired with Samuel for your quick reference:

Famous celebrities sharing a particular name help increase its popularity and usage exponentially. Here are a few famous Samuel-named celebrities who have grabbed the headlines:

Baby names like Samuel can be found in a wide variety and with similar sounds. Regardless of choosing to name your son Samuel or one of these similar names, it would help if you also considered suitable family names for Samuel for aesthetic purposes. Some other names for your consideration are listed below:

Names that rhyme with Samuel are almost identical in sound but are different in their spellings and cultural origins. Such names can lend your baby a uniqueness with the same vibe while upholding their authentic meaning. A classic name like Samuel can generate great intrigue and interest in its modern form.

Choosing related sibling names to match Samuel would ensure that their names work together to complement each other. The following list provides suitable sibling names that go with Samuel, including sister names for Samuel and suitable brother names for the same:

Nicknames are a great substitute for a formal or proper name. There are many adorable nicknames for the name Samuel that expresses your affection for your child. Here are some of them:

Samuel is a predominantly male traditional name that maintains its significance across different cultures and countries, mainly due to its Biblical association. Although its popularity has varied in the past five years, its gaining resurgence through young influencers and celebrities named Samuel or Sam.