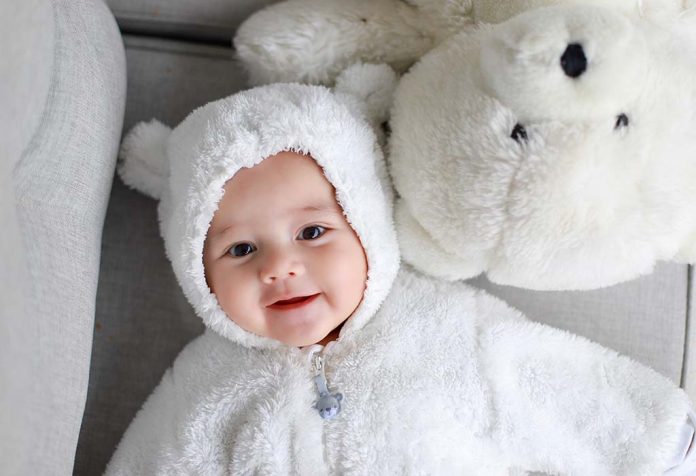 Finding a name and surname for your baby can be a difficult process because you have to agree to the name of your spouse. Even though there are multiple names to pick from, a surname or last name is what makes the name to the next level. Many people look for names for their babies that are either easy to pronounce or spell or a combination of the two but it need not be like that. All names are beautiful in their own way. In our list, some of the surnames are long, which could give rise to epic nicknames and some are so short that they don’t need nicknames at all. Here is our long list of cool Danish baby last names or surnames.

This name has roots in Hebrew and it means “breath”.

Abrahamsen seems to be derived from Abraham. It could mean “father of many” from its Hebrew roots or it could be viewed as a biblical name as well. It means “many” or “multitude”.

This name has roots in Danish and Norwegian cultures. It is a habitational name and it means “farm by the stream”.

This is a common last name in the Scandinavian region. It is of Danish and Norwegian cultures and means “son of Anders” which is in turn derived from the Greek name, Andreas.

It is a Metonymic surname for a “sailor”. It comes from the word Anchor.

A variation of the name Antonsen. It means “son of Anthon”.

It is derived from the name Anton. Anton is a derivation of the Latin Antonius, an old Roman family name. There are many variations including Antonio, Antony amongst others but the name Anton means “invaluable”.

This is a shortened version of the name Erasmus which means “to love”. The name has Germanic, Dutch, and Danish origins.

Anselm has German roots and consists of the two words, and, and helm, which means “divinity” and “protection; helmet”. Hence, Anselm means “divine helmet”.

It is a patronymic version of the name Axel. Axel means differently in Old German and Swedish. In the former it means “Father of peace” and in the latter, it means “divine source of life”.

Beck is related to the last name Bach. It has multiple roots including Middle English, Low German, and Old Norse but in all the languages, it means “stream”.

This surname is a derivation of the name Bergerson which has Swedish roots. It comes from the first name Berger which means “one who saves or protects”.

Berntsen has roots in Norway and Denmark. It is derived from the name Bernt which is the Scandinavian form of the name Bernard. Berntsen means “Son of Bernt”.

This name is the altered version of the Danish noble name, Bielde. Bille used to be a personal name and in Old Norse, it means “axe”.

This last name has been derived from the common name Bjorn which means “bold as a bear”.

Carlsen is a patronymic version of the name Carl. It has multiple roots lying in Danish, German, Norwegian, and Dutch cultures.

The name means “son of Carsten”.

Another patronymic name means “son of Christen”, which is a common Danish variant of the name Christian.

This surname in Danish means “son of Claus”. The name Claus is a German variant of the Greek name Nikolaos which means “victory of the people”.

Having multiple roots, this surname means “famous one”.

This is one of the old Danish surnames which comes from Old Norse and means “valley”. The famous author Roald Dahl sports this surname.

It is a patronymic version of the given name Daniel. The surname is used in Danish, North German, and Norwegian cultures.

This is a Danish surname that has a habitational derivation from the place, Dastrup.

It is from the Old High German Didrik, which means “king of nations”.

Detlefsen means “son of Detlef” and is of Danish and North German origin, which means, “People heritage”. The famous NBA player Detlef Schrempf is a user of this name.

It means “son of Erik” and is derived from the Old Norse Eirikr which means “eternal ruler”.

It is a Danish occupational name of a dyer and means “color”.

Meaning “son of Frands”, it is a Danish variant of the first name Franz.

In Danish, this surname means “fisherman”.

Filip is a variation of the commonly used Philip. It means “lover of horses” from its Greek origin.

It means “son of Frederik” and also means “peaceful ruler”.

It is a Danish variant of a habitational name after several places called Gjelbjerg.

It has Latin, English, and Germanic roots which mean “grain”, “gray home” and “raven”, respectively.

Meaning “son of Gunnar”, the name is made up of two words that mean “war” and “warrior”.

Henriksen is one of the common Danish family names which means “son of Henrik”.

It is a variant of the German ‘Hiller’ and means “someone who lives on a hill”.

It means “son of Hans” which has German roots and means “gift of God”.

It is Danish for “son of Iver” which is Old Norse for “bow warrior”.

It means “son of Jakob”. It is a cognate of the name Jacob, used in Germany and other Nordic countries. The name means “supplanter”.

The name means “son of Johan” which in turn means “God is gracious” and is a common Scandinavian surname.

Meaning “son of Jens”, the name is derived from the given name, John.

The name means “son of Jeppe” which is a Danish form of the name Jacob.

Jorgensen means “son of Jorgen” and it is a derivation of the name George.

Meaning “son of Klaus”. It is the Danish variant of the name Claus, which translates into “victor of the people”.

It means “son of Lars” which is a Scandinavian form of the name “Laurence”.

It is a topographic surname that refers to people who use to live by the grove.

Ludvig is a common given name which means “famous battle”. Ludvigsen means “son of Ludvig”.

It means “son of Mads” which in turn is a Danish nickname for the name Mathias.

Mikkel is the Danish form of the name Michael. Mikkelsen means “son of Mikkel”.

The Danish variant of the name Magnus, Mogen means “great” and Mogensen is a surname which means “son of Mogen”.

It has Hebrew roots which mean “drawn out of the water”.

This last name means “son of Niels”. Niels is the Danish version of Nicholas. Niels Bohr, the Danish physicist is a famous moniker of this name.

Nis is short for the name Nicholas. Nissen means “son of Nis”.

Olsen or “Son of Ole” is the Danish form of the name Olaf.

It is Danish and refers to someone who lives on the eastern side of a place.

A habitational surname from any of the multiple farmsteads.

Another habitational surname means “east of the farm”.

It means “son of Otto”. Otto has Later German roots and means “wealth”.

The name means “son of Palle”. Palle is a Danish diminutive of Paul.

Variant spelling of the name Pask. It is a Danish variant of the Latin name Paschalis.

Meaning “son of Paul”. The name Paul has Latin origins and means “small” or “humble”.

“Son of Peder”, which is a variant of the name Peter.

This last name is Latin for “rock/stone”.

The name means “son of Poul”.

The name is derived from homesteads in Denmark.

It means “son of Rasmus”, which is short for Erasmus.

The habitational name refers to a person who comes from a town called Ribe.

A habitational name from a place called Ronne which could possibly mean “swamp”.

A derivation of the name Alexander, and means “man’s defender”.

An occupational surname for a blacksmith or metal worker.

A Danish surname which is habitational, from the place called Silberg.

“Son of Simon, this surname is derived from the given name Simon, meaning, “hearkening” or “listening”.

It is derived in Danish from two words, Skov and guard meaning “wood/forest” and “farm/yard”.

The name means “son of Steen”. Steen is the Danish cognate of the name Sten, which means “stone” in Old Norse.

Steffensen is the Danish variation of Stephen meaning “crown”.

Stenberg is a popular Danish last name and means “stone” and “mountain”.

It is Old Norse for “beach” or “seashore”. It was used by people living near the ocean.

Meaning “son of Svend”. It is derived from the name Sven, which is Old Norse for “boy”.

Meaning “son of Thomas”, which has Greek origins.

The surname comes from a person who used to live near a thorn bush.

The name means “son of Thor”. Thor is the “God of Thunder” in Norse mythology.

Troel is the Danish version of the name Porgisl, which means “Thor’s shaft”.

Traeger is of German origin and means “someone who carries something”.

The surname Valter has Swedish origins and is unique in Danish culture. The name means “strong fighter, warrior”.

Vang is a Danish variant of Wang which is Old Norse for “grassy slope”.

The name means “son of Verner”. Verner is the Scandinavian rendition of the name Werner, which means “guard”.

This is a Scandinavian variation of Winter, mostly used in Denmark and Sweden.

This is a Danish variation of Winter.

Derived from Middle or High German and refers to the animal, Wolf.

The name means “son of Wilfred” and has Germanic roots meaning “resolute peace”.

Danish surnames always sound cool no matter where they are from. In case you are looking to educate yourself on different kinds of Danish surnames, we hope our list of Danish surnames had enough and more options to provide you with a starting point. The majority of Danish names, as you may have noticed, are based on patronymics while others are derived from places, geography, etc. Although in 1820, the tradition of having patronymic surnames was outlawed, they came back in about 50 years’ time. These surnames also give rise to some epic nicknames that stick with people for the course of their lives. Hope you enjoyed our list!

14 Most Common Signs and Symptoms of Pregnancy With Their Reasons

Remember These 7 Things Before Cosmetic Surgery

Baking Soda for Babies – Benefits and Ways to Use