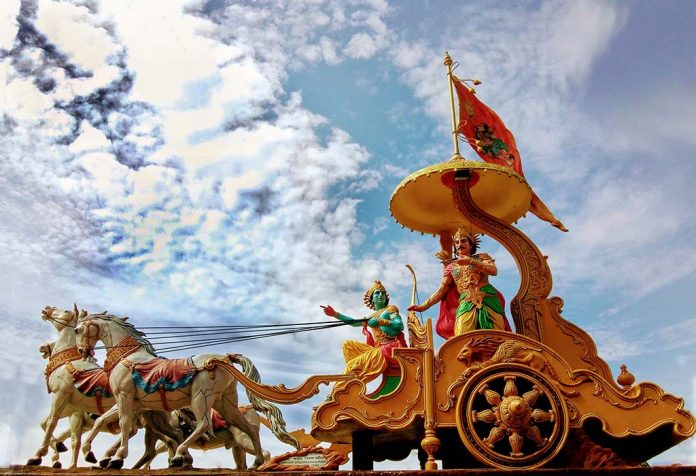 Mahabharata is a literary treasure and a blend of Hindu mythology and philosophy. It is considered to be for adults only. But this great epic is more than that. Its varied stories and many characters have an appeal for the kids too. In fact, it is a treasure trove for today’s generation raised on Harry Potter and likewise tales. It has countless stories that teach valuable lessons in ethics and morality. This great epic is a part of our culture and should have a rightful place in the hearts of our children.

It is one of the two major Hindu Mythological Sanskrit epics of India. It is the narration of the great eighteen-day Kurukshetra war between the hundred Kauravas and the five Pandavas, the children of two brothers. Interwoven with many stories and a multitude of characters, it comprises philosophical and devotional material. It also contains the Bhagwat Gita, the much revered Hindu religious text. Mahabharat is not meant to be read as a pastime for amusement. You have to delve deeply into it and understand the characters and their actions and reactions. Once involved in the story, you will find yourself playing out so many roles, identifying something similar with the characters as they appear in the story.

The story begins with Hastinapur’s King Shantanu of the Kuru dynasty marrying river Goddess Ganga. Bhishma, one of the prominent characters in Mahabharata, was their son. Ganga left them to carry out her godly duties, and Shantanu married Satyavati and had two sons with her. Vichitravirya, one of the sons, became the king after him. He fathered three sons, Dhritarashtra, Pandu and Vidur. Dhritarashtra being blind, Pandu became the king supported by Bhishma.

Dhritarashtra married Gandhari and had a hundred sons, the Kauravas. Pandu married Kunti and Madri, and with the blessings of different gods, the five Pandavas were born. Unknown to everyone, Kunti was already an unwed mother to her oldest son, Karna.

Having brought prosperity to his kingdom, Pandu decided to retire to the forest, entrusting the kingdom to the care of Dhritarashtra. After Pandu and Madri’s death, Kunti came back to Hastinapur with the five boys. The cousins, Kauravas, and Pandavas never got along. There were failed attempts by the Kauravas to kill them. And after one such conspiracy, the Pandavas with their mother went into hiding. In this period, Arjun married Draupadi, and they all went back to Hastinapur. But they were exiled to the forest for thirteen years when in a game of dice, Yudhishthir lost everything to the Kauravas. On their return, Duryodhana refused to give back the kingdom, and the stage was set for the greatest battle despite Lord Krishna’s attempts to bring peace. The war went on for eighteen days and ended with the defeat of the Kauravas. Yudhishthir was crowned the King. 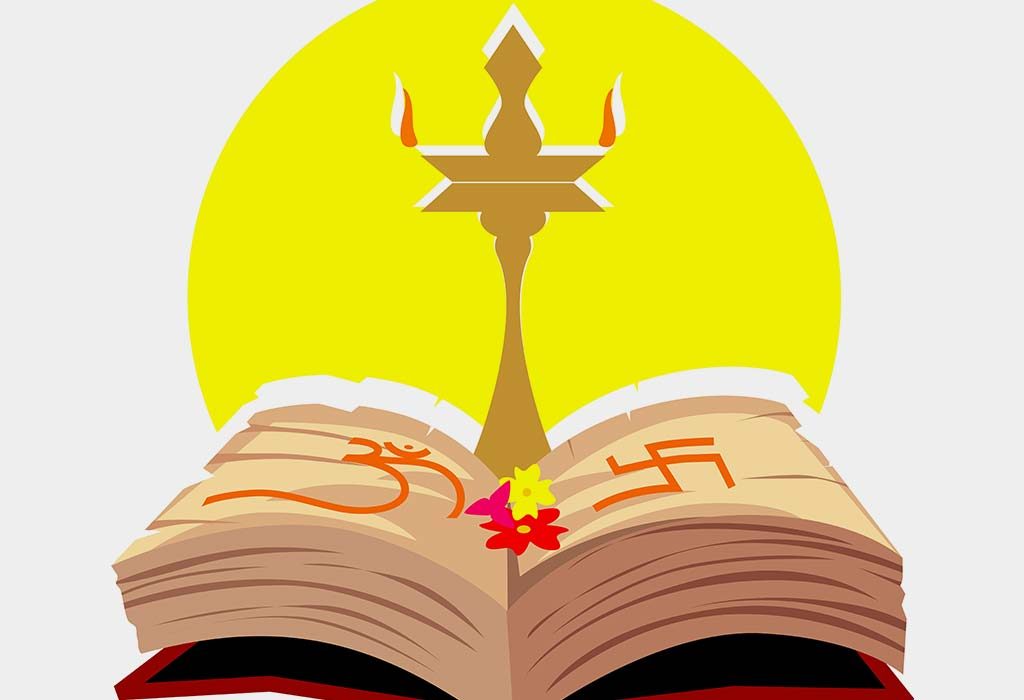 This lengthy epic has hundreds of stories, many for the children also. Here are some well known Mahabharata stories for kids.

1. Arjun and the Bird’s Eye Test

The Kauravas and the Pandavas were given an archery test by their Guru, Dronacharya. They were asked to aim at the eye of a toy bird on the branch of a tree. When the teacher asked them what they saw, with the exception of Arjun, all others claimed to see the sky, trees, the bird, the leaves, the branches, etc. Only Arjun said that he just saw the blackness of the bird’s eye. Only he was permitted to shoot at the target, which he did successfully.

2. Abhimanyu and the Chakravyuh

Abhimanyu, while in his mother’s womb, had learned how to break the Chakravyuh, an intricate battle formation. On the thirteenth day of the great battle, the sixteen-year-old youth fought bravely against the experienced, much older warriors and reached the centre of the circular formation where Duryodhana was. The Kauravas rushed to save Duryodhana and attacked Abhimanyu. Unfortunately, Abhimanyu had not learned how to exit the formation. He put up a great fight and killed many great warriors before he himself was killed.

Eklavya, a tribal boy was refused to be taken as a disciple to learn archery by Guru Dronacharya who taught only the Kshatriyas and the Brahmins. Undeterred, he kept a clay image of Dronacharya before him and practised archery becoming very proficient in it. Once, disturbed by the barking of a dog, he shot arrows in its mouth to shut it up without hurting it. When this feat came into the notice of Arjun, he was upset that there was a better archer than he was. Not wanting to have a rival archer against Arjuna and observing that Eklavya had his image as the teacher, Dronacharya asked him for Guru Dakshina, the offering to be made to the teacher. On being asked what he could offer, Dronacharya asked for his right thumb knowing well that without the thumb he could not shoot. Without hesitation, Eklavya cut his thumb with a knife and placed it at the Guru’s feet. With this deed, he immortalized himself as the epitome of an ideal student.

4. The Story of King Shibi

King Shibi was known for his truthfulness, being just, and keeping his word. The gods Agni and Indra decided to test these qualities. They assumed the forms of a dove and a hawk, the latter pursuing the former. The dove sought protection with Shibi, who promised to save him. The hawk in anger accused him of depriving him of his rightful food. The king, in reply, offered flesh from his own body to appease his hunger. The hawk asked for flesh equal to the weight of the dove. A balance was brought, and the king started cutting flesh from his body, but the dove seemed to be getting heavier with every piece. Finally, the king himself sat in the balance offering his entire body. At this, the gods came into their real forms granting him many boons and the gods above, a witness to this test, showered him with flowers and praise.

Moral Lessons for Children from Mahabharata

Like all great epics, Mahabharata is the story of victory of good against evil. The word ‘Mahabharata’ has become synonymous with any great confrontation in day to day life also. But its moral lessons will be synonymous with the right and truthful way of life for years and years to come.

Self-love: Taking Care of Yourself, Along with the Baby, Is Very Important!

How to Dump Some of Those “Important” Papers