15 Fascinating Stories from Ramayana for Kids

15 Fascinating Stories from Ramayana for Kids 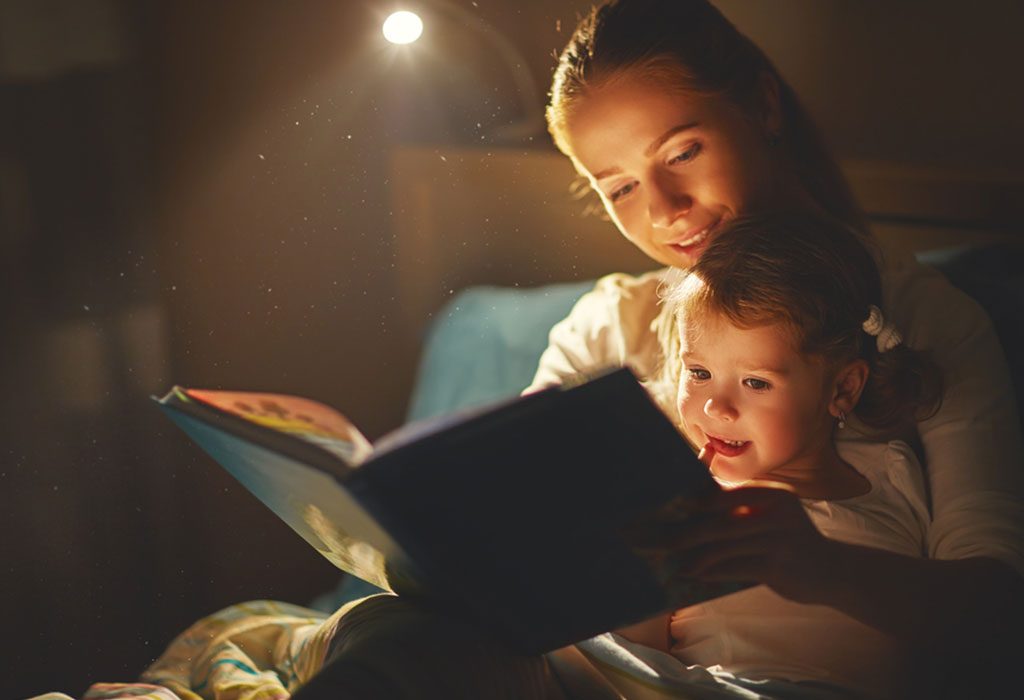 One of the greatest Indian epics, the Ramayana was written by the famous sage Valmiki. This famous Hindu scripture was composed in a poetic form in Sanskrit. The Ramayana is a tale of the triumph of good over evil, where Lord Rama fought and killed the demon king Ravana to rescue his wife, Sita. The epic is filled with lessons about Hindu culture and also helps us understand the true meaning of love, devotion, courage, and bravery.

Short Stories From Ramayana for Children

The original epic is written in Sanskrit, and it may be difficult for your kid to understand it. However, if you want your little one to get a sneak peek into the legendary epic, here are few short stories for kids from the epic Ramayana.

1. Why is Hanuman Called Bajrangbali?

The ever-curious Hanuman once saw Sita adorning her forehead with vermilion. Hanuman asked, “Sita Mata, why are putting vermillion on your forehead?” Sita was amused by the curiosity of Hanuman and answered, “I apply it to ensure the long life of Lord Rama.” Listening to this, Hanuman smeared his whole body with vermillion. Lord Rama was so amused that he burst into laughter. He called Hanuman close to him, and said, “I am amazed by your love and devotion towards me, and from now on, people will also know you as Bajrangbali.” “Bajrang” in the word Bajrangbali means orange.

Apart from his three brothers, Rama also had a sister. Not many people know about this, and it is also believed that all four sons of King Dashrath were not told about the existence of their sister Shanta. Shanta was the oldest child of King Dashrath and Queen Kaushalya. Queen Kaushalya had an older sister, named Vershini, who did not have any children of her own. So, during one of her visits to her younger sister Kaushalya, Vershini asked for Kaushalya’s child. King Dashrath agreed to give his daughter Shanta to Vershini.

After coming back victorious from the battle, Rama was rewarding everyone who helped him in the battle. When he asked Hanuman what he wanted as a gift, Hanuman refused to take anything. Watching this exchange, Sita gave Hanuman her pearl necklace. Hanuman accepted the gift, and he started breaking each pearl with his teeth. Astonished, Sita asked Hanuman why he was breaking the pearls, and he replied that he was looking for Rama in the pearls, but he can’t find him. The ministers of the court started mocking Hanuman for his devotion, and one of them asked Hanuman if his body also has Rama in it. In response, Hanuman tore his chest apart with his hands and residing in his heart was the image of Rama and Sita. Everyone was shocked by his devotion and congratulated him.

4. The Story of a Squirrel

Ravana had abducted Sita and took her to Lanka. There was a massive ocean that Rama had to cross to get Sita back. The entire Vanar Sena (army of monkeys) and all the animals started helping Lord Rama to make a bridge that would take them to Lanka. Rama was deeply moved by the dedication and passion of his entire army. He noticed that a tiny squirrel was also working tirelessly. The squirrel picked up tiny stones in her mouth and kept putting them near the boulders. The squirrel’s enthusiasm was destroyed by a monkey when he made fun of her saying that she should stay away from the boulder or she would get crushed. Seeing the monkey laugh, all the other animals also started making fun of the little squirrel. The squirrel was hurt and started crying. The upset squirrel went running to Rama and complained about the whole incident. Rama assembled everyone and showed them how the pebble thrown by the little squirrel was connecting two boulders. He also stated that no contribution is small or big; what matters is the intent and devotion. Appreciating the hard work and effort of the squirrel, Rama lovingly stroked the squirrel’s back. The gentle stroke left three stripes on the squirrel’s back. It is believed that before this incident, squirrels did not have stripes on their bodies. This is a great moral story for kids which will help them recognise the importance of both small and big efforts.

5. How the Demon King Ravana Got Ten Heads

To please Lord Brahma, Ravana underwent severe penance (tapasya) that lasted for several years. One day to appease Lord Brahma, he decided to chop off his head. When he chopped off his head, it grew back again. He kept chopping off his head till his austerity pleased Lord Brahma. Impressed by Ravana’s dedication, Lord Brahma blessed him with ten heads and Ravana became one of the greatest and the most powerful king. The ten heads of Ravana are symbolic of the six Shastras and four Vedas that he mastered.

6. The Story of Mandodari And Sita

It is a well-known fact that Sita was the daughter of King Janaka. But, according to one of the references in Adbhuta Ramayana, Mandodari was the mother of Sita. It is believed that Ravana used to store the blood of all the saints he killed in a large pot. One of the sages, Gritsamada stored milk obtained from darbha grass in a pot to practise penance and to have Goddess Lakshmi as his daughter. Ravana got a hold of the milk pot by sneaking into Gritsamada’s house and poured the milk into his pot of blood. Mandodari got so offended by this evil act that she decided to commit suicide by drinking the contents of the pot. After drinking from Ravana’s pot, Mandodari did not die. Instead, she became pregnant with Sita. After Sita’s birth, who is one of the incarnations of Goddess Lakshmi, Mandodari left the baby in Kurukshetra, and that is how King Janaka found Sita.

7. The Story of Hanuman’s Birth

This is an interesting Ramayana story for children that talks about the birth of Hanuman. One day, King Dashrath was performing a yagna to have children, and Anjana was worshipping Lord Shiva to beget a son, at the same time. Agni, the god of fire, gave prasad to King Dashrath that had to be shared amongst his three wives. Due to divine intervention, an eagle snatched some prasad and dropped it. The god of wind, Lord Vayu intervened and transported the prasad into Anjana’s hands, which she ate. Soon after this, she gave birth to Hanuman.

8. The Story of the Incarnation of Rama’s Brothers 9. The Story of Shurpanakha

Shurpanakha was Ravana’s sister, and it is believed that she instigated the battle between Rama and Ravana. There are different versions of the story of how Shurpanakha was the reason behind the battle. Still, according to Valmiki’s version, Shurpanakha approached Rama with a marriage proposal, but he refused her proposal. She then turned to Laxman. Laxman too refused her proposal and baffled she decided to harm Sita. On Rama’s order, Laxman chopped off Shurpankha’s nose. Insulted and disheartened she went to her brother Ravana who abducted Sita to seek revenge on Rama and Laxman.

When it was time for him to die, Rama deceived Hanuman. This was because Hanuman would not let Yama claim Rama’s soul, and thus, it was impossible for Rama to die. To distract Hanuman, Rama threw his ring in a crack and asked Hanuman to get it. Hanuman turned himself into the size of a beetle and jumped inside the crack which led him to Naag Lok (where serpents reside). He asked King Vasuki of Naag Lok for the ring, who guided him towards a pile of rings, all of which belonged to Rama. Hanuman was shocked seeing the pile of rings, and Vasuki informed him that he was tricked by Rama.

11. The Story Of Ravana’s Soul

It is believed that before going for the battle with Rama, Ravana deposited his soul with a hermit called Fire-Eye. The hermit was supposed to guard Ravana’s soul and keep it safe until he came back for it. During the battle, Rama was surprised to see that none of the arrows that struck Ravana could harm him. The secret about Ravana’s soul was known to one of Rama’s allies, who transformed himself into Ravana and went to the hermit asking to return his soul. As soon the soul was set free, Rama killed the demon king Ravana.

12. The Story Of Laxman’s Sleep

13. The Story Of Hanuman’s Death Sentence By Rama

Once on being instigated by Narada, Hanuman unknowingly insulted Vishwamitra. This happened when Hanuman greeted all the sages in Rama’s court but didn’t greet Vishwamitra because he wasn’t a saint by birth. Vishwamitra felt offended and ordered Rama to issue a death sentence for Hanuman. The death sentence was executed, but none of the arrows or even the brahmastra could harm Hanuman. This was because Hanuman kept chanting Rama’s name.

14. The Story Of Kumbhakaran’s Sleep

Lord Brahma once asked all the three brothers Ravana, Vibhishana, and Kumbhakaran for a wish. Being well aware of Kumbhakaran’s wit and valour, Indra requested Goddess Saraswati to tie his tongue, because of which Kumbhakaran asked for the wish of eternal sleep. Ravana could not see his brother’s plight and thus pleaded Lord Brahma to take back his brother’s wish. Lord Brahma could not undo the entire wish, but he said that Kumbhakaran would sleep for half a year and will stay awake for the other half. During the battle with Rama, Kumbhakaran was asleep, and many attempts were made to wake him up.

15. The Story Of Rama’s Victory

Ravana had organised a yagna towards the end of the battle for his victory. The condition for the success of the yagna was that Ravana could not leave while the yagna is being performed. When Rama learnt about this yagna, he sent Angad along with a group of monkeys to distract Ravana, but all the efforts went in vain. Finally, Angad dragged Ravana’s wife Mandodari by her hair in front of him. Mandodari kept pleading Ravana for help, but he did not move. It was when Mandodari taunted Ravana by taking Rama and Sita’s example that Ravana got up from the yagna and was defeated and killed in the battle.

There are great values and lessons in these short stories from Ramayana. These stories are not only entertaining for your kid, but they will also help him learn about the different stories that culminated into the battle between Rama and Ravana. Hindu mythology is full of interesting stories; you can also tell Krishna stories to your kids to teach them more about Hindu mythology.