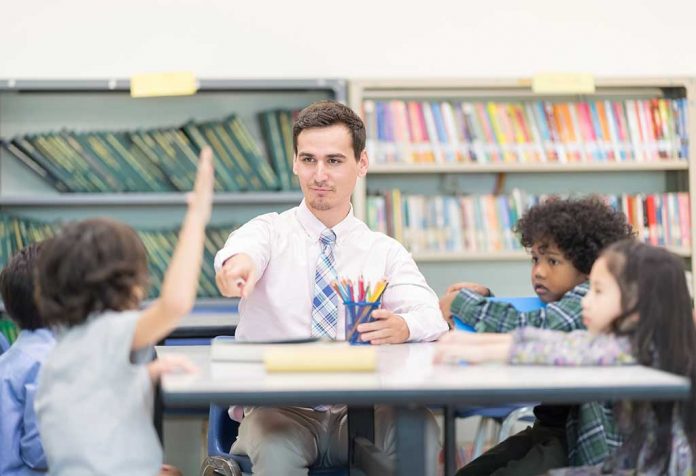 In This Article
Are you a fan of game shows, quizzes, or similar events? Do you have children who love to compete with you? Are you a family that loves to play board games that exercise your grey cells? If you and your family have a stash of games like Wits & Wagers and Cranium that you are bored of, then you can host your very own quiz show at home. From Who Wants to Be a Millionaire? To Pointless, several shows have viewers glued to the silver screen.
You would definitely be familiar with “Are You Smarter Than a Fifth Grader? hosted by John Cena. Most of you would have played along to test your ability and level of intelligence and knowledge. The game show is unique and can sometimes push you to stay updated on different subjects. A relatively easy game, you can host it in your living room and make it an excellent pastime on a boring day. “Are you smarter than a 5th grader game for kids and adults could be an innovative way to get you and your family to don the intelligent hat and show off your general knowledge. It is an exciting game to play when you have friends or extended family at home. A great way to spend time bond whilst making it a learning session, below is a question bank that you could dig into if you are preparing to host an event yourself.

Are You Smarter Than a Fifth Grader Math Questions With Answer

Maths is a fun topic for a “Are you smarter than a fifth-grader quiz” and could get everybody’s calculative brain on the speed button. A ten-year-old is expected to make relatively quick calculations, and adults could sometimes be challenged by basic questions that they have not dealt with in a while. A few questions that you can include in your database are listed below:

1. What makes a square a square?

2. You collect 48 pieces of Halloween candy. Your parents say you can eat two pieces per day, plus an extra piece on Saturdays and Sundays. How many weeks will it take to finish all of your candy?

3. How many days are there in a leap year?

4. If I had eight dozen eggs, how many eggs would I have in total?

5. What unit of measurement is abbreviated as “oz”?

7. What do we call the angle less than 90 degrees?

8. If a train was supposed to arrive at 3:15 pm and arrived 35 minutes late, what time did it arrive?

9. How many sides does a heptagon have?

Are You Smarter Than a Fifth Grader English Questions With Answer

Literature is not everyone’s cup of tea. But it is an intense topic to include in quiz sections. Questions on English Literature can make the session interesting and informative too. Below are a few questions for a quiz to be based on literature that will get those avoid readers thinking on their feet.

2. What is the antonym for “beautiful”?

3. In which language was “The Girl with the Dragon Tattoo” published initially?

4. What are similar sounding words called?

5. Which is the second book in the “Harry Potter” series?

Answer: Harry Potter and the Chamber of Secrets

7. Who wrote “The Little Mermaid” originally?

8. What is the collective noun for a group of fish?

9. What would you call the central character of a story or plot?

10. Name the first Chinese author to win the Nobel Prize for Literature?

History is vast and makes for an interesting subject to get quizzing. With its exciting trivia and facts, History as a subject is challenging. It is all about recollecting names, dates, figures, and more. Below are some “Are you smarter than a fifth-grader questions history or social sciences” that will get you recollecting facts and figures.

1. Who founded the Red Cross?

2. By what name was the modern-day city of Istanbul known in the 13th century?

3. What was the name of the last Queen of France?

4. In which decade did Hongkong free from British rule?

5. Name the 16th President of the United States of America?

6. Which state is Mount Rushmore located in?

7. When did Thomas Alva Edison invent the light bulb?

8. Name a famous emperor of the Roman Empire?

9. Which state is the Grand Canyon located in?

10. Which is the largest South American country in terms of area?

Are You Smarter Than a Fifth Grader Science Questions With Answer

Science is an interesting subject for all kids and adults. Science somehow manages to captivate people with facts about the phenomenon surrounding us. A few tricky science questions to spruce up your family time are just what you need to stay entertained. Try including these questions to make your gaming night a fun event.

1. What are the three different states of matter?

2. What are animals without a backbone called?

3. Why does one always see lightning before sound?

4. Who invented the internet or World Wide Web?

5. How many years is Earth been in existence?

6. What does NASA stand for?

7. What force pulls objects to Earth and keeps people from floating called?

8. What are the poles of a magnet called?

9. What is the food pipe in our body called?

10. What is the boiling point of water?

Are You Smarter Than a Fifth Grader Geography Questions With Answer

1. Which country does the Prime Meridien pass through?

2. Which are the two major inland seas in the world?

3. Which country is both an island and a continent?

4. Which sea is the city of Venice located in?

5. Name the famous mountain range that has Mount Everest?

6. Which country is the City of Troy located in?

7. What is the Hwang Ho River also called?

8. Which country shares its coastline with the Red Sea and Gulf of Persia?

9. Which month does the autumnal equinox fall in the Northern Hemisphere?

10. Which language is spoken in the Canadian province of Quebec?

Are You Smarter Than a Fifth Grader Computer Questions With Answer

For some help with the “Are you smarter than a fifth-grader trick question” related to computers and computer science, you don’t have to look further. It is hard to coin computer questions, especially as they may be easy for adults. However, this bundle could get even adults thinking.

1. In which year was the first computer invented?

2. Who is the first computer programmer in the world?

3. Who are the founders of Hewlett Packard?

4. What does USB stand for?

5. What is the process of sending a power supply sending a signal to the system unit called?

6. Who invented the first USB port?

7. What was the name given to the first computer?

8. Which computer system used color display for the first time?

9. Which company designed the first CPU?

10. What stores short-term memory programs and data in the computer system?

What started as a game show on television has caught on with people very well. A game show where adults were pitted against fifth-graders to test their skills has become a household name. When watching the quiz show, viewers get a strange satisfaction watching contestants getting answers right and winning. It is interesting to recreate the magic of game shows and quiz programs within the confines of your living room with friends and family. All you need to do is do some research to get started. A good start would be to collate questions into sections and then organize them to devise a plan to conduct the event. With the database above, you will be on your way to hosting a game show too. All you need to do is turn on the lights camera and get into action! Go ahead and become a John Cena yourself to be the show’s star.

Your Arrival, My Angel, Is Going to Fill Up the Biggest Void!

How to Cure Jaundice in Newborn Baby