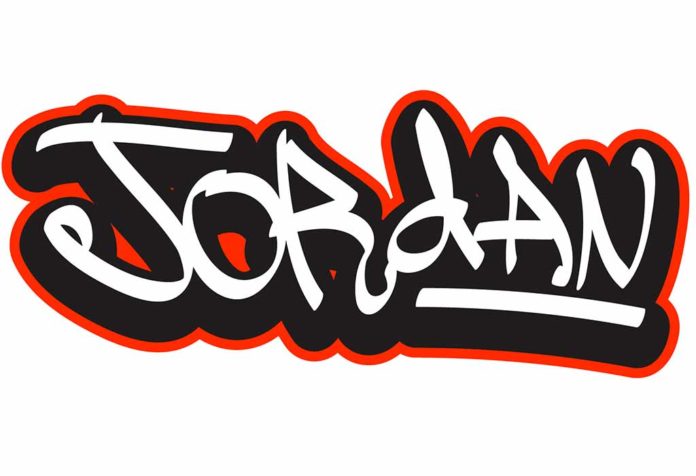 The name Jordan was widely popular from 1980, and in 1990, this name experienced a jump in popularity. You can identify the popularity of this name because of the serene meaning, due to which numerous parents chose this name for their baby. Although the name is experiencing dwindling popularity in the present time, it is an excellent choice for a boy.

What Does Jordan Mean?

The meaning of a name is vital for many parents since they want their child to be named something meaningful. The meaning of Jordan in Hebrew is “to flow down.” It also means “descender” or “to descend.” You can find the name’s roots in the Bible, where Jordan is the name of the Baptist who was responsible for baptizing Jesus Christ in the Jordan River. Due to its origin, the name gained wide popularity in Europe, especially among Christians.

The origin of the name Jordan is both Hebrew and Greek. In Hebrew, the name originated from the word “yarad,” which means “descend” or “flow down.” Apart from its Biblical roots, you can also find the name in ancient German, where it came from “Jordanes.” It is an ancient German name that became famous because of the history of the Goths published by a 6th-Century Roman author.

Other spellings for Jordan refer to the different variations of the name in different cultures and religions. It also denotes the trend among various countries regarding a name. Therefore, some of the Jordan name variations are:

How Popular Is the Name Jordan?

The popularity of the name Jordan skyrocketed in 1990, after which the name remained consistent in the baby names list in the US. According to the Jordan popularity index, the name gradually began to decline from 2000. The name ranked 36 in 2000, after which it pushed down to rank 46 in 2005. As per Social Security Administration, the name has remained among the top 50 list from 2000 to 2012 despite its declining usage.

The SSA data denotes how the popularity of this name is gradually decreasing. The name remained in rank 46 for 2010 and 2011; however, it went down to 56 in 2014. The Jordan baby name ranking was 81 in 2019, followed by 89 in 2019. Nevertheless, the name climbed back up in 2020 with a rank of 82. This signifies the potential of the name to be significantly used in the future. Most importantly, in the last decade, the name has not slipped from the top 100 list in the US; therefore, the chance is abundant for the name to gain back its wide popularity.

The interest in the name Jordan, according to worldwide trends, has increased over the last decade. The name has maintained a rank over 35 in the previous ten years and has experienced an upward trend. The name was ranked the lowest in October 2012 and the highest in May 2020, which shows an optimistic forecast for the future.

Interest in Jordan – US

Popularity of the Name Jordan

The top five cities in the world where the search trends for Jordan are the highest are Jordan, followed by the Dominican Republic, the United States, Puerto Rico, and the Philippines. This indicates the most usage of the name in these countries in the last decade.

Search trends of Jordan – US

In respect to the search trends, Utah ranks the highest for the name Jordan. It is followed by Lowa, Mississippi, Georgia, and North Carolina. The search trends have been highest in the last ten years in these states, indicating its popularity.

Middle Names That Go With Jordan

Choosing a middle name for your child should be done carefully. This is because maintaining harmony with the first and middle name is essential to maintain the beauty of a name. This list includes some of the suitable double names with Jordan:

Famous people have a notable influence on the popularity of a name. Many parents often name their children based on their favorite celebrity’s name. Similarly, some of the popular personalities called Jordan are:

There are different variations of a name that have similar sounds. This list includes some of the names that rhyme with Jordan:

When naming your children, maintaining a flow between the names can help in maintaining harmony. Therefore, choosing sibling names that go with Jordan should be put some careful thought into it. This list includes suitable sibling names for Jordan:

Nicknames have a special place since those are called by near and dear. These names can be used in informal settings and sometimes are pretty funny. Some of the quirky nicknames for Jordan are:

The name Jordan is considered a popular name with its rise in 1990. Although there is a gradual decline in the name’s popularity, the name remains among the top 100 baby names in the US. In 2020, the name ranked higher than 2019, which shows the popularity of the name rising. Therefore, this beautiful name has significant chances of rising to fame in the future.

6 Healthy and Delicious Beetroot Recipes for Toddlers and Kids

60 Poetic Names for Boys and Girls

My Baby Is A Clubfoot Baby, and He Is A Champ