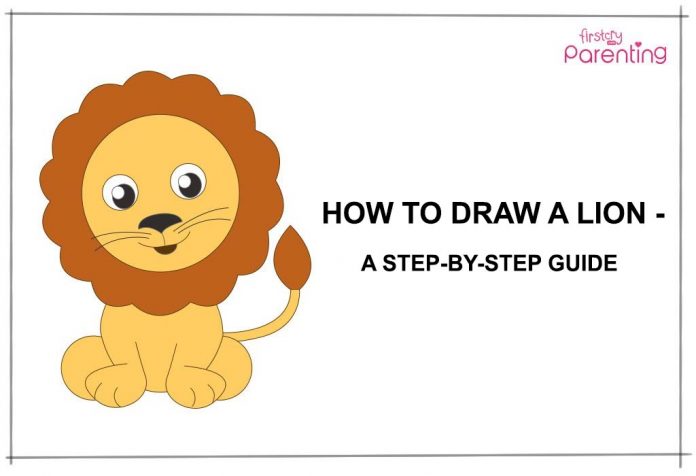 Video: How to Draw a Lion – An Easy Step-by-Step Guide for Kids

This step-by-step guide is a great way to get your child to learn a new drawing. This one is simple and turns out great! Ready to see how simple it is to draw a lion?

Draw a circle with a diameter of 5 cm or more on a plain sheet. To draw a lion face, make a small circle inside this circle. The space between the two circles should be about 1 cm. The outer circle should be sketched lightly so that it can be erased later. 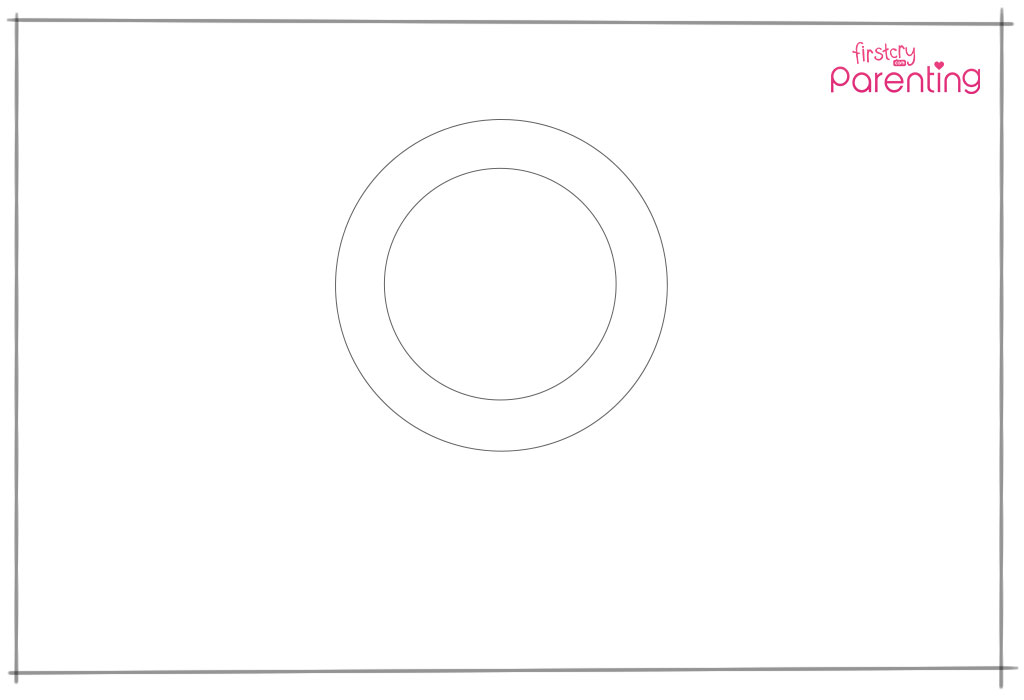 Step 2: Draw the mane of the lion.

Draw frill-like semi-circles on the circumference of the bigger circle to draw the mane of the lion. Then erase the outer circle. 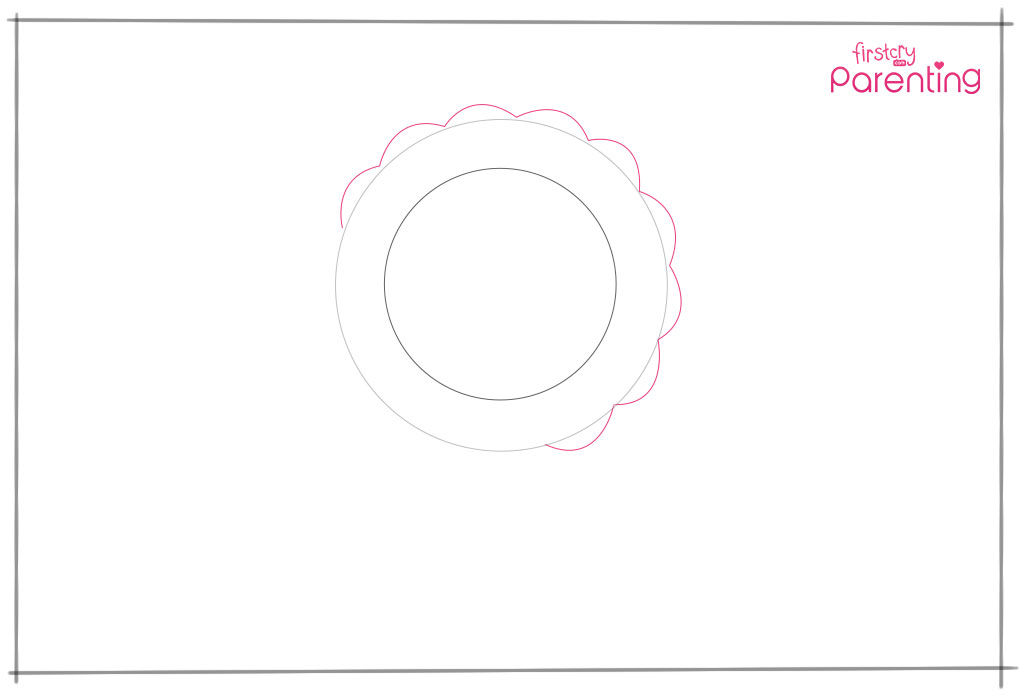 Draw an oval or egg-like structure starting from 1 cm below the centre of the circle as shown in the illustration. 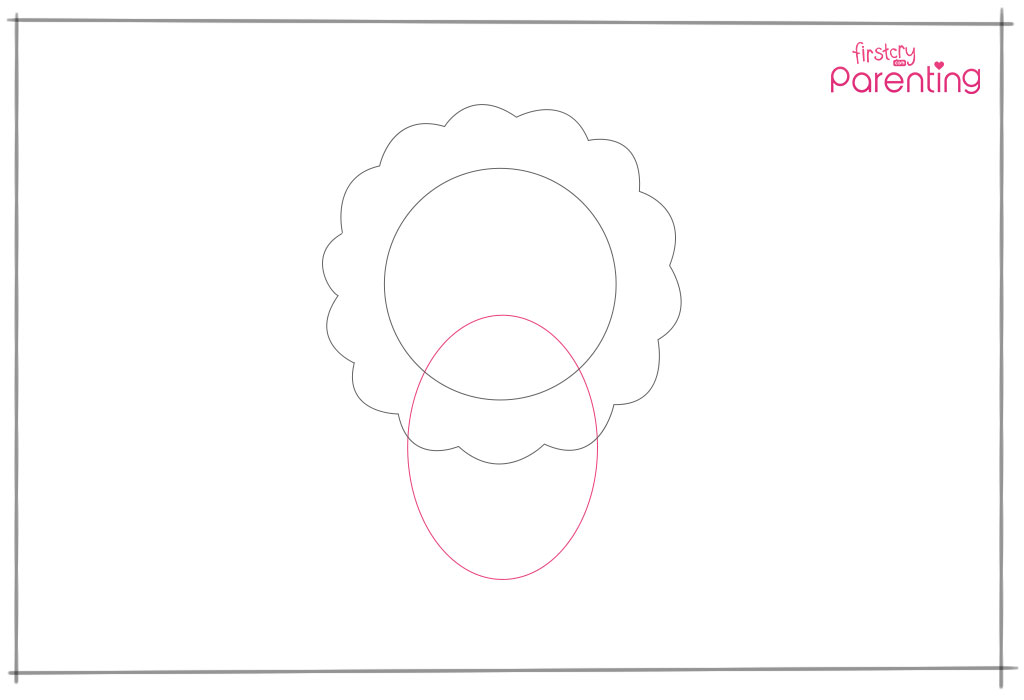 Step 4: Draw two small circles on the left and right sides of the oval shape. 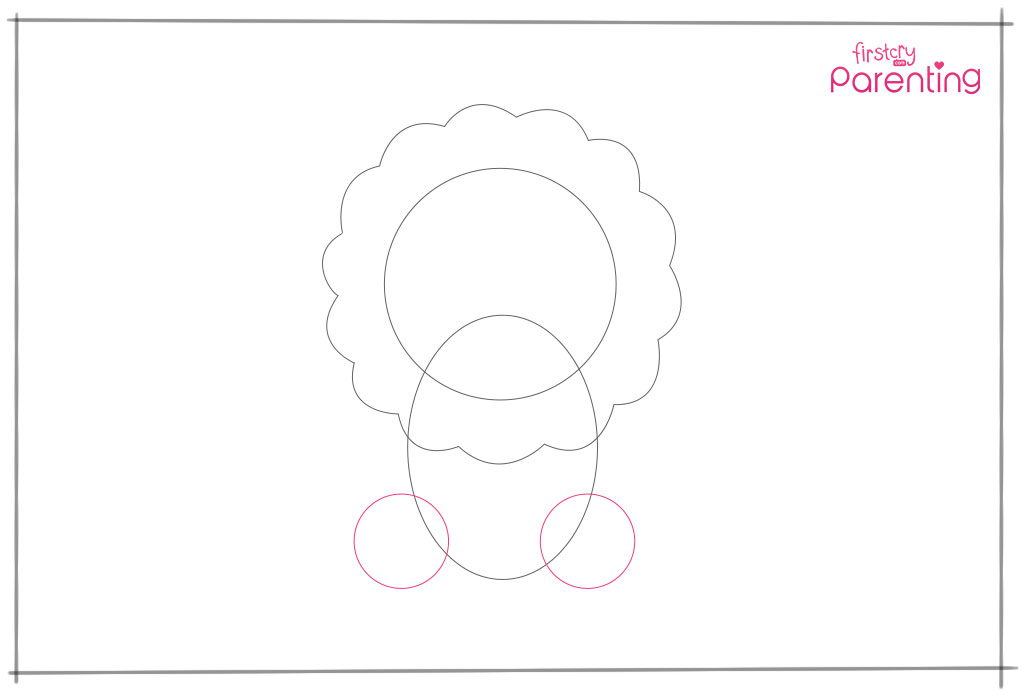 Draw two arcs inside the oval shape on the left and right sides respectively, as shown in the image. 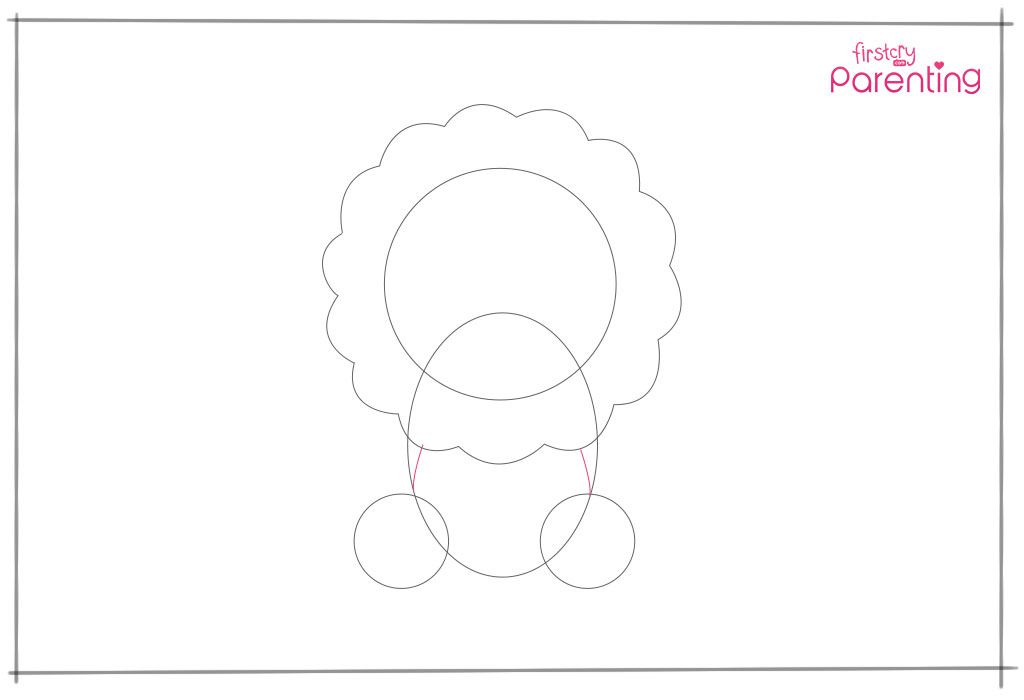 Step 6: Erase the top-half of the oval shape.

Erase the above half of the oval shape. 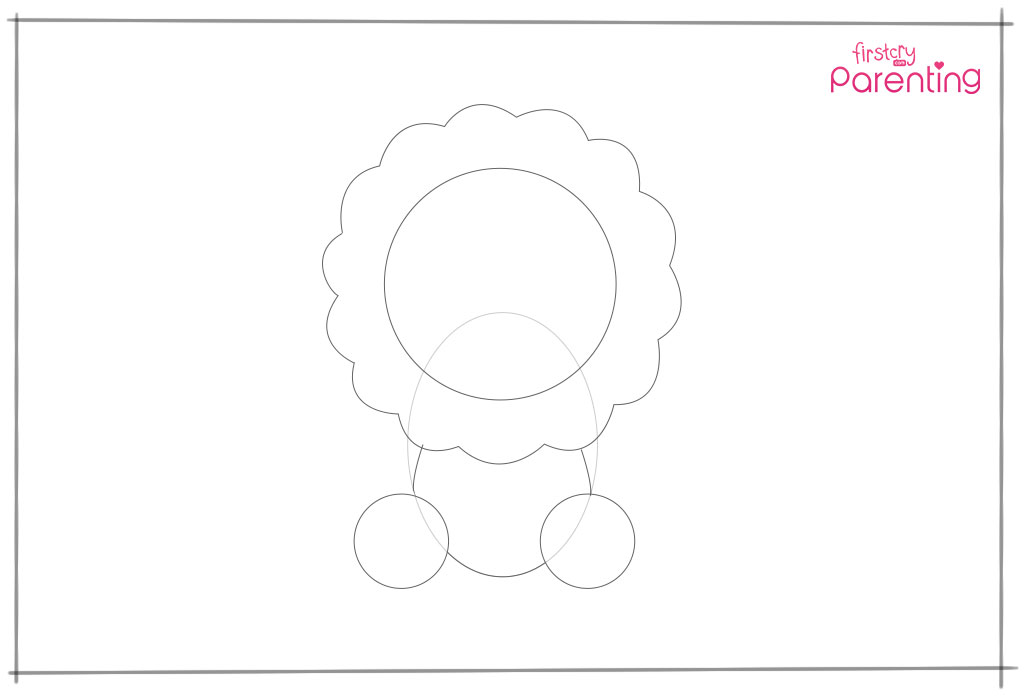 You will get a U-shape, which will form the base or the body of the lion. 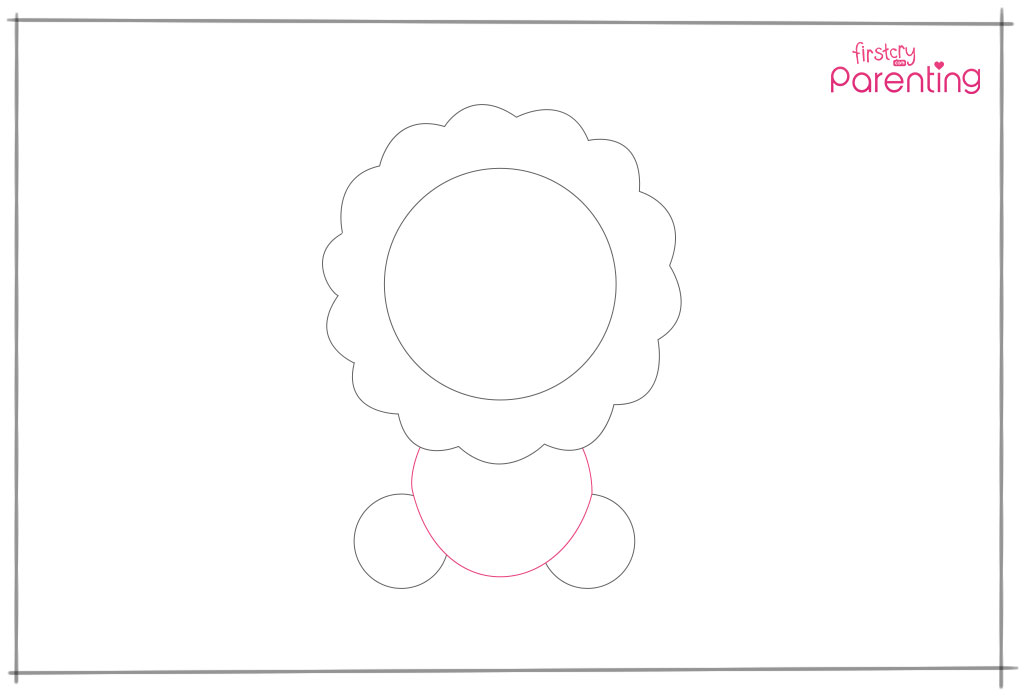 To make the lion’s legs and feet, draw a ‘J’ on the left as shown in the image and an ‘L’ on the right. Draw two arcs on both the feet as illustrated. 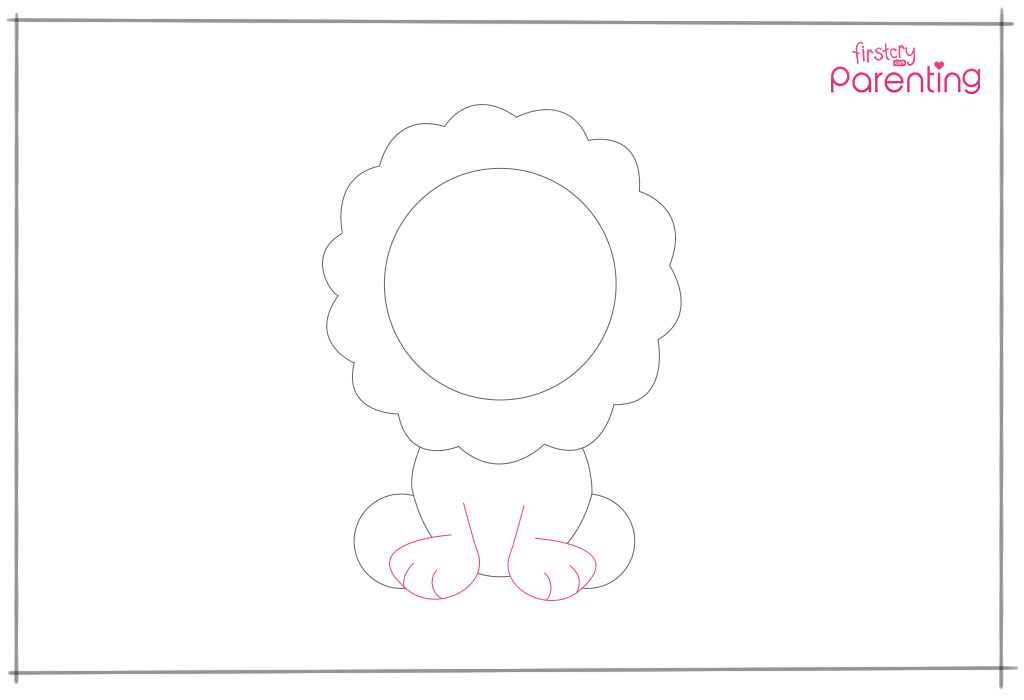 Step 9: Draw the tail of the lion.

Now to make the tail of the lion, draw two parallel lines going upwards on the right. Draw a leaf-like shape on the end of the lines. 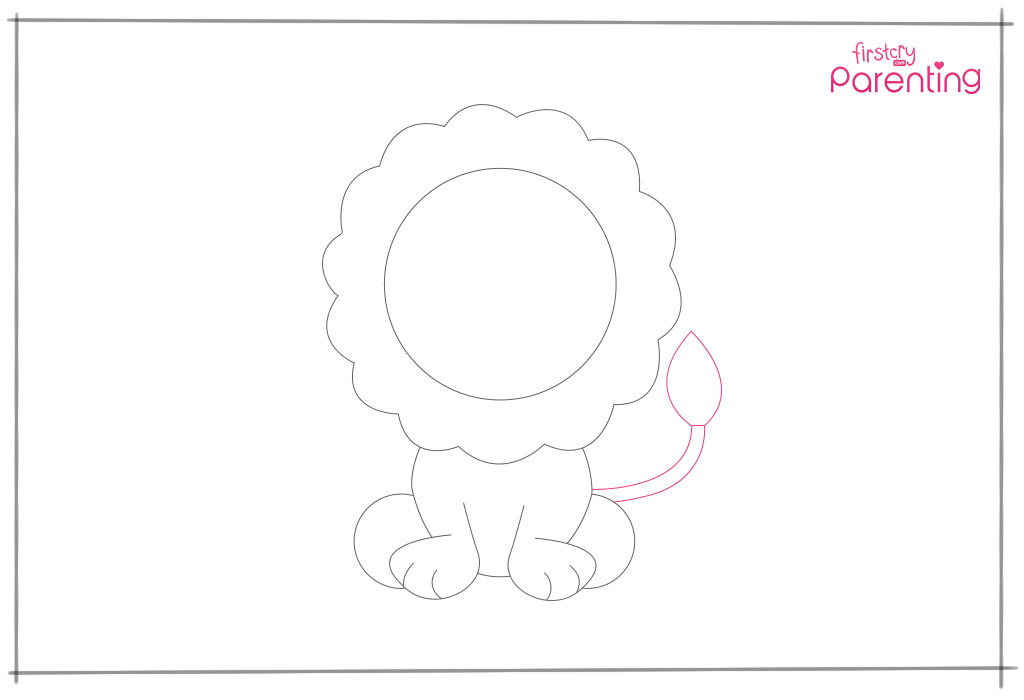 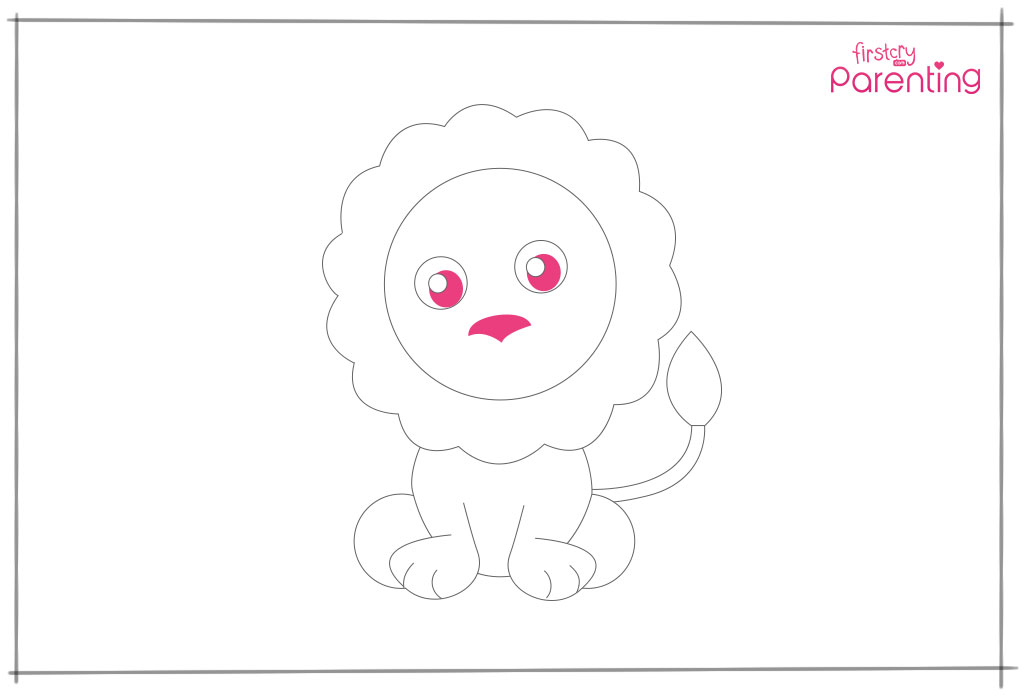 Step 11: Draw the tongue of the lion.

Draw a small line from the centre of the lion’s nose and draw a half-circle curved upwards (towards the nose). Draw a small semi-circle underneath to make the tongue of the lion. Next, draw two whiskers on each side as shown in the image. 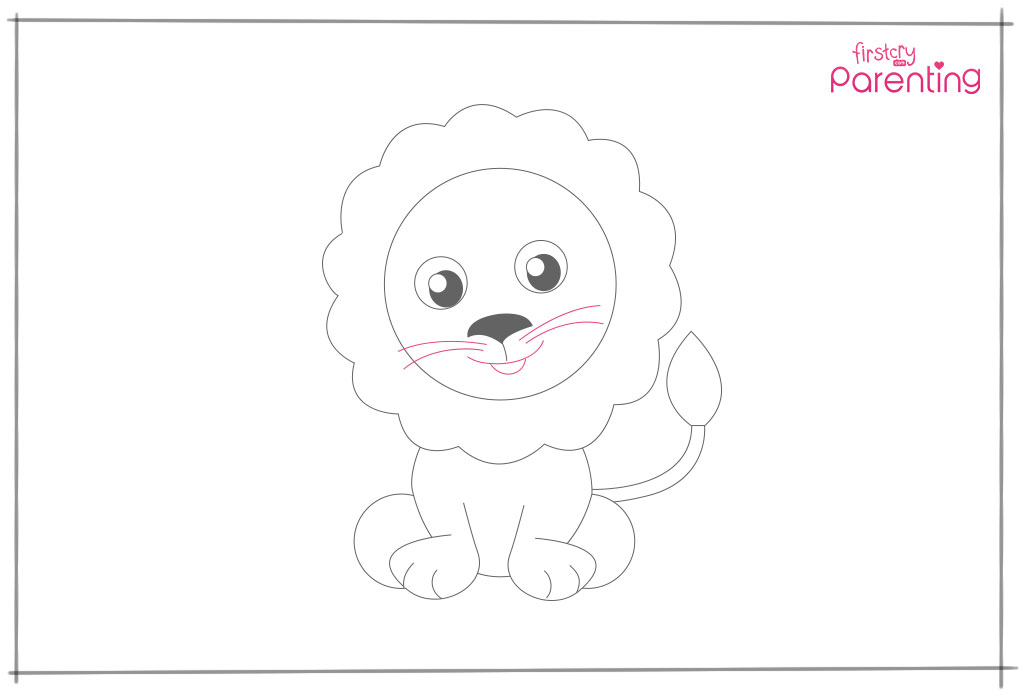 Step 12: Colour the nose and tongue of the lion.

Colour the tongue and the nose of the lion black. 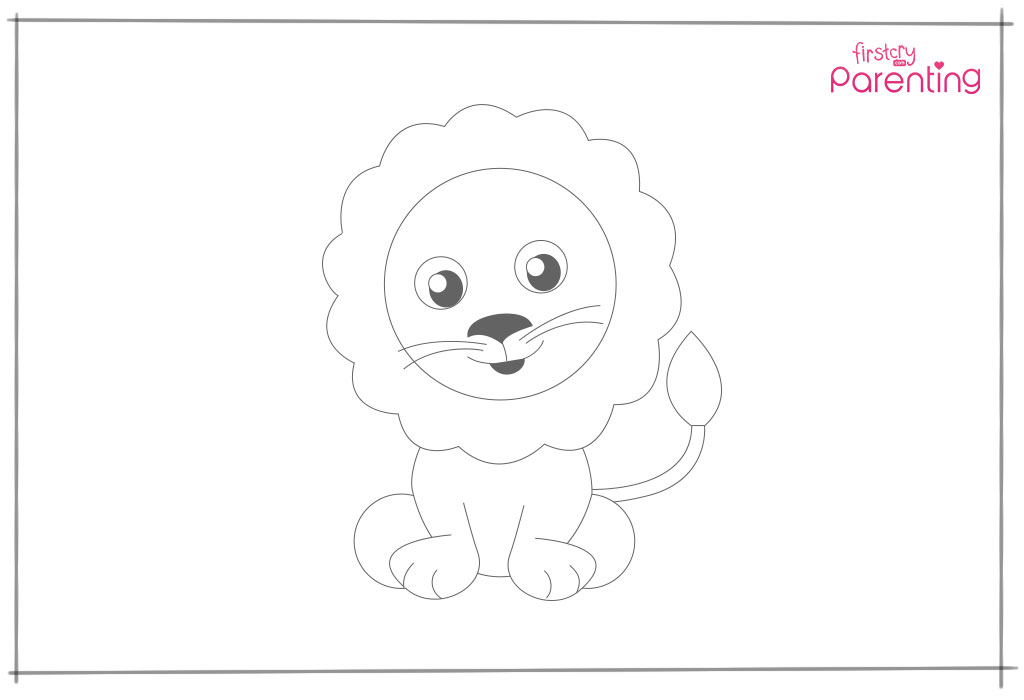 Step 13: Colour the body of the lion.

Colour the body of the lion mustard yellow and his mane and tail brown. 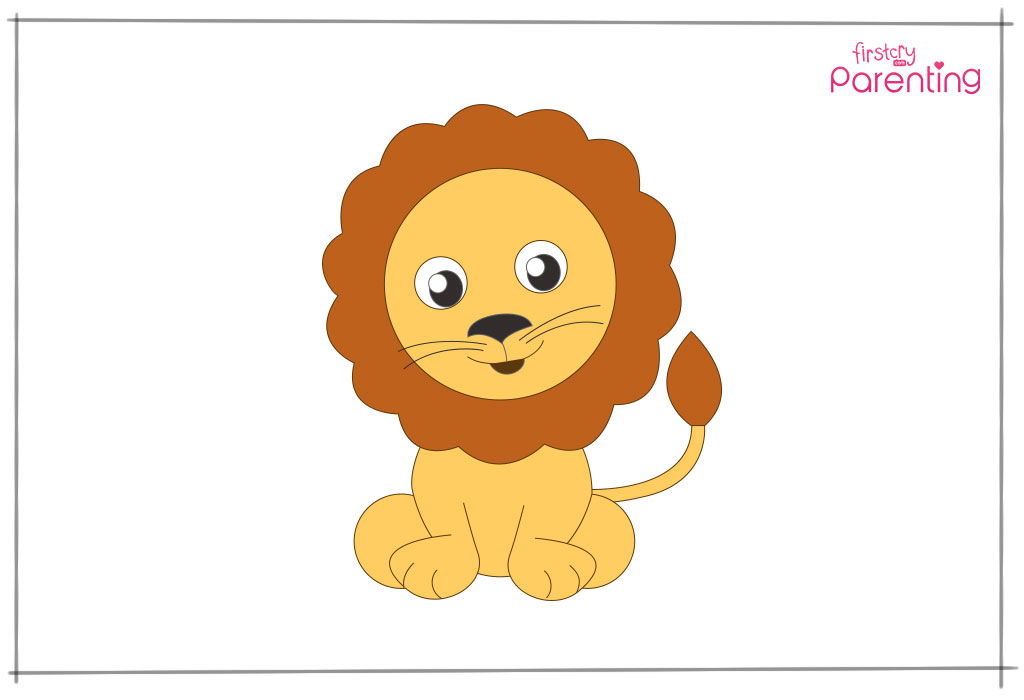 In 13 simple steps, your kids will have learned how to draw a lion. With some practice (and patience), your kiddo will learn how to draw a lion and other animal figures. And once he gets the hang of it, he can teach his friends too!

Fluoride Toothpaste – Is It Safe for Babies, Toddlers and Kids to Use?

Using Massage Chairs During Pregnancy – Is It Safe?