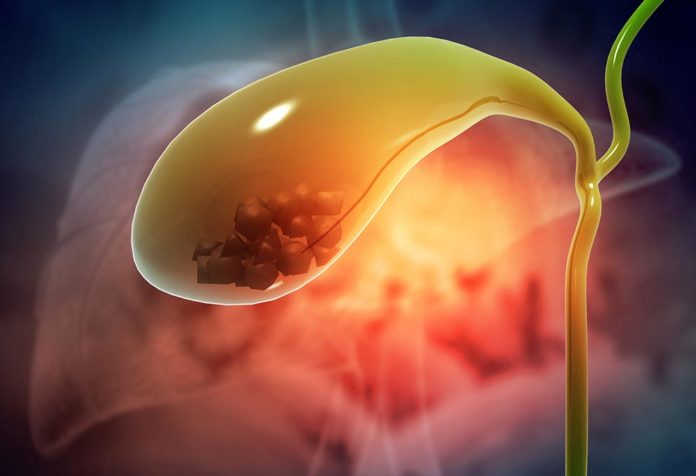 What Is a Gallbladder?

The gallbladder is a small sac present under the liver that houses gallstones. The gallbladder is a storage organ for extra cholesterol and bile. When you ingest cholesterol-containing fats, your liver releases cholesterol into the small intestine, where it is needed for digestion. Occasionally, the liver creates more cholesterol than the body requires, and bile is secreted to store it. Then, when you ingest more fat-containing foods, your liver further breaks down cholesterol, releasing additional bile into your bloodstream for digestion. However, a gallstone may sometimes store fat from other sources in its gallbladder.

While pregnant, women suffer from gallstones and other gallbladder-related diseases, such as:

With serum iron levels below normal, anemia is a common disease caused by gallbladder problems. It acts as a catalyst for nitric oxide synthetases (NOS), which produces nitric oxide.

This is a gallstone stuck in the bile duct. Choledocholithiasis is the medical term for this disease. A stone in the pancreas, liver, or digestive tract may cause serious injury.

Upper abdomen discomfort is one of the indicators of chronic pancreatitis. Irritable bowel syndrome (IBS) with non-effort weight loss.

The bile ducts are inflamed from the liver and gallbladder into the small intestine through the bile duct system (the duodenum). Usually, Cholangitis is caused by a bacterial infection that strikes unexpectedly. However, it may be long-term (chronic).

6. Chronic Inflammation or Infection of the Gallbladder (Pancreatitis)

This causes pancreatic enzymes to be redirected back into the pancreas and results in forming gallstones.

What Causes Gallbladder Stones in Pregnancy?

Gallstone development has an unclear etiology at this time. Gallstones are more common in pregnant women, and the likelihood of developing them increases due to the pregnancy itself. Several different factors triggering gallstones are:

The pregnancy hormone estrogen has the side effect of increasing the amount of cholesterol released into the circulation. Progesterone, another pregnancy hormone, relaxes the body’s muscles and inhibits bile production, among other actions. As a result, you may develop gallstones, which are solid deposits of bile in your gallbladder.

An abnormally high cholesterol level causes approximately one-third of all gallstones in your bile. When your liver releases cholesterol into the bloodstream, your bile contains sufficient components to break down that cholesterol into smaller molecules. However, excess cholesterol excreted by the liver may solidify and eventually form kidney stones if the amount excreted exceeds the capacity of the bile to break it down completely.

Bilirubin is a chemical produced by your body due to the breakdown of your red blood cells. Various conditions, such as liver cirrhosis, biliary tract infections, and some blood disorders, can cause your liver to produce an abnormally large amount of bilirubin. Gallstones are formed when bilirubin levels are excessive.

A problem with the way your gallbladder empties is preventing it from emptying. If your gallbladder does not empty entirely or frequently enough, bile can become highly concentrated, resulting in the formation of gallstones.

Symptoms of Gallbladder Stones in Pregnancy 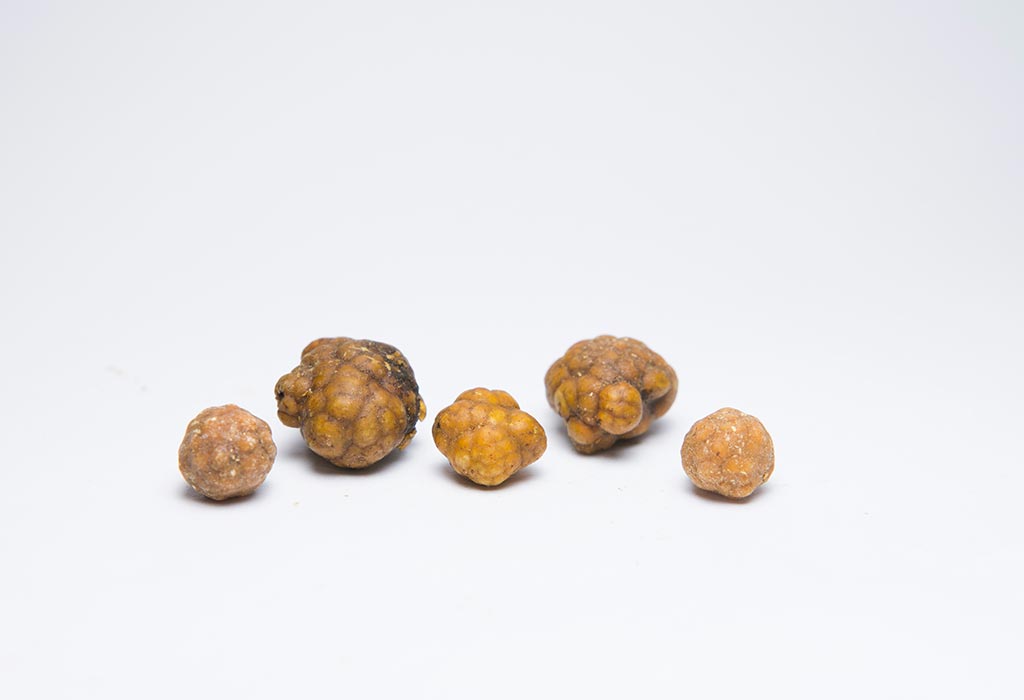 Having gallstones is more common during and after pregnancy because of the hormonal changes during this period. If you have gallstones while pregnant, you will have the same symptoms as everyone else, including:

Pregnant women with any of these symptoms should seek immediate medical attention.

How Is a Gallbladder Stone Diagnosed?

Gallstones and issues associated with gallstones are identified utilizing a range of tests and procedures, including the following:

This is the method that is most often performed to look for gallstone symptoms. A transducer (an abdominal ultrasonography instrument) is pushed back and forth across a patient’s stomach area. Impulses are sent to a computer through a transducer, which subsequently creates images of the structures in your abdomen.

This is a kind of ultrasound used in endoscopic procedures (EUS). During a EUS operation, your doctor will insert an endoscope (a thin, flexible tube) into your mouth and down your digestive tract. During the process, sound waves are created by a tiny ultrasonic device (transducer) within the tube, providing a pinpoint-accurate image of the surrounding tissue. This approach may assist in detecting small stones that may have been missed during an abdominal ultrasound.

A blood test may reveal gallstone-related symptoms such as infection, jaundice, pancreatitis, and others.

Undiagnosed liver, gallbladder, and bile duct disorders may be detected using a hepatobiliary iminodiacetic acid scan (HIDA). A radioactive tracer is injected into an arm vein to perform a HIDA scan.

How to Prevent Gallstones in Pregnancy?

You may decrease your risk of having gallstones by doing the following:

Try to eat at the exact times each day. Fasting or missing meals may increase the risk of gallstones.

If you’re attempting to lose weight, do it slowly. Gallstones are more prone to occur in those who rapidly lose weight. Each week, you should aim to lose between 1 and 2 pounds (between 0.5 and 1 kilogram).

Increase your daily consumption of fiber-rich foods, such as fruits, vegetables, and whole grains.

4. Include nuts in diet

A small intake of peanuts or cashews daily may help reduce your chance of getting gallstones.

Given that cholesterol seems to have a role in gallstone development, it is suggested that you avoid diets rich in saturated fats.

Non-Surgical Treatments for Gallstones During Pregnancy

Surgical Treatments for Gallbladder During Pregnancy

In pregnancy, gallbladder removal surgery (sometimes referred to as cholecystectomy) is one of the most often performed treatments. Surgeons may conduct cholecystectomy in one of these ways:

Almost entirely, surgeons do laparoscopic cholecystectomies. Within a week, your ability to resume regular physical activity will most likely be restored.

2. Cholecystectomy with an Open Incision

When your gallbladder is considerably inflamed, infected, or scarred from prior treatments, your doctor may elect to do a conventional cholecystectomy.

This is a kind of surgery that allows the patient to view the doctor (laparotomy). The gallbladder is accessed via a bigger abdominal incision. In some instances, scarring from prior treatments or a bleeding problem may need open surgery.

Changes in your diet during pregnancy, even if you already have gallstones, may be beneficial in reducing the severity of gallbladder attacks and maintaining the health of your unborn child.

The consumption of any fat triggers a response from your gallbladder; if you have large gallstones, this reaction may be unpleasant. You can substitute skinless, light-meat fowl for red meat, and you can use low-fat yogurt in butter or cooking oils in sauces and salads. As a result of these modifications, gallbladder activity is reduced, and the likelihood of an attack is decreased. Reduced fat intake may also aid in the maintenance of a healthy weight both during and after pregnancy if done correctly.

4. Only fresh, unprocessed foods should be consumed during the day

Rather than refined or processed foods, it is preferable to eat fresh, unrefined, and unprocessed foods. It is preferable to use fresh spinach instead of creamed spinach from a can and whole-wheat bread instead of white bread while making this recipe. High-processed foods, which contain preservatives, hydrogenated oils, and other additives, should be consumed in moderation or avoided entirely. This category includes some of the worst offenders, including pre-packaged snack foods such as snack cakes, crackers, and chips. As an alternative, prepare snacks such as apple slices and pita strips with hummus before you leave the house and place them in your handbag before you leave the house.

Following these principles will ensure a healthy pregnancy and a smooth delivery. Pregnancy and delivery may be psychologically and physically exhausting experiences, so maintaining a balanced outlook on life is especially helpful at this time. Take care of yourself if you’re planning on having a kid soon. Keep these gallbladder-related tips close at hand for a pain-free and healthy delivery experience.

1. Can I Get Pregnant After Gallbladder Removal?

If you had laparoscopic surgery, it is implausible that it would harm your reproductive ability. The discomfort caused by the incision and any additional pain will require some time to recover from them. Rest, a good diet, and regular physical activity contribute to more complete and rapid recovery following an accident than other treatment methods.

2. Are Gallstones Dangerous If Not Removed?

Untreated gallstones can cause serious health issues like cholecystitis or infection. The risk of ‘gallbladder cancer’ may also increase.

3. Can Gallstones Harm My Baby?

No pain or other symptoms indicate gallstone formation, which can infect or rupture your gallbladder if left untreated. Women are more prone to gallstones than men due to hormonal changes during pregnancy. Pregnant women’s gallbladders can be compromised, putting their child’s health at risk. Discovering the symptoms may help you seek medical attention before things spiral out of control.

4. Do Gallbladder Reoccur After Pregnancy?

Perhaps this is due to the changes in hormone levels that occur after childbirth. Rapid weight loss during delivery may also be indicative of gallbladder issues. When excess cholesterol in the bile crystallizes and forms gallstones, quick fat burning occurs.

This might be related to the hormonal changes that occur during labor and delivery. Weight loss during pregnancy, especially in the first trimester, may be a sign of gallbladder dysfunction. When excessive cholesterol crystallizes in the bile and forms gallstones, the body burns fat more rapidly.

How to Cope with Empty Nest Syndrome

7 Winter Family Outings to Plan in Your City

Intake of Potassium During Pregnancy – Need and Importance