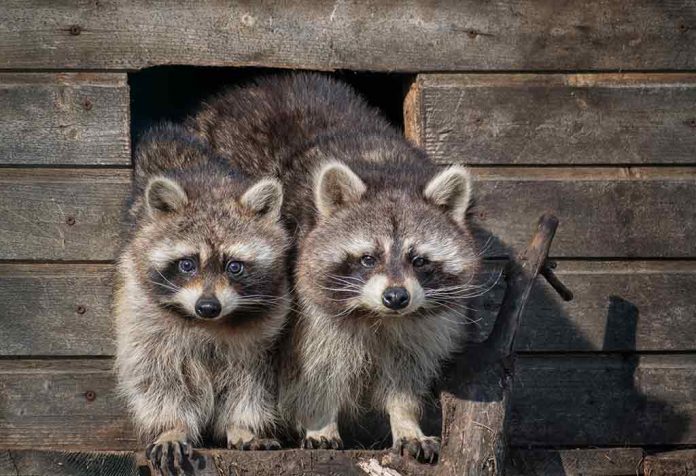 Raccoons are commonly pictured as animals with long legs and a grimace on their faces. While raccoons are bottom-heavy and stocky, raccoons can also be charming and friendly if appropriately treated. These cool facts about Raccoons will keep your kid interested in the animals and turn them into cute little explorers.

It is essential to introduce your child to different creatures of nature. This way, they can learn when and how to protect themselves while learning more about their surroundings and nature. Here are some interesting facts about Raccoons that are sure to make your child more interested in them.

1. How are raccoons identified, and what are their habitats?

Procyon lotor is the scientific name for this medium-sized carnivore that is only found in North America. The North American raccoon (Procyonidae) is sometimes known as the common raccoon. These bear siblings are roughly the size of a small dog. The pygmy (dwarf) raccoon appears to be the only invasive species among the seven species of raccoons.

Raccoons are native to North and South America and can be found in both continents’ woodlands. One can find these unusual animals in Europe, Japan, and Asia. Raccoons prefer evergreen forests near water. Because of their versatility, they now live in mountains, agricultural areas, suburbs, cities, and coastal wetlands. Raccoons build dens in trees or caverns in the open. And while on the food search, they prefer to stay within a mile of their homes. You can also find these mammals in rusted cars, basements, and other artificial constructions.

2. What kind of appearance do Raccoons have?

Raccoons are fluffy, dog-sized creatures with glossy black hair concealing their eyes. They may seem pleasant and soft, yet when confronted, they may be aggressive.

3. What do Raccoons consume?

Raccoons are carnivores that consume both plant and animal sources of nutrition. Their primary food sources are birds, rodents, eggs, frogs; fruits and vegetables; reeds, barks, nectar; acorns; and chestnut nuts. They also eat insects and other small animals. Melons, hazelnuts, apricots, and figs are among the different fruits and vegetables that are popular. Raccoons frequently consume trash and other foodstuffs that are readily available in urban areas.

4. Can Raccoons swim and climb?

Yes, raccoons are adept climbers with fast reflexes. These animals can also fall 35 feet from a tree with ease. Raccoons can also swim 5 km per hour, which is why they are so skilled at it. To avoid risk, they seldom swim in deeper water. Raccoons have a shuffle-like stride yet may achieve speeds of up to 15 miles per hour. They can sprint and jump as well.

5. Which diseases are the most prevalent among raccoons?

Bacterial pathogen illnesses in raccoons are possible. Their bites or excrement have the potential to transmit bacteria and other microbiological diseases to humans and animals. Raccoons may spread the following conditions to people’s pets:

6. Raccoons breed in what ways and when?

Adult raccoons breed from January to June, depending on the temperature and weather, when the male animals hunt for female companions. In April or May, the mother raccoon gives birth to 3 to 4 baby raccoons. During the 63-day gestation phase, male raccoons play no part. If a woman is unable to conceive, her fertility will usually return after 80-140 days.

7. What Happens to Raccoon Offsprings?

As per the baby Raccoon facts, they are born in the early summer. Male raccoons do not help raise the offspring; only females do. Mothers look after and raise their children. Cubs have no tail rings or eye covers. The cubs’ ocular and auditory canals are closed from birth. Therefore they are blind or deaf. The channels will open after 18–24 days, allowing them to see and hear it.

When cubs are 4 or 6 weeks old, they can stand on their own. Burrows is where babies spend their first two months of life. They begin to separate from their moms around the age of six months. Within a year, they will be completely self-sufficient.

8. How can you determine if raccoons are carriers of Rabies?

A raccoon is capable of spreading diseases such as Rabies and infecting humans as well as animals. A raccoon infected with the disease will exhibit several characteristics. Intense salivation or drooling, unusual vocalizations, or a snarling demeanor are all signs of a psychotic episode. You should contact your local animal control as soon as possible if you believe you have come across a raccoon infected with Rabies.

9. Who Are the Raccoon Predators?

Cougars, alligators, foxes, coyotes, bobcats, alligators, and black bears are the raccoon’s natural enemies. Unfortunately, humans are to blame for the vast majority of raccoon deaths in the United States.

10. How handy are the front paws of a Raccoon?

Yes, raccoons’ frontal claws are pretty helpful for a variety of jobs. Their claws are shaped like human hands. Raccoons utilize their frontal legs to catch fish quickly in water. They can also remove bootlaces, and open cage locks with their paws. Footprints of raccoons can also be seen. If you detect human-like leg outlines, you’re looking at raccoons in the area. Raccoons prefer to forage near bodies of water. Hence paw prints around bodies of water are abundant.

11. Raccoons are maintained as pets by some people. Is it true?

Although many raccoons are wild, some people prefer to breed them. Adult raccoons are aggressive and dangerous to humans, while young raccoons are loving and adorable. They develop into unstable and aggressive adults. They may assault individuals as they grow, making tolerance and obedience challenging to teach.

12. Raccoons: Are they intelligent or stupid animals?

Raccoons are nocturnal, clever animals. They use their excellent sense of smell and fast movements to hunt for food. Raccoons have one of the best senses, the olfactory sense, which allows them to discover food in any situation. They are nocturnal hunters of rodents, birds, rabbits, squirrels, bats, and other animals. Many ecologists have found that female raccoons prefer to feed on their young after they have matured, whereas male raccoons are opportunistic predators who feed on whatever is available.

13. How is raccoon conservation carried out?

According to the IUCN study, the pygmy raccoon is the only invasive species. There are only around 250 adult pygmy raccoons in the forests. Other kinds are not on the verge of extinction.

The life expectancy of a feral raccoon is believed to be 2 – 3 years. Due to hunting and car accidents, wild animals have a very short lifespan. Nonetheless, some raccoons may live for 10 to 16 years in dense forests. Captive raccoons may live up to 21 years longer than wild raccoons.

Raccoons do make a range of unique sounds. They produce a range of sounds, including hissing and growling. They also continue to whistle and snort, among other things. 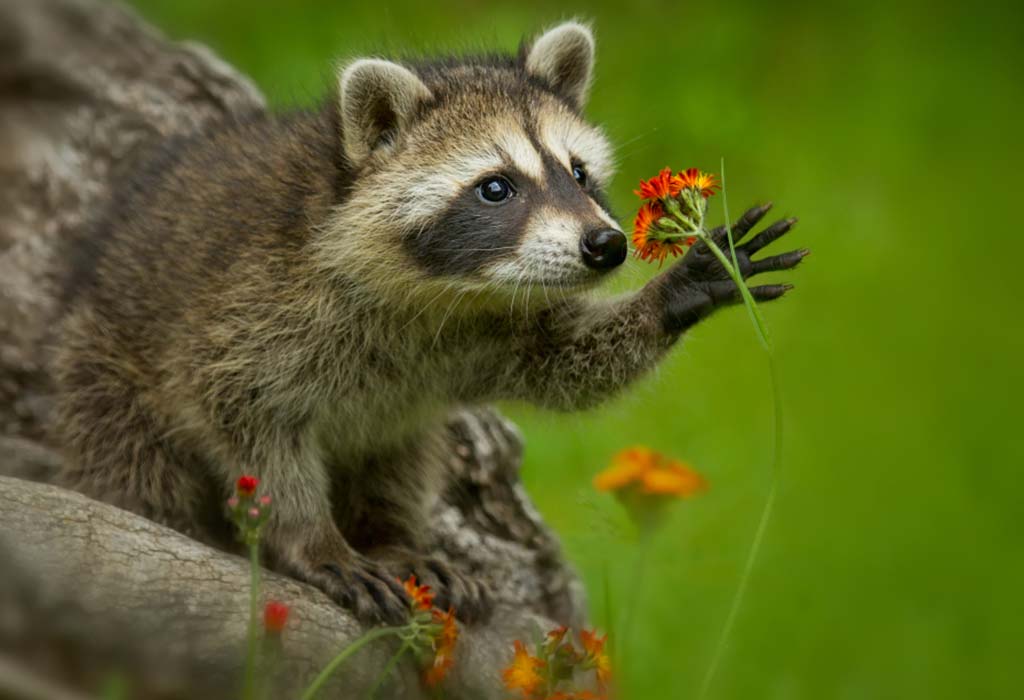 Other Interesting Facts About The Raccoon For Children

There are several intriguing and weird raccoon facts that you should be aware of. Some of these facts may be useful, while others may be enjoyable for youngsters to learn about.

Some of the above-mentioned interesting information about Raccoons include recognizing raccoons, what they eat, and how dangerous they can be if disturbed. After you’ve learned all about Raccoons, you may want to start raccoon-watching, so you know where to look for them!