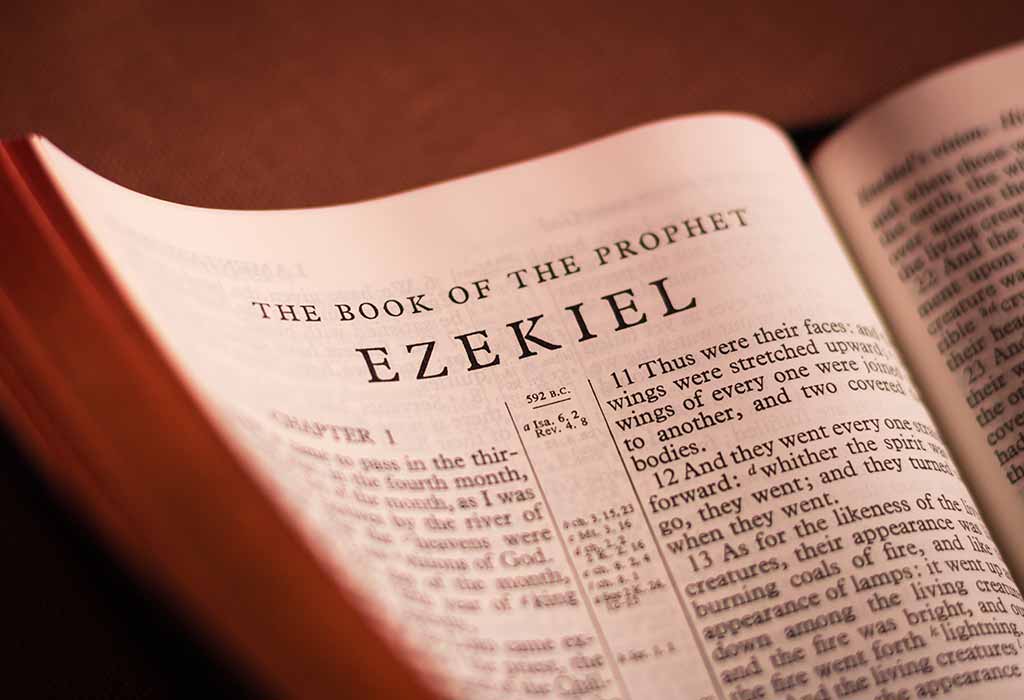 The origin and meaning of a name have a great significance while choosing the name of your baby. While some choose modern names, many prefer names with Biblical or historical significance for a sense of grandeur. Ezekiel is one such name, which has both the aspect of historical grandeur alongside great modern popularity and usage.

What Does Ezekiel Mean?

The meaning of Ezekiel can be translated into “God will strengthen.” It is a name mentioned in the Old Testament, where Ezekiel was one of the most significant prophets who wrote the Old Testament. This timeless legacy also lends a sense of grandeur to the name, which sounds archaic and influential and is suitable for your sweet baby boy.

Derived from the Hebrew Yechezqel, the ‘Chazaq’ element means ‘to make strong,’ while ‘El’ refers to God Himself. Thus, this name is suitable if you wish your child to have a name that protects him from all evil. This name, which also means “strength of God,” will do exactly that and act as a charm that keeps your child protected from all harm surrounding him.

Variations in names are common, especially since the name may mean different things in different cultures, altering its spelling and pronunciation. The presence of other spellings for Ezekiel with variations in pronunciations can also be observed, which are unique and used considerably less for babies. Instead of this name, you can also give him the following Ezekiel name variations to retain the grandeur but uniquely.

How Popular Is the Name Ezekiel?

Ezekiel’s popularity has experienced a sudden growth after a long duration of stagnation and non-usage. In older times, the popularity of Ezekiel fell drastically after 1850, becoming an extremely rare name by 2016. However, the name has increased in popularity suddenly, with the Ezekiel baby name ranking having been recorded at 65 in 2020.

A 20-year trend analysis as per data recorded by Social Security Administration confirms that the popularity of the name has only been increasing over time. Despite internet search for Ezekiel being the highest in 2017, both globally and within the US, it gained the 82nd most popular baby name for boys rank in the US that year.

Interest in Ezekiel – US

As per global search trends on Google, the name had been searched for the most in Tanzania, followed by Zimbabwe, Kenya, Jamaica, and Trinidad & Tobago over the last ten years. This denotes that despite the rising popularity of the name in the US, it is considerably more popular in such countries.

Search trends of Ezekiel in the US

In the case of searches for Ezekiel in the US since 2011, Texas has been the state with the most searches, while Ohio, New Mexico, Delaware, and South Carolina round up the top 5 sub-regions that searched for Ezekiel. This can, in part, be attributed to Ezekiel Elliott, an American footballer playing for the Dallas Cowboys.

Middle Names That Go With Ezekiel

In western culture, middle names are crucial. It is also crucial for the middle name to flow smoothly, and the first name and collectively add to the name sounds. Following are some double names with Ezekiel that are as grand and assertive as the name itself, suitable for your little boy:

The presence of similar baby names like Ezekiel expands the possibilities associated with you choosing a unique name for your baby. While Ezekiel is a grand-sounding name and has gained immense popularity, you may want to go the uncharted route and choose other names for Ezekiel that are rare. Also mentioned are suitable family names for Ezekiel.

While you may have fallen in love with the name Ezekiel, multiple other names sound similar and belong to different cultures. So, the following names that rhyme with Ezekiel may give you ideas on what you can name your baby boy that would embody the beauty of different cultures and nationalities while being unique.

Congratulations! You are becoming a parent again while your boy Ezekiel becomes a big brother. But, you need to be aware that when you choose a name for your newest offspring, you need to choose sibling names that go with Ezekiel. So, here are some suitable sister and brother names for you to choose from:

We all know the feeling when our mother calls us by our full name – we must have made some mistake!! To avoid striking unnecessary fear in your child’s heart by calling them by their full name, here are some nickname ideas for Ezekiel that perfectly portray your affection for your son.

Ezekiel is a name fit for those blessed and protected by God. By choosing this name, you can ensure that your boy stands out from a crowd of more common names. Regardless of whether you choose to name your boy Ezekiel or the many variations suggested here, give your prince a name worthy of a king.