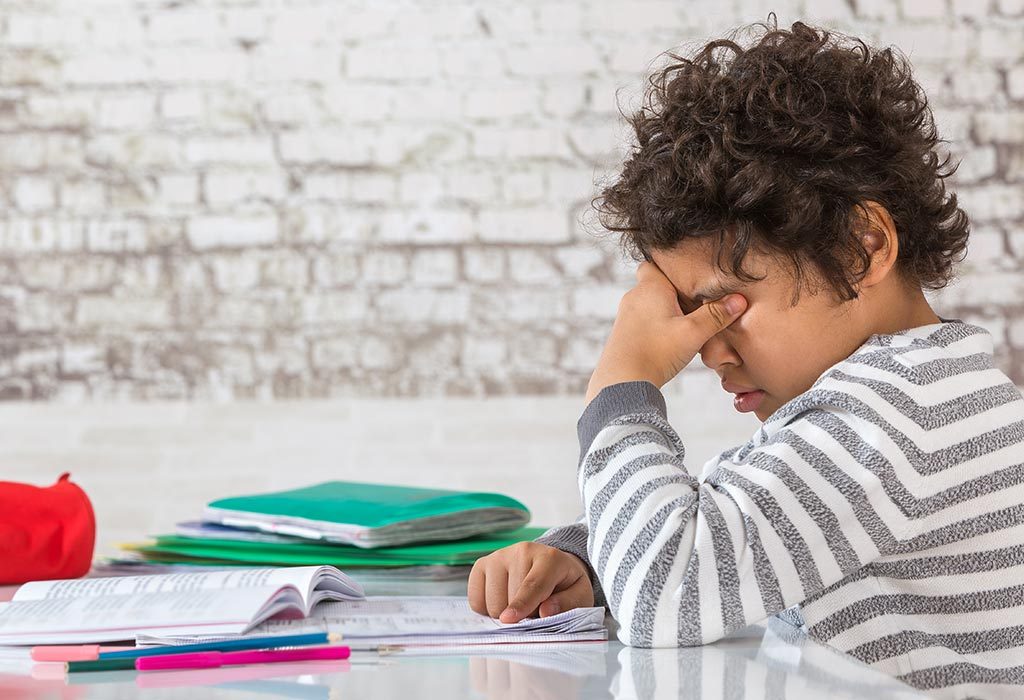 When you look into your child’s eyes, you see a sense of warmth. The eyes of a child reflect everything – his pain, his joy – everything is written there. But if anything happens to his eyes, you start panicking. And there’s every reason to panic. Eyes are extremely sensitive and any eye problem in kids should be dealt with carefully. There are numerous conditions which can impair vision in children and if such a condition is suspected, they should be referred to a pediatric ophthalmologist for further evaluation and diagnosis.

What Are the Common Eye Problems in Children?

Here are some of the commonly observed eye problems that affect children:

It is a condition that affects a child’s vision due to an improperly shaped cornea. If a child suffers from this condition the objects both at distance and near appear blurred. The front portion of the eye (cornea) has a physical defect in its curve in the form of irregularities or flatness. When light enters the eye, the irregularities do not allow it to focus sharply on the retina resulting in a blurred vision. It could also be caused by an irregularly shaped lens.

If it causes blurred vision, glasses are recommended.

This condition is commonly known as ‘crossed eyes’. In this condition, one or both the eyes are misaligned by turning in, out, up, or down. The eyes are unable to aim at the same object consistently. If this condition is left untreated and a child’s visual function reaches full maturity, then it will be impossible to treat it.

This condition is genetic but can also be caused due to trauma to the muscles that control the movement of the eyes or the nerves.

Strabismus does not recover on its own. Eye patching is used to force the brain to work the misaligned eye harder. In severe cases, surgery is suggested.

It is a refractive eye problem where children are able to clearly see objects that are close. But, the objects at a distance appear blurry.

The condition is genetic and an individual may get affected by it in early childhood too. The cause behind myopia is that light cannot focus on the retina and hence the object placed at a distance appear blurry. In this condition, the light rays focus images in front of the retina and not on the retina. This may be due to the eyeballs being too long or the cornea having too much curvature.

Vision can be corrected with prescriptive lenses that need to be changed as the condition progresses.

The eyeballs in individuals with hyperopia are a little shorter than normal and the cornea has a flatter curve. This causes light rays to have a focus point that is beyond the retina when looking at objects that are close by. This condition could be genetic.

Prescriptive lenses are used to bring the focus sharply on the retina. This condition develops when one of the eyes is poorly developed even though it looks normal. The lazy eye functions less and the brain eventually turns it off and stops receiving signals from it.

It is most often a result of strabismus or when one eye functions much better than the other (in cases where there is a significant difference in refractive errors). The weak stimulation from the lazy eye stops the neurological pathways from developing before it reaches full potential.

Treatment involves making the lazy eye work harder to stimulate the neurological pathways. Eye patches and special glasses to block the stronger eye may be used.

A cataract is a condition where the normal clear lens of the eyes gets clouded. Cataracts can severely obstruct light, leading to vision problems in a child or sometimes may even result in blindness in a child.

Since the condition can be inherited, some babies are born with this eye disease. The clear lens of the eye appears cloudy as the protein that forms the lens clump together.

If the vision is severely hampered, surgery may be required to remove the clouded lenses. The natural lenses are replaced with an intraocular lens.

This condition is characterized by the drooping of one or both of the upper eyelids. It covers the eye slightly and blocks the visual field. It can eventually lead to a lazy eye. It is hereditary in nature and a child may be born with the condition.

It does not improve over time and would require corrective surgery to improve vision.

It is an inflammation or redness of the conjunctiva, which is the clear thin mucous membrane covering the whites of the eye. Pink eye is a common disease among school children and can be contagious when caused by a bacterial or viral infection.

Conjunctivitis is commonly caused by bacteria or viral infection of the conjunctiva. They can also be caused by allergies. The infection is spread by physical contact while playing or using the objects of another infected child.

Antibiotic eye drops are prescribed to control the infection.

People with this condition have involuntary, rapid, and recurring movement of the eyes. Instead of fixing on the object the eyes rapidly swing from side to side. They may also move circularly or up and down.

Children with nystagmus are often born with the condition. The area of the brain responsible for eye movements doesn’t function normally and hence causes the rapid motion. Injuries, brain tumours, certain medications, and multiple sclerosis can also cause it later in life.

To treat nystagmus, its underlying cause has to be treated.

It is a small painless swelling in the eyelid that is caused when a gland of the upper or lower eyelid is blocked. It can cause redness and swelling of the eyelid sometimes accompanied by the yellow ooze.

Blocked oil gland in the eyelid.

This condition may resolve on its own. it also responds well to eye drops or warm compresses. Severe cases might require surgery.

Why Is Early Diagnosis Important

Early diagnosis and treatment are crucial to prevent eyes from damaging further. Improper vision and inability to see the blackboard can make it difficult for children to learn and they may face difficulties in school. Sudden signs of eye problems in children can also be an indicator of other complications in the brain or the onset of type 1 diabetes.

How Can You Prevent Eye Problems in Kids

There are numerous ways to prevent eye problems in children by changing their lifestyle.

Although eye problems are a cause for concern, timely treatment can avoid any further damages. So, look for any signs of eye problem in your child and take him to a doctor immediately to avoid the condition from worsening in future.