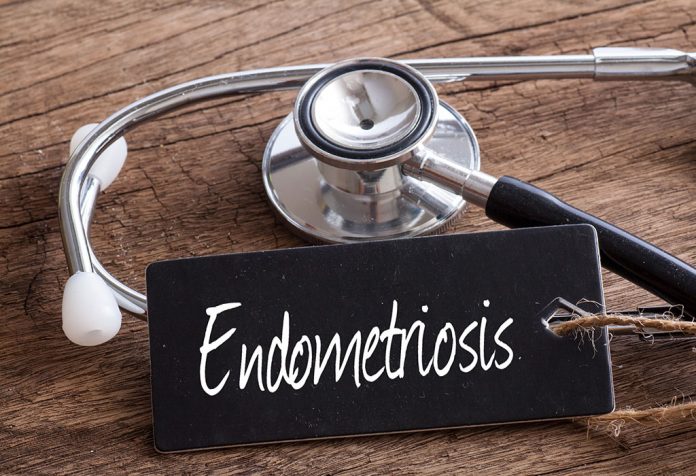 If you are trying to get pregnant, you must be familiar with all the complicated medical terms. You may also have an idea of the medical condition endometriosis, which usually affects around 1 in 10 women. It is generally seen in women who are in the prime of their reproductive phase. Women who have endometriosis may face complications during pregnancy and some women may even require infertility treatment.

The usual normal menstrual cycle of a woman consists of the endometrial lining that resides within the uterus and sheds in the absence of a fertilized egg which results in periods. It is the usual process of maintenance that the body conducts. However, in presence of endometriosis, the lining tends to grow outside the uterus instead of inside it, which fails to shed at the end of the menstrual cycle. It might end up growing in the abdomen and interact with other sections of the body, leading to further complications and pain.

Symptoms of Endometriosis during Pregnancy

Women generally experience intense endometriosis pain during pregnancy. Along with that, there are a few other symptoms, some of them mild, while others usually evident.

How Does Endometriosis Affect Pregnancy

The reason why doctors usually recommend women with endometriosis to avoid getting pregnant before treating it is due to the numerous risks it may pose to a mom-to-be and to the baby growing inside her.

1. The Possibility of a Stillbirth

In medical terms, a pregnancy that ends right after 20 weeks of its commencement is termed as a stillbirth. There have been many cases where women who experienced stillbirth had an existing condition of endometriosis. However, a conclusive link or a proper research to establish a connection between the two, or stillbirth itself, has not yet come into existence.

2. The Propensity for a Miscarriage

When a pregnancy ends before 20 weeks, it is usually termed as a miscarriage in medical terminology. Many women who have had endometriosis have suffered miscarriages which have spontaneously occurred at random. But yet again, there hasn’t been any confirmed link established between the two due to the absence of any study specifically focused on it.

Antepartum haemorrhage generally happens in the later stages of the pregnancy when a woman starts bleeding uncontrollably. Such an instance usually takes place after 6 months of pregnancy. A common reason for that to take place is placental abruption, where the placenta partially or completely detaches from the uterus. Endometriosis increases the chances of this condition.

4. The Possibility of Pre-Eclampsia

Certain women suffering from hypertension and increased blood pressure do tend to have extra pressure on their endometrium. These can result in pre-eclampsia usually around the second or third trimester of pregnancy.

5. Increased Chances of a Caesarean

The presence of the endometrial lining might make it unsafe for a woman to deliver her baby in a natural way, i.e. vaginal birth. Therefore, a caesarean delivery may have to be undertaken to ensure the safety of the mother as well as the child.

The presence of endometrial lining growing outside the uterus can give rise to the possibility of the fertilized egg installing itself in another region altogether, instead of within the uterus. This is called an ectopic pregnancy, where the egg is observed to be implanted either on the cervix or within the fallopian tubes. There have been increased instances of these observed in women who have already been diagnosed with endometriosis.

If a woman is suffering from endometriosis and manages to carry forward her pregnancy beyond 6 months, there are chances that she might deliver the baby prematurely.

How Is Endometriosis Treated in Pregnancy

In such cases, where a woman has an endometriosis cyst during pregnancy, there are certain treatments options to get rid of it successfully. Primarily, the initial steps focus on understanding the endometrial growth, controlling the pain, and correcting the condition. Laparoscopy is usually advised since it is minimally invasive. Severe cases might require a hysterectomy. Pain relievers work effectively for controlling the pain. Furthermore, a drug to administer hormonal control can be prescribed that keep the endometrial growth under control and prevent ovulation. There are a few natural remedies available as well that make use of herbs and other procedures but a doctor’s recommendation is highly advised before you take them. Tips to Manage Endometriosis Symptoms and Relieve Pain while Pregnant

Before you opt for a procedure for the treatment, you can make use of a few tips to reduce the pain and relieve the symptoms of endometriosis.

The initial reduction in pain and symptoms makes many women believe that pregnancy helps endometriosis and can eventually cure it. However, that isn’t the case and the complications may increase as your pregnancy progresses.

The symptoms of endometriosis are observed clearly by a doctor and he will suggest the necessary action. However, endometriosis and bleeding during pregnancy may get out of control at times, along with other health conditions. In such cases, visiting a doctor immediately is necessary.

Although there are high chances of endometriosis and pregnancy loss occurring simultaneously, there have been women who have had successful pregnancies despite endometriosis. Nevertheless, it is best to delay the pregnancy until you get the condition fully treated.

Also Read: What are the Abnormalities of Uterus in Pregnancy?

Parents Watch Out! Your Kids Could Be Taking the Dangerous #SkullBreakerChallenge on TikTok!

Should You Worry About Neck Cracking or Is It Safe?