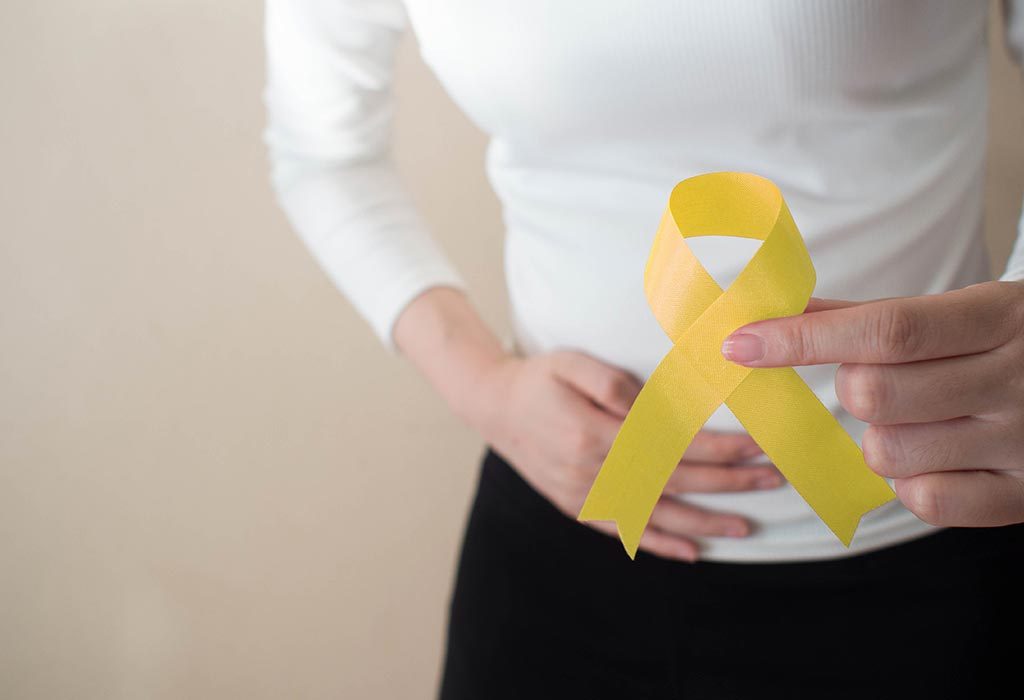 Amongst the various bodily issues that can affect a woman, endometriosis can be termed as one of the worst conditions. Not only does it cause a lot of pain, but there is also a strong link between its presence and fertility in women. It can make it difficult to conceive or carry the child to a full pregnancy term. Many women wonder if there is any point in trying to conceive after laparoscopy for endometriosis or should they opt for other fertility treatments or conception approaches altogether. Getting a better idea of what endometriosis does to your body and how you can move ahead from it can help you make a decision that’s best for you.

The reproductive system inside a woman’s body is quite a complex one. The uterus is the primary organ inside the body which ultimately becomes the house for the child after a successful conception. During the menstrual cycle, if there is no conception, the lining inside the uterus sheds and emerges out of the vagina, which is termed as periods. However, in endometriosis, the lining grows outside the uterus instead of within it and begins to interact with the organs surrounding the uterus. Therefore, it also fails to shed in the menstrual cycle and tends to stay within the body. Such a condition can make menstruation a painful process for most women. Furthermore, any tearing away of the tissue as a result of hormonal fluctuations can injure the nearby organs as well.

How Does Endometriosis Affect Fertility

Since the lining of the uterus remains outside it in the case of endometriosis, there is a high chance of it interacting with other organs close to it in completely unintended ways.

The primary ones in this regard are the fallopian tubes. For fertilisation to be successful, the egg released by a woman’s ovary should travel safely from the fallopian tubes up to the uterus, be fertilised, and then implant itself inside the uterus. In endometriosis, the outer lining presents a hindrance in the egg’s path, stopping it from reaching the uterus. In a few cases, the lining itself or the chemicals released in the body as a result of endometriosis react with the egg or the sperm in a harmful way, damaging them and making conception unsuccessful.

Women suffering from endometriosis often wonder if they could get pregnant. Well, there are ways that can help them conceive. Read on to know more.

How to Get Pregnant With Endometriosis

In some cases, the endometriosis is not as severe as it seems and repeated attempts at natural conception over a year or two can bear fruit at the end. If that doesn’t seem to work, doctors might prefer to carry out a minimally-invasive surgery by means of laparoscopy to treat the condition. Severe cases of endometriosis might require advanced medical treatments along with the usual surgery itself. 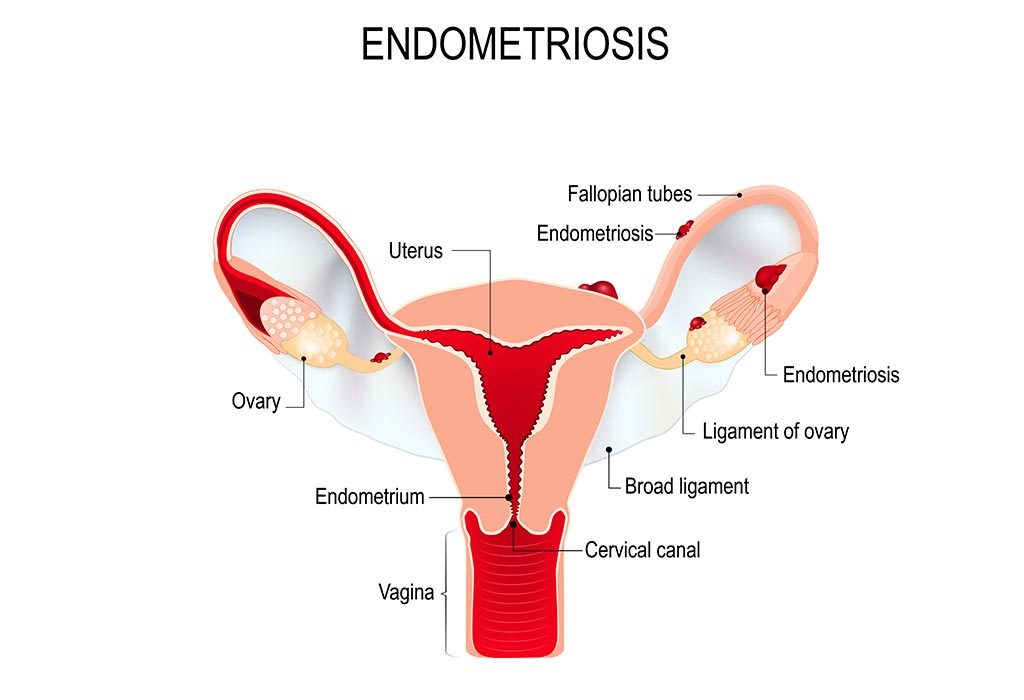 Tips to Improve Your Chances of Conceiving with Endometriosis Naturally

For parents wondering how to get pregnant with endometriosis naturally, there are a bunch of useful tips you can try to increase your chances of having a child in a natural way. 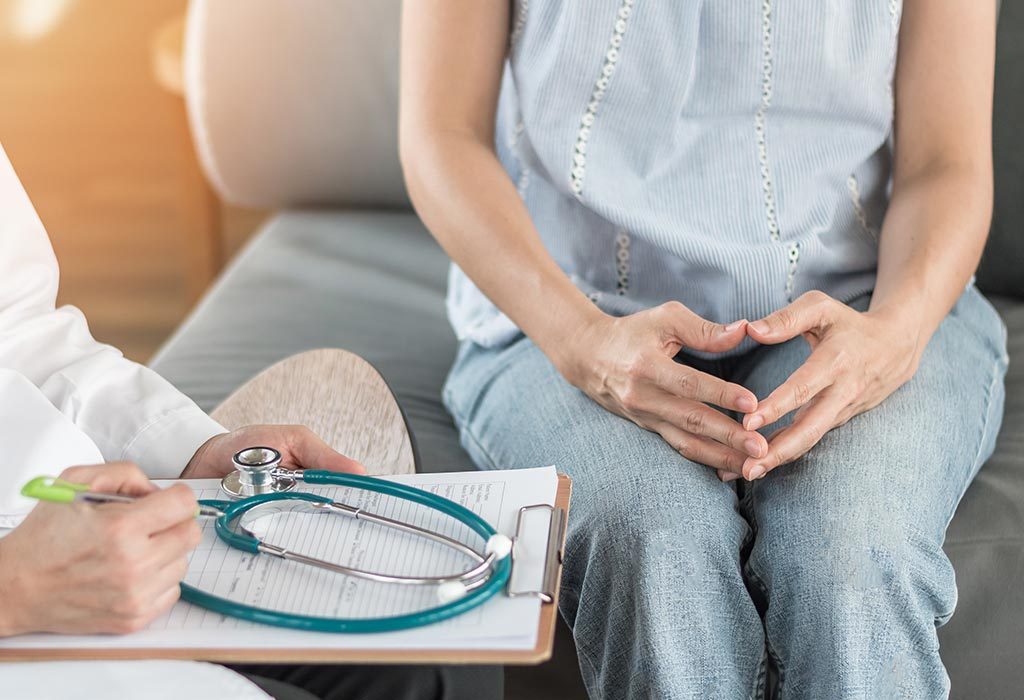 Similar to a lot of other health-related conditions, the presence of endometriosis in your body can also be classified into various stages. These are usually defined prior to carrying out surgery and are based on the location of the endometrial lining, the amount of lining present, and the layers of deposits that have been created as a result of it. Based on these factors, a stage of endometriosis is assigned to the condition.

Beginning from Stage 1 down to Stage 4, each stage proceeds progressively in the severity of the endometrial condition. Though these stages are primarily meant for the doctor to understand the right way to treat it, there is a partial link between them and the chances of conceiving a child naturally, despite the presence of endometriosis.

Stages 1 and 2 are mild cases of endometriosis, where the organs haven’t been affected as severely as in advanced stages. Therefore, chances of infertility in women with these stages of endometriosis are comparatively lower as compared to women who might have stage 3 or stage 4 of endometriosis. Based on the severity and your doctor’s recommendation, you could either attempt to conceive naturally for a stipulated period of time or directly proceed ahead with alternative methods of fertility treatment. That being said, it is not necessary that a woman with a lower stage of endometriosis severity will have successful fertility treatment in contrast to a woman with severe endometriosis; there is no link between that and the success of such approaches.

Can Endometriosis Increase Your Risk of Miscarriage

The connection of endometriosis with the uterus has led many women to wonder whether there is an increased risk of miscarriages as a result of suffering from this condition. Studies have certainly observed links between the two. However, the connection between miscarriages and the presence of endometriosis have only existed in women who have had the condition cause infertility within them. If women can successfully conceive despite suffering from endometriosis, then their chances of facing a miscarriage are minimal.

The severity of endometriosis plays an important factor, as well. If 22 percent of women tend to be at a risk of miscarriage in the absence of endometriosis, this same percentage increases up to 35 percent in the presence of the condition. However, research into the severity of the condition has provided unconventional results. The possibility of miscarriage in women with stage 1 or stage 2 of endometriosis was defined to be around 42 percent, whereas the same for women in stages of severe endometriosis was termed to be 31 percent. A line of thought that seems to explain this revolves around the fact that mild endometriosis has the highest chance of causing inflammation within the woman’s body. This inflammation, in fact, could be involved with a miscarriage taking place.

For a large number of women looking to successfully conceive, endometriosis infertility treatment is a logical option. Amongst this, IVF remains a popular choice given its comparatively higher success rate as compared to other fertility treatments. However, there seem to be a few reasons why many women are still cautious about it. 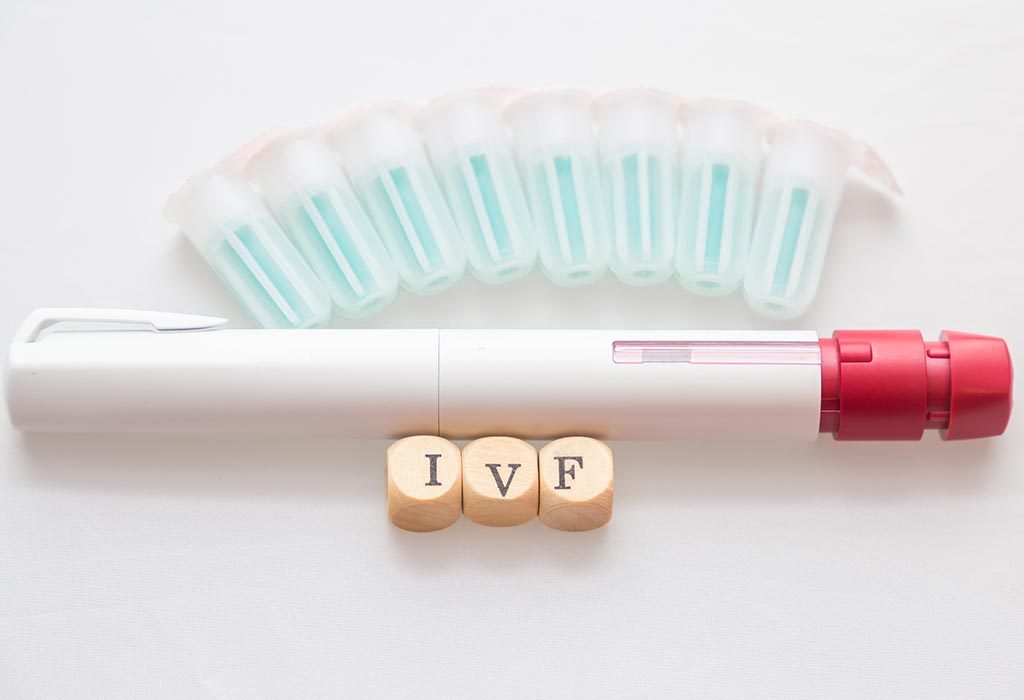 Infertility treatments, such as in-vitro fertilisation, requires women to take medication to boost the production of eggs in a short period of time so that they can be acquired successfully and then used in fertilisation with sperm. The drugs are known to influence the levels of estrogen within the body to cause enhanced egg production. But, there seems to be a cause of worry amongst people regarding the use of medication, since it might lead to increasing the layers of endometriosis as a result, and lead to even more pain in the women suffering from the condition.

Within the realm of research, a bunch of cases, wherein women with the condition undergoing IVF treatment, have complained about an increase in pain as a result of it. But, there has been no study or any conclusive evidence to link the two together. Various medical tests have been conducted on a group of women with and without endometriosis. They have not revealed such cases to be replicated when the women opted for IVF treatment.

Given the complexity of endometriosis, many women have queries and doubts regarding various risks associated with it and the alternatives that might exist in treating the endometrial lining surgically. Below are some frequently asked questions.

1. Can you conceive with endometriosis without surgery?

Women who have mild endometriosis might choose to attempt natural conception and could try to conceive over a year’s time or so. There might be rare cases wherein conception is not successful, but on a general basis, the chances of that happening are quite low. Taking medication and pain relievers can work towards reducing the effects of endometriosis, but unless the core of it is handled medically, conception cannot take place. Whether the endometriosis is severe or mild, undergoing minimally invasive surgical procedures by means of laparoscopy can help treat the condition altogether, and substantially improve the chances of conceiving naturally.

2. Is getting pregnant possible with untreated endometriosis?

For some women, the presence of mild endometriosis might be nothing more than an irritating phenomenon. They might thus delay the treatment as much as they can and attempt to get pregnant sooner. However, the pain due to the condition is not what stops them from getting pregnant. It is the presence of the outer lining itself, which can harm the surrounding organs and directly interfere with the fertilisation of the egg, or even damage the sperm. Therefore, no matter what you try, achieving pregnancy is extremely unlikely unless the endometriosis is treated properly with surgery, restoring your reproductive system to its peak fertility.

3. Are there chances of getting pregnant with one tube and endometriosis?

Since a woman has two fallopian tubes that release the eggs, in a few cases, the endometriosis can block one tube rendering it ineffective, but the other tube might be completely untouched. The chances of conception remain unchanged and are not dependent on the number of tubes that are working in a woman. If one tube is able to release an egg successfully, then your chances of pregnancy remain just be the same as before. In a few cases, endometriosis might block only one tube, but the severity of it might be immense. This might make it necessary to opt for IVF to have a baby, instead of going the natural way.

4. What is the risk of getting pregnant with endometriosis?

The reason most doctors advise against women getting pregnant with an existing condition of endometriosis is purely due to the possibility of it affecting the development of the child. The chances of complications in pregnancy or even during the delivery increase in the presence of endometriosis. Apart from facing miscarriage or premature birth, endometriosis can even result in hindered labour, extreme bleeding after delivery, unexpected rupturing of the uterus, displacement of the placenta, and so on. Conception might be successful even with endometriosis, but carrying the baby to a full-term and delivering successfully can face numerous roadblocks.

Endometriosis is quite a complicated condition that can affect some women at any point in their lifetime. Undertaking certain lifestyle changes or making use of home remedies for endometriosis and infertility might be effective for the time being and make it possible to conceive a child successfully. However, carrying out laparoscopic surgery and treating endometriosis is in the best interest for you and your future baby, to ensure a proper conception, a safe pregnancy, and successful childbirth.

Also Read: Can Women Ovulate More than Once a Month?

Previous article « Endometriosis and Pregnancy Risks
Next article Threading Eyebrows During Pregnancy – Is It Safe? »