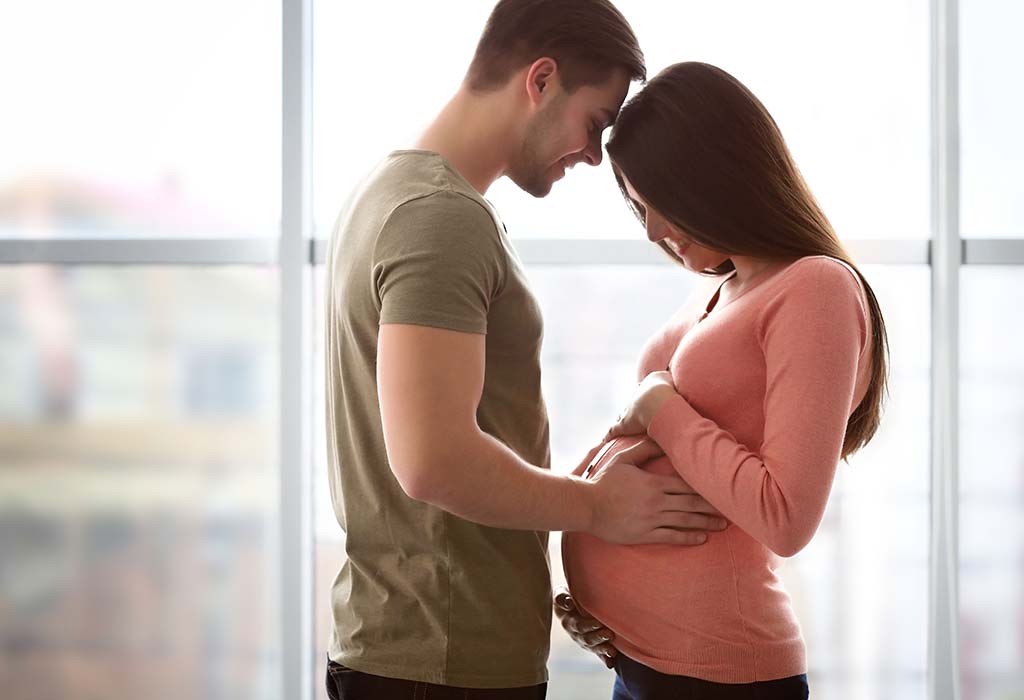 Couvade syndrome is a condition in which a pregnant woman’s partner experiences symptoms similar to that of pregnancy, like nausea, bloating, leg cramps, abdominal pain, backaches, depression, and anxiety. While this phenomenon was first observed in the nineteenth century, it is still not recognized as a psychological condition or disease. That said, it is a common condition, and men from all over the world experience it. Read this article to learn more about this condition and to have your questions answered.

What Is Couvade Syndrome and How Common Is It?

Couvade syndrome refers to the condition in which the partner of a pregnant woman experience pregnancy-like symptoms. It is also known as male sympathetic pregnancy or pregnant dad syndrome. The name Couvade comes from the French word couvee, which means “to hatch” or “to brood.” The word was noted by an anthropologist, Edward Tylor, when he observed that men in primitive communities mimicked the pain their partner experienced during labor or breastfeeding. He attributed a man’s pregnancy-like symptoms to his empathy towards his partner’s distress. Research has indicated that couvade syndrome is a relatively common phenomenon. However, it is not recognized as an official medical or psychological issue. Further research is still required in order to determine whether couvade syndrome is a physical condition that has underlying psychological causes. There is also no way of knowing whether the symptoms experienced are psychosomatic. It would be perfectly normal for your partner to seek medical help, only to find that there is nothing actually wrong.

Causes of Couvade Syndrome in Men

The question of why does couvade syndrome happens cannot be definitively answered because there are numerous theories that explain the occurrence and development of couvade syndrome. However, these theories require further scientific investigation. Research has also not been able to ascertain why some men are affected by it while others are not. Some of the probable causes of couvade syndrome include:

The attachment theory posits that men who are more involved in preparation for their parental role, like taking ante-natal classes, are more susceptible to the syndrome. This means that a man’s closeness to the fetus is the cause of the syndrome. By participating more in pregnancy-related activities, men feel closer to their unborn child and begin to identify with their paternal role. A study published in 1983 by Nursing Research showed that there was a modest correlation between paternal-fetal involvement, like in the form of feeling their child kick, with physical symptoms of the syndrome, like exhaustion, difficulty in sleeping, indigestion, stomach upsets, changes in appetite and constipation. The study concluded that these symptoms were a reflection of the level of a man’s attachment to the unborn baby and their involvement in the pregnancy.

To answer the question of when does couvade syndrome starts, the attack of hormones provides a satisfactory explanation. Couvade syndrome has been shown to have a correlation with hormones, but there is no definitive research to prove the same. A study published by Evolution and Human Behaviour showed that during the first and third trimester of pregnancy, there was a significant increase in the levels of prolactin and estrogen in men. They also observed low levels of testosterone and cortisol. These hormone changes were associated with paternal behavior as well as physical symptoms like fatigue, weight gain, and changes in appetite. However, there is a dearth of research further to establish hormones as a cause of Couvade syndrome.

Somatic symptoms are the physical symptoms that are caused due to emotional distress as expectant parents will often feel stress and anxiety about their child’s birth. They become aware of their adult role in society, and it can have an impact on their psychological health. These feelings can lead to somatic symptoms that are similar to those of pregnancy. These physical symptoms are believed to be manifestations of the psychological problems that they are facing as their body begins to deal with them unconsciously.

The psychoanalytical theory posits that Couvade syndrome arises out of men’s jealousy and envy of the woman’s ability to procreate. It is also believed by some that expectant fathers may view their unborn child as a rival for maternal love as attention will be diverted from them because of the child. It is also believed that a partner may experience unpleasant symptoms because of guilt over their partner’s pregnancy. However, there is no research to prove the legitimacy of either of these theories.

What Are the Symptoms of Couvade Syndrome?

The psychological symptoms of Couvade syndrome can be:

The physical symptoms of Couvade syndrome may be:

Phantom pregnancy, otherwise known as Pseudocyesis, is often confused with Couvade syndrome. However, Pseudocyesis is a recognized mental disorder and has been classified as a somatic symptom disorder in the Diagnostic and Statistical Manual of Mental Disorders. Research has shown that this condition results from a strong desire to become pregnant and is thus commonly observed to occur in couples who are experiencing infertility. It may also be a result of an intense fear of pregnancy or the endocrine changes that occur due to depression. Pseudocyesis occurs somewhat commonly, mostly in Africa, and is quite rare in Europe and America. Women affected by this condition become convinced that they are pregnant, even when they aren’t. They may tend to show pregnancy-related symptoms like light or no periods, swollen breasts and stomach, feeling fetal movement, morning sickness, and sometimes even labor pains at the estimated due date.

What Does Research Say About Couvade Syndrome?

There is no definitive research to determine the existence, causes, and treatment of Couvade Syndrome. There is also not sufficient research to indicate why some men are more susceptible to Couvade than others. However, some experts believe that men whose partners have experienced infertility or men who have been adopted are more likely to experience it. Some studies have shown that Couvade syndrome may be linked to culture as it is more prevalent in certain areas, like Australia (31%) and Poland (72%). There is also fairly scanty research on Couvade syndrome among LGBTQ couples. The prospects of future research on Couvade seem fairly dim. It is often not considered a serious problem, and people experiencing the condition often fail even to notice it or associate it with the pregnancy.

How Is Couvade Syndrome Treated?

Since the Couvade symptoms are not serious or even consistent and are temporary, there is no specific treatment. However, numerous strategies can aid with the alleviation of these symptoms. Men can try calming approaches like meditation, yoga, or therapy that will make them feel more relaxed. This can also aid in resolving other issues that have been exacerbated by anxiety and stress. There are also medicines and herbal remedies that can help treat physical symptoms like nausea and labor pains. The symptoms usually just disappear after the pregnancy. Couvade syndrome is a common condition, and it is perfectly normal to seek help from a trained therapist or specialist. Don’t ignore symptoms, as it is essential to take care of your health when expecting a baby. Ensure that you get sufficient rest, stick to a balanced diet, avoid consuming drugs and alcohol, exercise regularly, and engage in stress-relief techniques.

While there is a dearth of scientific evidence to prove the existence or causes of Couvade syndrome, it is an undeniable fact that parenthood can be a daunting prospect. It is important that both partners be involved in the pregnancy and prepare for parenthood. Seek out encouragement and advice from family and friends and, most importantly, your partner. Plan and communicate and tackle these challenges and transitions together.