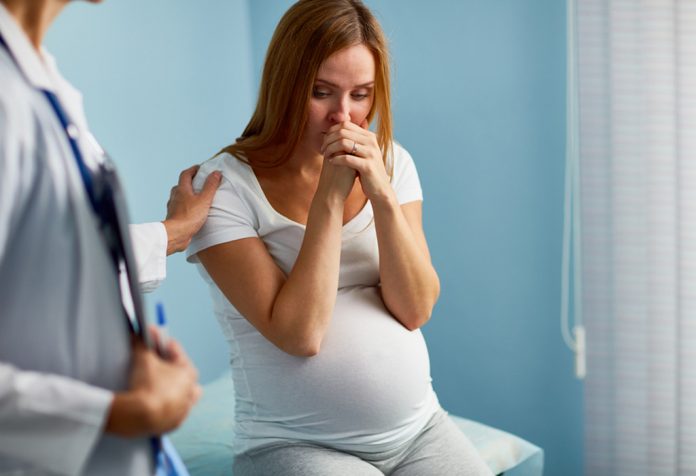 Pregnancy is one of the most exciting (and nerve-wracking) experiences of a woman’s life. Along with the joy of bringing a new life into this world, pregnancy also comes with certain unwanted symptoms such as morning sickness, fatigue, and nausea. Pregnancy brings about a lot of changes in your body, and one of the not-so-common changes is a life-threatening disorder called HELLP syndrome, which is a liver and blood clotting disorder. This condition can especially occur if a woman has or is at risk of preeclampsia.

What Is HELLP Syndrome?

An extremely rare condition, HELLP syndrome is a disorder of the liver and blood. Although rare, this condition is serious and can be fatal if left untreated. HELLP is an acronym for three conditions, namely, Hemolysis (H), Elevated liver enzymes (EL), and Low platelet count (LP). The condition itself is a variation or a side effect of another dangerous condition called preeclampsia. HELLP is considered life-threatening to both the baby and the mother and should be treated as an emergency. HELLP basically causes the following illnesses to occur all at once:

HELLP syndrome is extremely rare and is known to affect only 1% of women. Women with preeclampsia can have this illness manifest much more frequently, with almost 20% known to contract the illness. It is important to note that this condition can be passed onto the children or from parents or ancestors, .i.e, it can be genetic. But one must note that it is not necessary that everyone who has a genetic predisposition will develop HELLP.

What Puts Mothers at the Risk of Developing HELLP Syndrome?

While there are no known causes of this syndrome, it is believed that the following conditions present themselves as risk factors to develop this syndrome:

If the mother’s age is quite advanced during pregnancy, or blood pressure is poorly maintained, or the mother has had a previous history of preeclampsia, these could also be possible risk factors.

The first step towards treating this illness is by understanding the symptoms of HELLP syndrome during pregnancy:

At first, HELLP can mimic symptoms of the flu. Other symptoms are extremely similar to preeclampsia. If these symptoms begin to manifest, you must inform your primary medical care executive immediately.

How Is This Condition Diagnosed?

Due to the similarities of this condition to other illnesses, doctors may require extensive testing to diagnose HELLP. To begin with, doctors will conduct a physical exam, during which they will look for signs of problems with the liver, by checking for inflammation around the ankles, and tenderness or pain near the right side of the abdomen. Once this is done, they may proceed to check your urine for protein, as protein in your urine can be a sign of preeclampsia as well as HELLP. Combined with a routine test of your blood pressure and blood tests to ascertain the red blood cell counts and platelet levels, doctors may additionally do a blood test called LFT or liver function test to evaluate the health of the liver and its enzymes. Finally, due to this condition primarily manifesting in the third semester, doctors may do an ultrasound and a nonstress test to ascertain the wellbeing of your baby. If they feel that the results aren’t conclusive, doctors may run a biophysical profile to confirm the health of your child.

An important note: Although the condition mainly begins to manifest in the third semester, HELLP can afflict women at any point in the pregnancy or even after childbirth. HELLP can be a life-threatening condition for the mother and baby. Therefore, it is imperative that you consult a medical professional as soon as possible if diagnosed with this condition. Commonly, the only treatment for this condition would be to deliver the child. To help the baby’s lungs mature, corticosteroids can be used in early pregnancy. Doctors will take a call on the method of delivery depending on how far along you are in your pregnancy cycle. In some cases, doctors may feel the need to either forcefully induce labour or even perform a C-section.

In the case of eclampsia, doctors may medicate you to bring down your blood pressure in order to prevent a seizure. In this situation, your platelets are extremely low, the medical team may perform a platelet transfusion to ensure clotting takes place. This is because a low platelet count could put your life at risk during delivery.

This condition can be extremely dangerous if not treated in time. The effect of HELLP syndrome on the baby’s development can be drastic, as much as it is life-threatening to the mother. This is one of the reasons why it is considered vital to seek expert medical care and allow the doctors to monitor both your and your foetus’ health during the pregnancy. Some of the complications that the syndrome can give rise to are:

Babies born due to forced labour or C-section at a much earlier date than the estimated delivery time could be at risk for various pre-term baby conditions. It is critical, in this situation, to communicate with your doctor about the steps needed to care for your prematurely born baby.

The effects of postpartum HELLP syndrome on women can be minimal if caught early. This could lead to the possibility of a complete recovery. The major complications, unfortunately, are faced by the baby. In the case of HELLP, most babies are delivered prematurely. This puts them at the risk of developing numerous disabilities, illnesses, and may even leave them with a weak immune system.

Babies born extremely early may be kept in NICU. In some cases, they may be kept in incubators to ensure life support. Most babies born earlier than 34 to 37 weeks are kept under observation for a period after delivery to ensure the greatest care is taken for their survival.

Can HELLP Syndrome Be Prevented?

One of the most unfortunate things about this condition is that there’s no way to prevent it. The most you can do is follow-up with appointments that are scheduled with the doctor and ensure that the precautionary measures suggested by the doctor for prenatal health are implemented. It is important to communicate openly with your partner about this condition, educate yourselves, and talk to your doctor to learn about the options that are available to you. Even in the best of circumstances, there is no evidence of any method that guarantees prevention. In fact, if the mother is diagnosed with HELLP during the first baby’s delivery, chances are that the condition will return for future pregnancies as well. For support during this difficult time, you can check with your doctor about support groups and join the same. You should also ensure that your partner and you schedule appointments with psychiatrists and psychologists, as counselling can help prepare for the struggles to come. This can also aid in lessening the mental and emotional stress you may undergo during this time. Stress can always complicate any medical condition. It is also important to communicate openly with your partner about any physical discomfort and to educate any other caregivers about the risks, precautions and care required during this time.

30 Most Astounding Foreign Baby Names For Boys And Girls