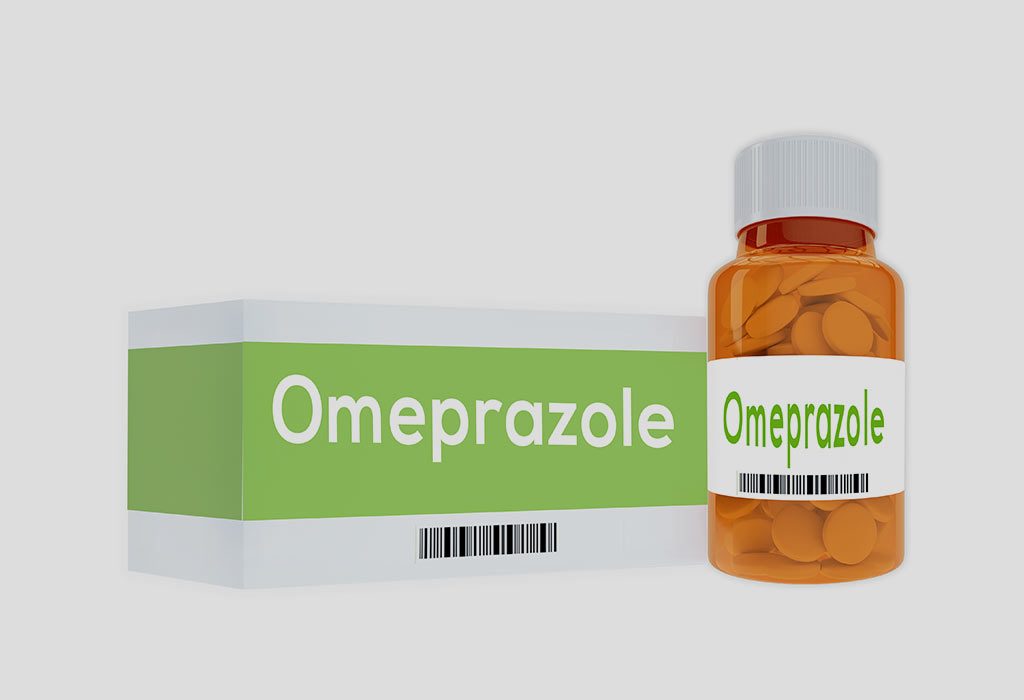 Pregnancy is an exciting time for the mother-to-be. However, it is also a time when the mother-to-be needs to take great care to ensure that the unborn baby is safe and developing normally. One of the important things to keep in mind is the use of over-the-counter and prescription medication. Omeprazole is one such medication that is taken by pregnant women for heartburn and acidity.

This article tells you all you need to know about how safe it is to take omeprazole during pregnancy. It also discusses whether omeprazole increases the risk of miscarriages, stillbirths, premature deliveries, and birth defects in the foetus.

Omeprazole is both a prescription and over-the-counter medication that is taken by pregnant women for acidity, heartburn, stomach ulcers, gastroesophageal reflux disease (GERD). Our stomach produces acid to digest food. Overproduction of this acid causes acidity and heartburn. Omeprazole is part of a group of drugs called proton-pump inhibitors (PPIs) that can reduce the production of stomach acid, thus reducing the symptoms of acidity, GERD, and stomach ulcers.

Stomach ulcers are sores in the lining of our stomach caused by bacteria called Heliobacter pylori. Our stomach acids aggravate the pain in these ulcers. This is why omeprazole is prescribed for the treatment of stomach ulcers. GERD is a problem where the sphincter valve of the oesophagus relaxes, and over-production of the stomach acid causes reflux of the acid into the oesophagus, resulting in heartburn. Omeprazole is commonly prescribed to alleviate the symptoms of this condition. Omeprazole usually comes in the form of delayed-release capsules or powdered form that are to be mixed in water and taken. It works by turning off the acid-producing proton pumps in the stomach, thereby reducing the quantity of acid made by our stomach.

Is Omeprazole Safe in Pregnancy?

If you are wondering whether you can take omeprazole while pregnant, the answer is yes, but only if the benefit of the drug significantly outweighs the risk to the foetus. Studies have shown that taking omeprazole does not cause any harm to the unborn baby. However, the effects of exposure to omeprazole on a child’s long-term health have not been well researched. It is, therefore, vital to decide if the benefits of using omeprazole outweigh the possible risks to the foetus.

It is also possible to reduce symptoms of acidity without using drugs. For example, the following can help reduce symptoms of acidity without taking medication – eating smaller meals more frequently, avoiding very spicy and oily food, regularly consuming yoghurt and buttermilk, and raising your pillow so that your head is raised when you lie down. What If Omeprazole Has Already Been Consumed While Pregnant?

If you have already taken omeprazole while pregnant, let your doctor know. The doctor can analyse whether you still require the medicine and recommend the lowest possible dose that is effective in reducing your symptoms. Research has not found any evidence that omeprazole harms the foetus. However, high dosages could still be risky, and it is best to speak to your doctor before taking any medication during pregnancy.

Will Taking Omeprazole During Pregnancy Cause the Baby to Be Born With Birth Defects?

There have been studies that involved examining the foetus of more than 4000 pregnant women that showed that the risk of birth defects in the baby did not increase due to consumption of omeprazole. Other studies have shown that taking omeprazole did not increase the risk of babies being born with cleft lip, heart defects or hypospadias (where the opening of the penis is not on the tip, but on the underside).

However, the main internal organs of the foetus are formed in the first 12 weeks of pregnancy. This is the time when exposure to various medications can cause birth defects. Hence, it is better to avoid taking any medication such as omeprazole during the pregnancy’s first trimester. Consult your doctor before taking omeprazole in the first 12 weeks of pregnancy to avoid unnecessary risk to your unborn baby.

Does Taking Omeprazole in Pregnancy Cause a Miscarriage?

There has been some research that showed that taking omeprazole did not cause an increased risk of miscarriage in pregnant women. Although this is encouraging, a lot more research needs to be done to conclusively prove that omeprazole does not cause miscarriage.

Omeprazole is widely used in pregnant women and is one of the acidity drugs approved for use by mothers-to-be in several countries. It is not known to cause harm to the foetus and is the common medication for acidity and heartburn recommended by doctors.

Does Taking Omeprazole While Pregnant Cause Stillbirth?

Does Consumption of Omeprazole While Pregnant Cause Preterm Birth or Low Birth Weight in the Baby?

As in the case of the studies on stillbirth, there have been 2 studies that researched the risk of having premature babies and babies with low birth weight in women taking omeprazole in pregnancy. One study that examined 1,500 babies exposed to omeprazole as a foetus showed that there was no effect of the drug on their birth weight. Similarly, another study found that in over 450 pregnancies that were studied, there was no evidence of an increased risk of premature delivery in women taking omeprazole. Taking omeprazole in pregnancy third trimester does not increase the incidence of stillbirth.

Despite this encouraging evidence seen from these studies, a lot more research needs to be done, and bigger numbers of pregnant women taking omeprazole need to be studied to conclusively prove that this drug is not harmful to the unborn baby. If you want to take this medicine, you must do so only after checking with your doctor.

Is There Any Risk Involved If the Father Has Consumed Omeprazole?

There has been no evidence of risk to your baby if the father has consumed omeprazole before you became pregnant. Omeprazole has been found to be a safe drug and is commonly prescribed for GERD, acidity, and stomach ulcers.

Omeprazole has been found to be safe for pregnant women and is commonly prescribed for pregnant women experiencing heartburn, GERD or acidity. However, as with any other medication, you need to consult your doctor before taking omeprazole while you are pregnant.

Also Read: Which Medicines Should Be Avoided During Pregnancy?

Previous article « 40 Weeks Pregnant and No Signs of Labour – Should You Worry?
Next article How to Teach Your Child to Blow Their Nose – 5 Easy Tips »