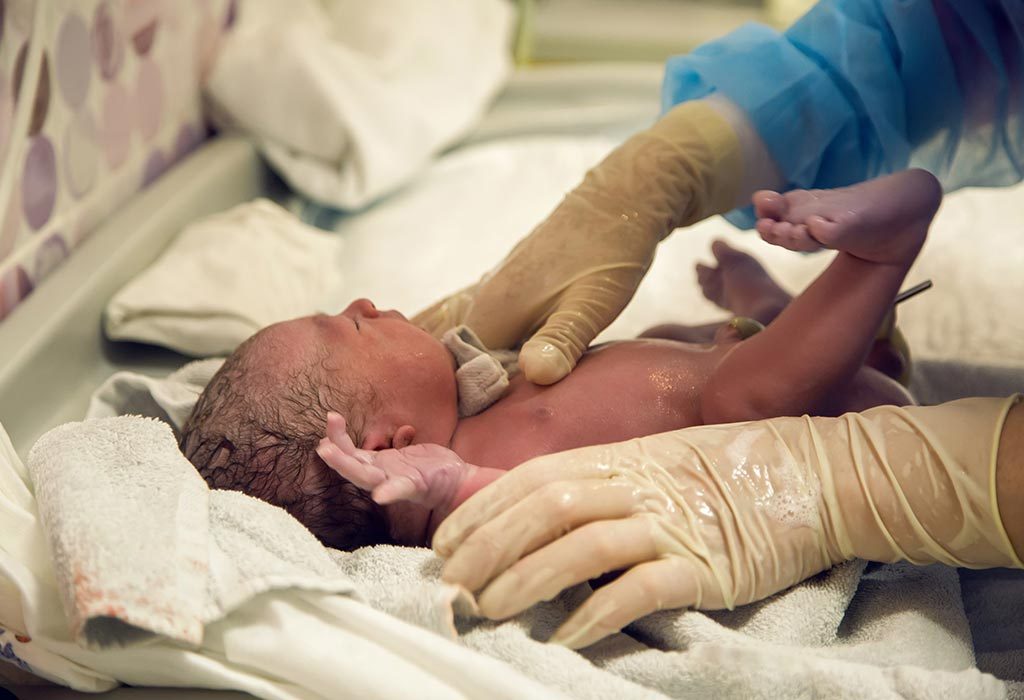 Hypospadias is a congenital birth defect found in male babies, where there are malformations of the male external genitalia. It is a common urological birth defect that is usually treated with surgery. It generally does not cause any pain or difficulty in urination in a newborn. Typically, it is detected by the doctor present at the time of birth. Some severe cases are also detected during the fetal ultrasound during the third trimester.

Hypospadias, a birth defect in male babies, is a condition where the urethra is on the underside of the penis. The urethra, which is the duct for semen and urine, is typically located in the tip of the penis. In general, when babies have a defect in the foreskin or the opening of the penis, it is termed hypospadias. Although it occurs as an isolated malformation, it is also associated with other congenital defects in some children. Based on the location of the urethra, hypospadias is classified as anterior, middle and posterior type. Of the three, the anterior type of hypospadias is very common and is reported in about 50% of the cases.

How Common is Hypospadias in Newborns?

Hypospadias is a very common congenital defect that occurs in one in every 150-250 male births. In India, with over more than 80,000 cases per year, it is the second most common urological birth condition. In the United States, every 5 boys out of 1000 born have this common malformation.

Causes of Hypospadias in Babies

Hypospadias is caused due to a defective folding of the urethral lobes during week seventh and fourteenth of the pregnancy. There are many factors that cause this defect in children.

Signs and Symptoms of Hypospadias

Hypospadias can be easily identified with its dislocated urethra on the underside of the penis. In this condition, the hole for urinary output is not on the tip of the organ. Other symptoms of the condition include,

There are primarily three types of hypospadias. The classification is based on the location of the displaced urethra as,

Also known as the sub-coronal type or the anterior type. In this condition, the opening of the urethra is located at the dial end of the male genitalia, near the head of the penis. It is the most common type of hypospadias and is the type associated with only minor defects. Coronal hypospadias belongs to this category of malformations where the meatus is in the coronal region of the penis. Other subtypes in this category are glandular and sub Coronal hypospadias.

In this subtype of hypospadias, the urethral orifice is in the middle of the penis. This type accounts for twenty to thirty per cent of cases.

Proximal hypospadias, also known as the posterior hypospadias, has the urethral opening towards the bottom end of the penile shaft. Some severe forms of this type have the urethral meatus in the perineum or the scrotum and based on the location classified as penoscrotal, scrotal or perineal. Disorders of sexual development are common with this form and require extensive reconstruction.

Usually, hypospadias in a newborn does not cause any pain or difficulty in urination. But, if untreated it may cause difficulty in sexual intercourse in the later stages of life. Milder cases with a slightly curved penis can cause an abnormal spraying pattern while urination.

How Can Hypospadias Be Diagnosed?

It can be detected through an ultrasound of the baby during the third trimester of pregnancy. It is slightly visible during the early phase of the second trimester in the anomaly scan but does not provide a clear-cut diagnosis. Most of the cases are, however, missed during pregnancy and are only detected on the birth of the child. A paediatrician present during or immediately after the delivery, who checks for any congenital defects, usually diagnoses it based on the physiological symptoms. Usually, the aim of any hypospadias repair procedure is to straighten the penis as much as possible and reconstruct the urethral opening close to its original position. Minor cases of hypospadias are usually left untreated and are only operated upon for cosmetic reasons.

For more advanced cases, the only treatment option available is to reconstruct the penis through surgery. The best age at which your child can be operated on is between three months and eighteen months. During the reconstruction surgery, the doctor uses some foreskin to extend the length of the urethral tube.

Before the operation, your child is asked to run through a couple of blood tests to check for any blood-related disorders or clotting disorders.

During the operation, there should not be any kind of infection like cold, diarrhoea, etc. Babies are given anaesthesia on an empty stomach for the operation. Many parents who are anxious about their child often ask the doctor how long does hypospadias surgery take? The time taken changes from case to case, depending on the location of the meatus and the curvature of the penis.

After the successful completion of the surgery, the baby is discharged the next day after some post-operative care in the form of keeping the penis area dry and away from infection is important to avoid any complications. A catheter for urine output is usually connected for a week or two.

Are There Any Risks of Surgery?

The hypospadias surgery in infants come with some minor risk factors like:

1. Do All Babies with Hypospadias Require Surgery?

Mild cases of hypospadias do not require reconstructive surgery. However, due to curvature issues, some parents opt for surgery for cosmetic purposes. Severe cases, with symptoms that hamper their regular life would require repair through surgery.

2. When Should the Surgery Be Scheduled?

Ideally, the surgery is scheduled between the age of six months and eighteen months of age. General anaesthesia is given during the procedure, and it is safe to administer it after six months of age. Hypospadias repair operation during the puberty period can cause erection issues and can be associated with complications like the formation of a fistula.

3. What Kind of Care Will My Baby Need After the Operation?

Post-operative care for babies involves keeping the penis area dry and away from infections. The operated area is covered by a large bandage for a week or two to protect from any kind of infection. A catheter is usually attached to facilitate urine expulsion. Care must be taken to keep all these intact. The use of diapers must be done carefully after taking guidance from the nurses.

4. Are There any Alternatives Available Other than Surgery?

No, surgery is the best and only option to reconstruct the malformation.

5. When Will My Baby’s Penis Become Normal?

Usually, after six months of surgery, the penis of the baby will start looking normal. The exact result of the surgery differs from one patient to another.

Hypospadias is a developmental issue of the urethra, and one can take solace in the fact that it does not indicate any kidney-related issues with the excretory system. Minor cases often do not require corrective surgery, and the severe cases can be rectified within the first two years of birth.

Previous article « Baby Feeding- What to Feed & How Much to Feed
Next article Is It Safe to Eat Burgers During Pregnancy? »