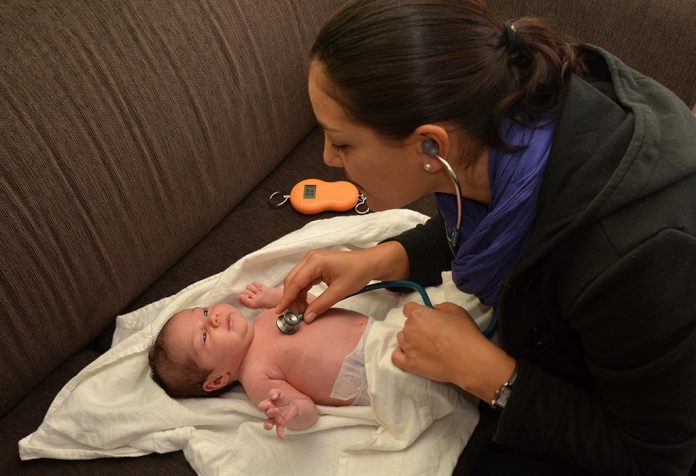 Everybody wishes their baby to be born healthy and happy. And most babies do. Statistics, however, reveal that in about 100 babies, 3 babies have a strong chance of being born with birth defects or abnormalities. Although the presence of a defect can pose certain challenges in your baby’s growth, there are ways certain defects can be treated or prevention measures can be taken during pregnancy itself.

What are Birth Defects?

Birth defects in babies can be defined in the simplest way as problems in the normal functionality or growth of various internal organs or parts of the baby’s body. These could range from motor limb movement to internal body processes, to long-term impairment as well.

There are around 5000 types of birth defects that a baby can have. Some of these don’t pose a great threat, some of them can be debilitating, while others can be prevented or treated later. Some common ones are listed below:

This is a chromosomal defect that is generally observed in male babies. One out of 1500 babies has a strong chance of suffering from this syndrome.

Babies having this syndrome have a long face, large ears, flat feet, teeth clamped together, heart issues, or even slightly autistic symptoms. Many times, these symptoms cannot be diagnosed immediately and the baby might seem fine even after birth. It’s only when they grow up to be 1.5 to 2 years old is where this syndrome might be diagnosed.

This is yet another chromosomal defect that is common in babies. One out of 800 babies has been observed to have this defect.

These are majorly slanting eyes, tiny ears that fold in the upper area, a small mouth and nose, short neck, tiny fingers, and so on. Internally, such kids usually suffer from infections in the ear and have issues with the heart and intestinal growth. Many have trouble in seeing and hearing things as well.

Also known as PKU, this is a biochemical defect that is comparatively rarer than others in the country. On a larger scale, one out of 15000 babies is known to have this condition.

A child suffering from PKU has a body that does not contain a particularly important enzyme, called as phenylalanine. This enzyme is responsible for the crucial function of breaking down the protein in the body for further processes. If the enzyme is absent, as in the case of PKU, the protein starts building up within the body. This can be dangerous and lead to making the child mentally retarded.

This is another biochemical defect which is also comparatively rare in our region. In other countries, one out of 625 babies is known to have this condition.

What the disease does is directly morph the haemoglobin cells inside the blood. This results in their shape undergoing distortion and starts resembling a sickle-like structure instead of the normal round shape. These abnormal cells end up being destroyed by the liver or spleen, resulting in a reduction in iron, causing anaemia. It is known to cause a lot of pain since the cells might end up blocking other blood vessels and reduce oxygen supply. The child may tire out, have breathing trouble, and become pale.

A physical body defect, the reason behind this defect is yet unknown. Many doctors believe that this anatomical anomaly occurs in the foetus when the pregnant mother is exposed to a particular virus or a chemical compound that doesn’t harm the mother but affects the womb.

Such children could be born with a missing or malformed hand or leg, missing fingers, etc. Many children to learn to live their lives adapting to what they have, but most doctors suggest using a prosthesis early on in their lives.

Another bodily defect, this usually occurs in one out of 2000 babies that are born, and majorly in northern parts of the world.

During the growth of the baby, as the spine is being formed, the neural tube between the brain and the spine does not develop normally. This causes the backbone to remain open. This condition is usually detected during pregnancy itself and care is taken to opt for caesarean delivery to handle the baby in the right manner. In certain cases, this condition can cause paralysis of the legs as well as bowels related problems in the child.

This physical defect is observed more often than not in many people. Nearly one out of 700 babies suffer from this abnormality. The reason for this is known to vary between a genetic cause and environmental conditions.

In this anomaly, the roof of the mouth known as hard palate, and the back of the mouth known as the short palate, and the upper lip, fail to close properly. During growth in the womb, these three sections usually separate in the early stages itself. This could result in the child have a small notch in the upper lip or right through the gums to the nose. Such babies have issues with communicating and even eating food or breastfeeding in early stages. Ear infections are also known to be a common occurrence in them.

Observed two times as much in boys as in girls, this physical anomaly occurs in one out of 1000 babies, affecting the growth of the foot or the ankle.

The severity of the defect can vary and most babies do not have a problem with clubfoot until they start learning to stand or communicate with others. In such cases, the foot sometimes might need to be forced into the correct position for it to continue growing properly.

As dangerous as it may sound, in certain cases, some defects may not show any strong impact on the baby. Observed in one out of 110 babies, these usually occur due to genetic issues or growth anomalies in the foetus.

This can only be observed by a keen doctor who notices unusual heart sounds, which are called as murmurs. If the heart defect is severe, it can be detected right away. The heartbeat could be rapid, the baby might have breathing difficulties, swelling in various parts of the body and a slightly bluish skin. If left untreated, the heart may fail to circulate enough blood through the body and be fatal

Some of the common causes of birth defects are,

Such causes can range from infections to abusive and improper behaviour during the baby’s development. If a mother has not had vaccinations in her childhood, she could be susceptible to diseases like toxoplasmosis, chickenpox, rubella, and so on. These infections are known to affect the foetus as well, resulting in abnormal growth and birth defects.

Furthermore, consumption of alcohol or smoking during pregnancy, as well as taking strong medication against the advice of a doctor, could also harm the baby.

When a baby is formed, it incorporates one chromosome from each parent to form its own. The pairing of each chromosome has to be perfect since it defines the characteristics of a human being. Any errors during the pairing can result in genetic birth defects from occurring since there are a wrong number of chromosomes or even damaged ones. Down syndrome is observed a baby inherits an extra chromosome. Certain defects are passed on from the parents since they have the same disorder, too. Many conditions are linked to the X chromosome and hence are inherited by male babies from their mothers.

Here are some risk factors for birth defects in babies.

A mother might be advised to undertake a test during pregnancy for birth defects detection and analysis. These tests generally hint at a possibility of a defect and are not fully conclusive. Certain defects can be observed only after the baby is born. Thereafter, tests might be conducted on the baby and required measures might be formulated. Once signs of birth defects during pregnancy are observed, doctors might talk about the possibility of treatment based on its severity. Certain medications might be given to the mother to treat the defect before the child is born. Some of them might be administered later to reduce the risks arising from the defect. Physical abnormalities can be fixed using surgeries depending on their complexity. Such babies require proper care and attention once they are taken back home.

How can you Prevent Birth Defects?

Certain anomalies cannot be prevented but some congenital birth defects can be avoided by taking the right measures. Staying vaccinated, preventing infections, a balanced nutritious diet, avoiding medication, and proper exercise go a long way in ensuring a healthy baby.

Birth defects do not necessarily mean that your baby can never have a normal life. These are still human beings in all their right and simply need some more support and help than others. With the right guidance and care, most babies can grow up to be healthy adults and lead great lives.

Unravel the Wonders of a Minimalistic Wardrobe

10 Best Parenting Books of All Time