Don’t Raise a Child; Raise Yourself as a Parent

Don’t Raise a Child; Raise Yourself as a Parent 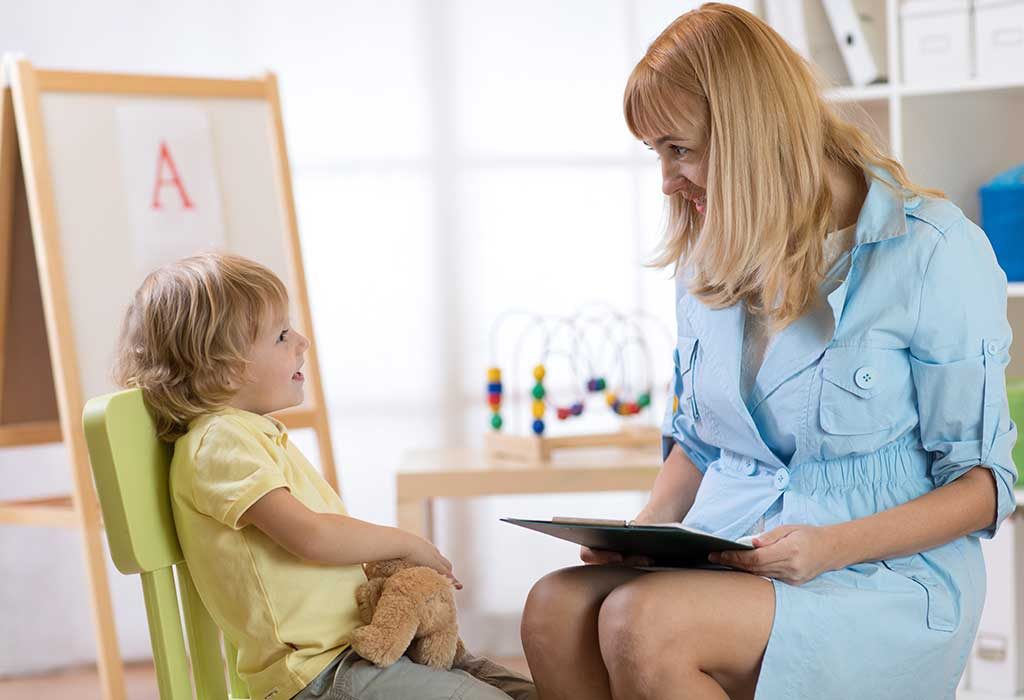 His crystal hazel eyes were getting hidden with every blink of his eyelids with dark-brown lashes. His infantile emotions were still too discontinuous on the surface, and a few obvious ones were getting lost in those creases of innocent expressions on his face. His silken brown hair bounced a little with the air that blew from the door. It waved the stillness in that room as his mother stepped out.

“Hello, Ray! Can you help me solve this puzzle?”, the child’s behavioural therapist asked him. She was a young lady in her mid-thirties. She was wearing a blue knee-length dress with a white blazer. She had long, blonde, wavy hair, a section of which she delicately tucked behind her right ear. She looked at the pieces of the jigsaw puzzle that were scattered on the table.

Ray looked at the fluffy cloud painted on the wall and the starry ceiling above. He strolled towards the table and began to sort the pieces of the puzzle. He was efficient enough for a six-year-old. He segregated the corner pieces first, then the bordering ones and lastly the ones that will come in the centre.

The therapist marked his problem-solving ability. He passed on those pieces one by one to her to assemble the puzzle. “Wow! You are so smart, Ray; even I wasn’t able to solve it.”, she said. With a neutral expression, Ray passed on the other pieces.

“Do you like making friends, Ray?”, the therapist tried to engage him in a conversation to understand what he had been thinking lately. He nodded. “Would you like to be friends with me?”, the therapist smiled as she looked at his tensed innocence. Ray looked into her eyes and said, “I am sorry, but I don’t make friends with adults.”. He lowered his head again to focus on the puzzle.

“Why? Don’t you like grown-ups? Has any of them harmed you?”, the therapist was now anxious to know what mental tussle that little brain was subjected to? He had turned too belligerent to be disciplined by the school teachers, who referred him to the therapist.

“I think they are really confused. They are confused when they talk to us, but they expect us to respond with clarity.” Ray looked up at the therapist’s face. He was surprised to find the same plain smile on her face and no confusion as he had expected.

“Yeah! We are all so confused. You are right.”, the therapist shrugged and took the puzzle piece he had handed her.

“No, I didn’t, but I don’t know why they all have been lying about it?” he responded.

“Are all of them lying?”, she asked casually.

“Yes, because I listen to and follow them even where they don’t ask me to. As I said… Confused.”

The therapist giggled. “Would you share any such confusing incidence with me?”

“Well, it all started from the day my teacher taught me what we do, counts more than what we say. When I returned home that day, I asked my mother if it’s correct and she said yes. She agreed that actions count more than words. I waited for my dad to come back from the office, and when I asked him, he also agreed and said that the teacher is right. He also mentioned that we learn more from actions than from words. So, I decided to watch them and learn from their actions.”.

Ray continued passing the pieces of the puzzle to the therapist.

After a little while, Ray stepped out of the room. He saw his parents. They sat over a bench positioned on the right side of the waiting room. They wanted to hear what the therapist had to say at the end of the session. “She wants to talk to you.”, he uttered.

“Of course, she does. You wait here, we will be back in a few minutes.”, his father replied.

They entered the room. The therapist was sitting there. The pieces of the puzzle were still scattered on the table.

“Would you please help me with the puzzle?”, she asked the anxious parents.

They looked at each other, and without giving much thought, they went ahead to help her. They looked at the picture of the puzzle and began to arrange the pieces haphazardly.

“Ray was right; we are all too confused.”, the therapist murmured.

“What? I am sorry. He has started to lie. Even in school his indiscipline and stubbornness are getting unbearable for the teachers. He doesn’t listen to anyone of us. I don’t know how to raise him the right way, I just can’t think of where it all went wrong.”, his mother’s lips quivered, and her eyes blinked faster than usual as she uttered the last line.

“I know exactly where it all went wrong.”, the therapist replied. “It went wrong in the very question you asked me, or the questions you have been asking yourself.”

“What do you mean?” the father asked.

“The question shouldn’t be how to raise him, but how to raise yourself as a parent.”, the therapist’s reply left Ray’s parents stunned.

Little Ray patiently explained to the therapist the dilemma his amorphous mind was subjected to; to follow what his adults say or to follow what he saw them doing or how he observed them behaving. While it was perfectly alright for any adult to get angry or throw a tantrum, little Ray was forbidden even to transpire any such negative emotions. Although it was obvious for the teacher to lose patience on frolics or even repeated questions from her students, it was disapproved for a student to imitate a similar behaviour.

His explanation was simple and effortless only if someone was willing and patient enough to listen. He was precisely following his parents and teachers when he was getting angry over things that were not going his way or when he was losing patience upon being asked the same question over and over again. That is why he wasn’t able to take a no because he had seen those adults around him getting nasty with a simple no.

Ray was right when he said that adults are confused; we all are. We set such high standards of morality for our children which are even difficult for us to follow. And hence, we leave our children in the dichotomy of thoughts, ideas, and ideologies. Kids learn from what they see, not from what they are taught, and once they grow to witness such extreme divergence between what they are taught and what they actually see, their trust in the words you say begins to fade.

Soon, you notice that they feel comfortable in disobeying you because for them your credibility and trustworthiness has diminished. Ironically, it will be too easy for you to point out their defiance. However, what your understanding will surely surpass will be a check on your actions which resulted in this changed mindset of your child.

With his ill-articulated words, Ray very explicitly explained something to the behavioural therapist that changed her stance forever. She understood that there was nothing wrong with Ray’s behaviour, but there was something grossly wrong in the behaviour that he was receiving.

It’s easy to point a dark black blob of extreme negative traits within us, but it’s extremely difficult to see those thin grey lines we possess against the white parenting background.

Previous article « Are You Working From Home With Kids Around? If Yes, Here’s How You Can Make it Fun!
Next article A Letter From a Baby »