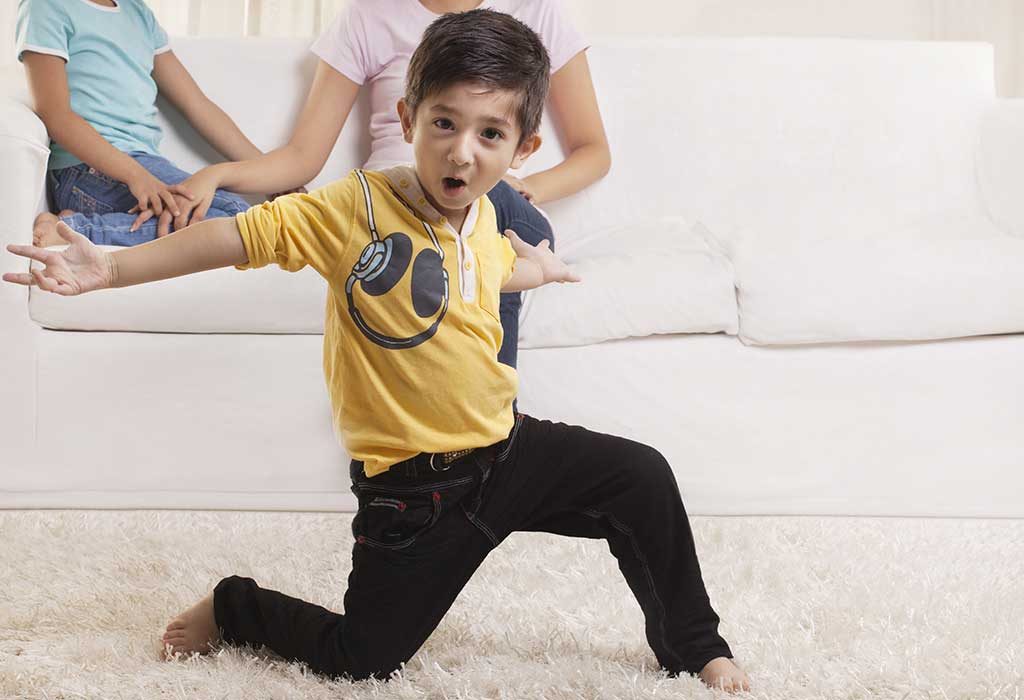 It all started with the usual stroll in the neighbourhood garden. As Papa started clicking pictures, V started posing. When the duo came back and showed me the pictures, I was amazed. Clad in his usual T-shirt and pyjamas, but his poses and expressions and the attitude was mind-blowing. When my husband told me that it was V who suggested all the poses, it was as though a wire in my brain got charged and sent a brainwave.

The very next day I saw an ad for the country’s biggest fashion show for kids. Was this another sign? Could V do it? Let’s see how it goes. We will at least know if its even worth a thought. With all these thoughts, I registered his name for the event. There was going to be an audition round and then the selected children would get to do ramp walk with the designers. But will he make it through the auditions with thousands of other so-called normal children? There were too many questions running in my head but I tried not to think about the outcome.

A week after that got a message from a friend that there is going to be a talent-cum-fashion show in Delhi. This time they had a separate category for children with Downs Syndrome. Was this yet another sign? This would be a very good opportunity for V to showcase his talent and for him to shed any inhibitions. Nonetheless, it will be a good practice for him for the mega event in later part of the year. So, I went ahead and put his name for this one too.

V was supposed to walk the ramp and then dance. We asked his dance teacher to make him prepare one song. The night before the event, V performed for his favorite audience – mummy and papa and was all prepared to go. His excitement reflected in his twinkling eyes as he put on new clothes and dabbed a little make-up. He was raring to go.

We reached the venue in time and completed all the formalities. I was overwhelmed to see so much young talent around me. Children were singing, dancing, playing drums, hula-hooping and what not. As we were getting entertained, V was getting impatient for his turn to arrive. After every performance, he would ask if he could go next.

It had been almost three hours since he was waiting for his turn and V was getting very impatient now. He was frequently going near the corner where water bottles were kept and demanded to drink water. He had to be taken to the washroom every half an hour otherwise he has a tendency to pee in his pants. In between, I also stuffed him the paranthas brought from home. There were just three kids now before V’s turn and his mood was at his worst. He was tired, sleepy and irritated. As I was asking him to stand still, he just wanted to sit down and looked very grumpy. I knew it was not his mistake. Maybe I was expecting too much from him. Maybe I should not push him so much.

As I was consoling myself by my own thoughts, I heard an “o…wow” from the audience. V’s number was called and he was walking on the ramp towards the judges. His walk and confidence would put any professional model to shame. Dumbstruck, I watched him reach to the judges, pick up the mic and announce his name in his unclear voice. I rushed behind to translate his words to the judges. When asked which song he would like to dance on, he said his favorite “swag se swagat”, a completely different song than what we had practised! I asked him if he was sure, but he ignored me and the music started playing. As he swaggered to Salman Khan’s moves, the audience and the judges cheered on with “Once More”.

Just five minutes before I had absolutely no hopes that he would even walk up to the judges. It was as though he was a professional and completely transformed when it was showtime. He did not let his frustration or irritation reflect in his performance. A quality many of us aspire to have. He completely owned the stage. That day I realized, a Rockstar is born!