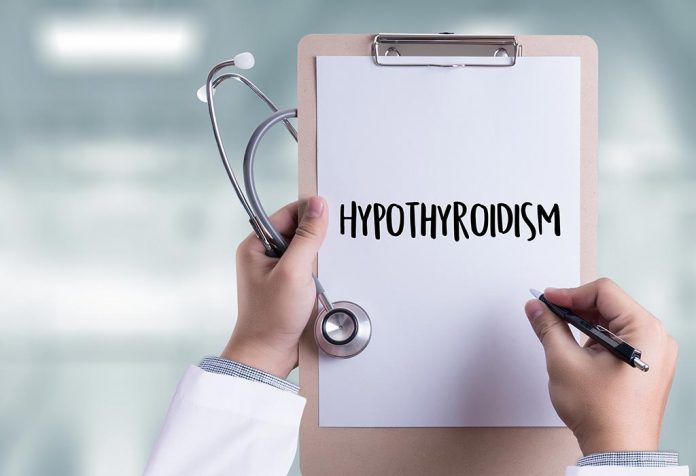 Amongst various elements that are necessary for the human body to be developed and keep developing without any obstacles, iodine is one of the most necessary ones. It plays a key role in the creation of thyroid, which is one of the vital hormones required for the proper growth of various organs within the body, including the brain and the entire nervous system. Cretinism, which is what congenital hypothyroidism, is also called is generally a result of an extreme deficiency of iodine in the mother’s body, which tends to affect the development of the foetus within her too.

What is Neonatal Hypothyroidism?

Hypothyroidism effects on baby are dependent on the type of congenital hypothyroidism that the baby is suffering from.

In nearly a quarter of the cases of infants having hypothyroidism, their condition is usually temporary which is termed as transient hypothyroidism. It is mainly a result of a deficiency of iodine, which is generally due to reduced consumption of the same by the mother.

At times, there is the presence of an antibody termed as TSH-receptor blockers. These are a result of an autoimmune disease, present in the pregnant mother, which finds its way into the foetus as well. These receptors disturb the usual thyroid functioning in the newborn, resulting in neonatal hypothyroidism. However, this fades away in a few months as the infant’s immune system starts taking over and gets rid of these external antibodies.

External inputs play a role in this, too. Certain women who have high levels of thyroid during pregnancy might take drugs such as methimazole, which affects the foetus as well and causes hypothyroidism. In women with arrhythmia, taking medication such as amiodarone has a side-effect of elevating iodine levels in the body beyond the healthy limit, causing a temporary hypothyroidism to set in the baby. Both these conditions are temporary and the child’s thyroid functioning returns to normalcy after a couple of weeks or more.

As the name suggests, this condition is not temporary and an infant suffering with permanent hypothyroidism needs treatment measures to be conducted throughout his life.

Such permanent hypothyroidism is usually a consequence of a biological factor. The thyroid gland in the child is either developed abnormally or is even located abnormally within the body. Such anomaly is termed as dysgenesis, and nearly 67% of the babies with hypothyroidism suffer from this problem.

A few other children face problems in either secretion of the hormone or synthesizing it within the body, even when the thyroid gland is free from anomalies. At times, the defect could be present in the transport system of these hormones, which rob various portions of the body from its presence. Problems related to the hypothalamus or the pituitary gland could also affect the thyroid gland, causing hypothyroidism to set in.

Though the hypothyroidism in a newborn baby might be temporary or permanent, the reason behind it occurring is generally a result of certain major aspects.

Symptoms of Hypothyroidism in Newborns

Generally, newborn babies may not even show signs of hypothyroidism if their levels are just an inch below normal. However, in babies with severely reduced levels of thyroid, the symptoms are pretty evident and usually manifest in the following forms.

Diagnosis of Congenital Hypothyroidism in Babies Undertaking neonatal screening for congenital hypothyroidism can help detect cases with a possibility of such conditions well in advance. At other times, some diagnosis and tests might be required to arrive at a conclusive clarity.

With a strong diagnosis in place, doctors may choose to conduct various scans or ultrasounds to check for physical deformities in the thyroid gland and try to reason out the source of the condition.

The absence of thyroid hormone in the right amount can affect a child, right from his intellectual ability as well as various physical aspects, too. Many children with hypothyroidism tend to have higher risks towards major issues.

The only way to treat a child suffering from neonatal hypothyroidism is to take efforts in bringing back the levels of thyroid hormone within the body. One of the major medications available on that front is the synthetically produced levothyroxine. This tablet ought to be crushed and mixed with the formula or the milk that is given to the baby. If in liquid form, it can also be given using a dropper or a syringe, directly in his mouth. Never mix this medication with soy milk, since the protein present in soy binds itself with the thyroid hormone, leaving nothing for the body to absorb.

To know how to prevent congenital hypothyroidism, the best way is to maintain good iodine levels during pregnancy itself. Always opt for iodised salt in your food items no matter what. In case you are under any medication to control your own thyroid levels or any other conditions, it is important to screen your child immediately after birth to check for hypothyroidism.

Congenital hypothyroidism can easily ruin a perfect childhood for a kid. Nevertheless, most cases revolve around the transient phase which fades away in a few weeks. For permanent hypothyroidism, your child requires love and care along with the treatment to be able to lead a happy and good life ahead.

Pregnancy, a Complete Rollercoaster Ride, from the Beginning Till the End

Facts and Information About Gold for Kids