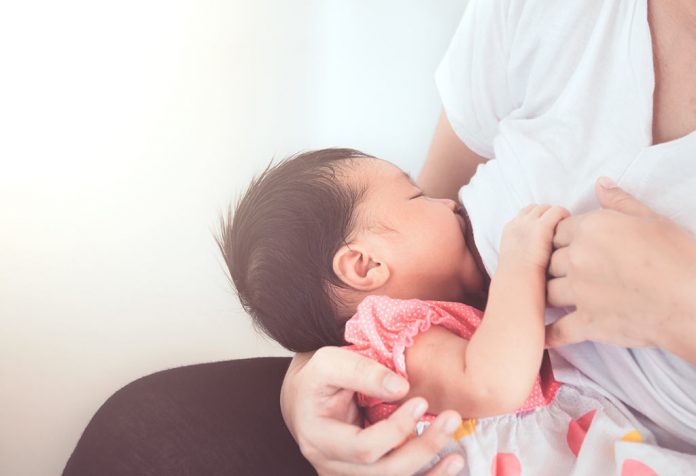 When it comes to breastfeeding and pregnancy, old wives’ tales are abundant in our society. While pregnancy can be trying in itself, breastfeeding at the same time can leave you hassled and worried. Fret not. These common myths about breastfeeding in pregnancy are exactly what you should stay away from!

There is generally very little knowledge of the myths and facts about breastfeeding while pregnant, mainly because of the delicate condition of the mother. You need to feed the baby in your womb, the nursing baby, and yourself. Agreed that breastfeeding during pregnancy needs a lot of care, but it is not as complicated as we are often led to believe. This World Breastfeeding Week, let’s bust the most common breastfeeding myths during pregnancy.

5 Myths About Breastfeeding In Pregnancy – Busted!

Fact: The human body is a wonderful design of nature. Your body will typically delay ovulation while breastfeeding as a natural way of spacing babies and thus protecting you from too much stress. It is nature’s way of saying’ “Hey! Have sex when your body is ready to have another baby!” However, “breastfeeding moms cannot get pregnant” is an absolute myth. After delivery, ovulation can resume as early as 6 weeks or as late as a year! You must therefore use contraception if you want to avoid pregnancy.

Myth 2: Only one of your children gets the nutrition

Fact: This gem of a myth sets off sibling rivalry even before the younger one is born! Well, if you are capable of getting pregnant when you have a nursing baby in hand, you are definitely healthy enough to deal with the situation. Once your body recognizes you have conceived, it starts making all the necessary preparation. It works fast and diligently to provide for the baby in the uterus as well as the one suckling at your breast. Eat a well balanced and nutritious diet to nourish your babies and their mom!

Myth 3: The nursing child will wean if you are pregnant

Fact: When you get pregnant, there are changes in your hormonal levels. Your baby, the gastronome that he is, recognises the change in taste and the general mood of his mother. He may get cranky and moody as a reaction to the hormonal disturbances. Some moms misunderstand this as a hint that it is time for their child to wean. But, as a mother of two children, if you don’t want your nursing baby to wean right away, consult your doctor.

Myth 4: Breastfeeding while pregnant can cause a miscarriage

Fact: This common myth about breastfeeding during pregnancy is based on the fact that immediately after labour, a woman’s body is flooded with hormones like oxytocin. These bring on uterine contractions needed to facilitate birthing and healing. However, this contraction stops early enough for your unborn baby to have room. A miscarriage can be brought on by multiple, often vague reasons, but breastfeeding hasn’t been proven to be one of them.

Myth 5: Breastfeeding may cause an early labour

Fact: This is perhaps the most fear inducing myth about breastfeeding in pregnancy, especially for moms who nurse their older baby throughout pregnancy. It is widely believed that breastfeeding causes nipple simulation and release of oxytocin which in turn brings about early labour. The fact is that the uterus prepares to deliver the baby only when ready. Breastfeeding cannot cause early labour until the uterus gives the green signal.

Mothers are selfless – even their bodies are physically designed to be so! While a breastfeeding, pregnant mother can handle both situations very well, she receives only the leftover nourishment for herself. Now that the most common myths about breastfeeding during pregnancy have been debunked, you should breathe easy and eat a balanced diet. Both your babies need it!

Mothers! There Is Nothing Wrong in Pampering Yourself

When Do Babies Start Sitting?

All About Kindergarten Math Curriculum for Kids