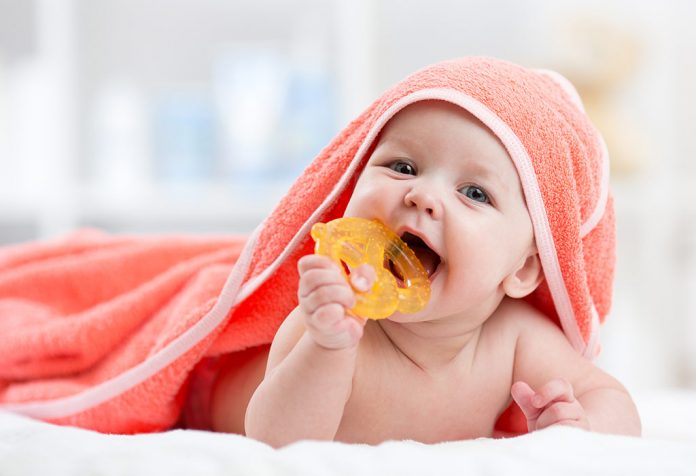 Science has moved ahead in leaps and bounds with improvements in baby care and a better understanding of how the growth and development of a child take place. However, there still remain various superstitions that trickle down from traditional thinking and continue to make parents and other relatives worry for the betterment of the child. One of the popular ones in this regard is the fever and teething myth along with numerous others that put an abnormal focus on the way a child’s teething seems to proceed. Knowing the distinction between myth and reality can help you handle the situation in a better manner.

Myths and Superstitions About Baby’s Teeth

Teething is quite an important milestone in the development lifecycle of a child. We have put together a bunch of myths and the actual facts behind them, which can help you be better informed with what’s going on with your little one.

You shouldn’t use a toothpaste with fluoride for your little one since it can be quite dangerous for him and harm his new teeth.

Yes, your baby might swallow everything that enters his mouth and this might make you worry about him eating up the toothpaste as well. This can be very well handled by using only a small amount of toothpaste while cleaning his teeth. Using toothpaste with fluoride is essential in protecting his new teeth from the formation of any cavities.

If teething starts with the baby’s top teeth first, bad luck will befall his maternal uncle, which can even be a threat to his life.

This can be countered in a bunch of ways. Some of them involve the mother walking all the way to her home to meet her brother on the way. Other families choose to use a copper coin to touch the baby’s tooth.

As ludicrous as it might sound, this is quite a popular myth, especially in the northern areas of the country. Even more ridiculous are the ways that this myth or curse can be countered. It is necessary to understand that an event as small as teeth erupting from the jaw cannot affect a random individual in any way whatsoever.

It is not good to start brushing the teeth of a toddler. He should get a few years older before he starts brushing his teeth. They don’t need any additional care as such.

Your child’s gums might be a little sensitive and tender but his teeth need all the care they can get right from the time they emerge out of the gums. Using your fingers with a little toothpaste and massaging his gums as well as cleaning his teeth is essential the moment they appear. 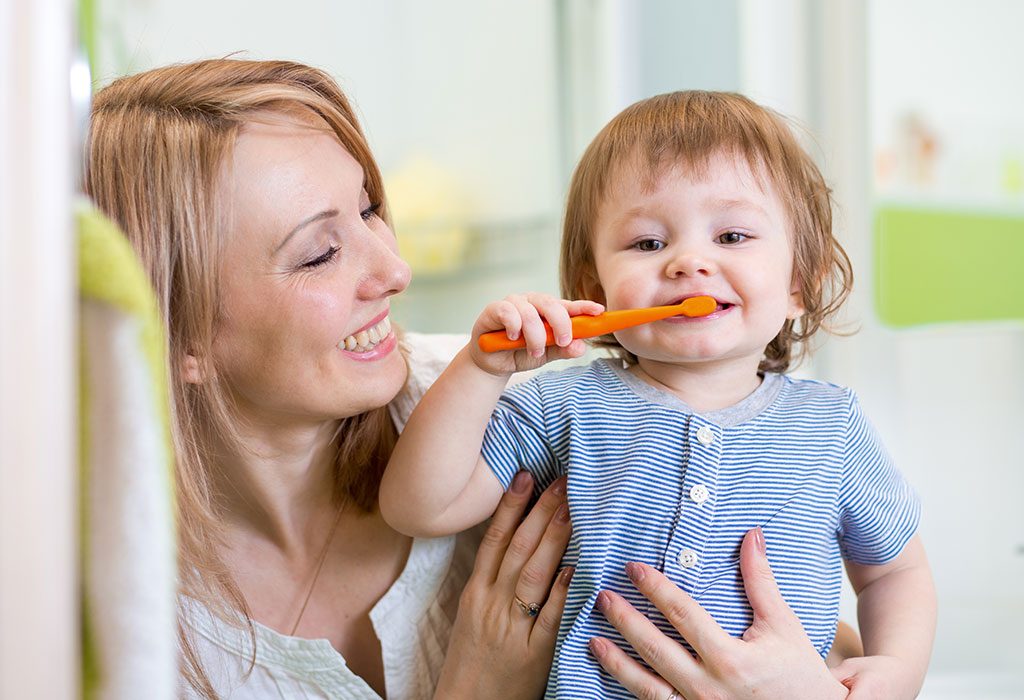 The pain during the process of teething is not a good sign and it can be reduced by a sacrifice to the Gods by killing a rooster once the first tooth emerges.

A few regions believe in slapping the child’s face immediately once you spot the first tooth. Others revolve around kissing a donkey to transfer the pain to the animal, or hanging a raw egg above his crib.

The ways to counter the myth of pain starts getting strange one after the other. Not only are they illogical but some of them can even cause harm to the baby and put him or other family members at risk of being injured and cause grievous harm. Using teething biscuits, toys and soothing your child is a much better option.

We need to visit the dentist only when we have a problem with the teeth. Children usually don’t need a dentist until they are more than 3 years old. Their first check-up can be delayed to the point they have all the teeth or the permanent teeth start emerging.

Contrary to popular opinion, the role of the dentist is highly recommended the moment you start seeing teeth in your little one’s mouth. The emergence of the first tooth can give a good sign of the baby’s future dental health and give your dentist a good heads-up in case there might be a possibility of any dental problems emerging later on.

A tooth emerges in a child only after he is around 8 months old or so. If a baby is born with a tooth or two in his mouth, it is a sacrilegious sign and the mark of the devil himself. He is the vampire or a monster and the teeth needs to be pulled out immediately to stop him from becoming a bad person.

This is just as ridiculous as any of the above myths… probably even more! Although there is no conclusive evidence that can explain the presence of tooth in the baby while it is in the womb, speculations have been made around hormonal reasons, exposure to certain growth stimulating substances, and so on. Nevertheless, if a tooth is present and seems to be quite loosely hanging, your doctor might choose to remove it to prevent any complications later on. 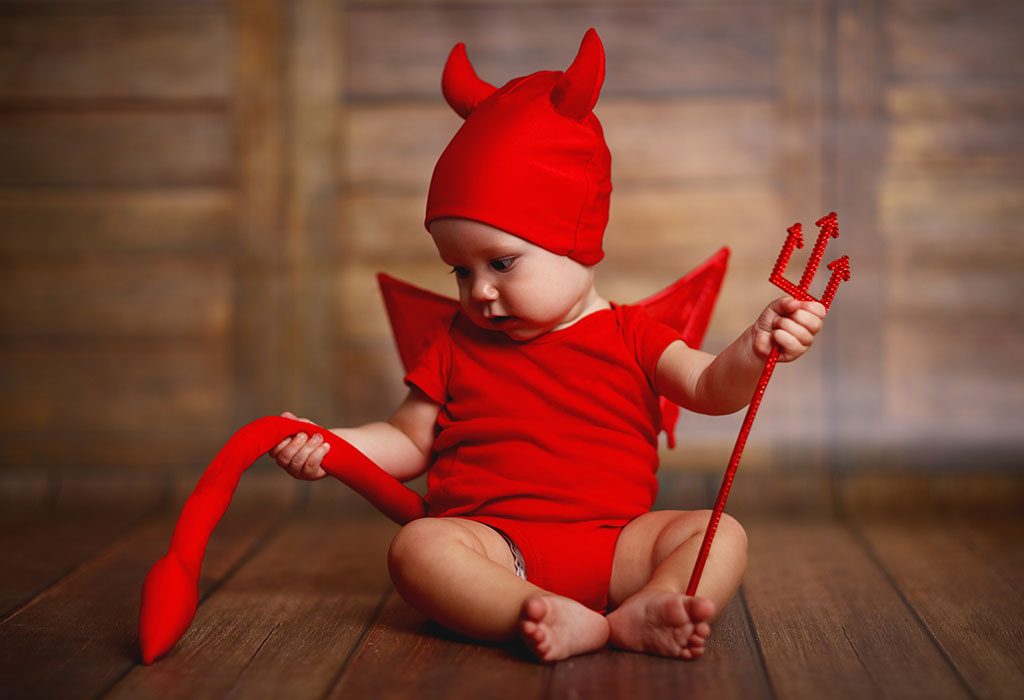 If a child gets teeth rather early, he will have siblings he can play around with, in the next year or so.

Some babies do have teeth that erupt when they are 6 months old itself. But that has nothing to do with a woman getting pregnant. Everyone is well aware of the only process by which a woman can be pregnant and an eruption of a tooth has no connection to it.

If a baby starts having cavities in his teeth, they don’t need to be filled right away since the teeth are going to fall off anyway.

Even if the teeth might fall later in life, the cavities themselves can lead to infections and can be extremely painful for the child later on. Filling them is a necessity and the more it is delayed, the more difficult it can get for the dentist to handle it.

Teething is always accompanied with fever, which can get troublesome for the child and needs to be medicated right away.

Sure, there are a few symptoms such as disturbed sleep, irritation, and a slight increase in body temperature when teething occurs. But the temperature difference is minimal and cannot be categorised as a fever. If your child does have a fever, it is probably an indication of another infection or disease which needs to be attended by the doctor.

Using meat bones of chicken or other animals along with some healing beads for the baby to chew on can reduce the teething pain and protect the teeth as well.

Although pressing the gums together can reduce the teething pain, using meat products or other herbal beads should be highly avoided, since the chemicals and other elements present in them can be fatal for the child. Make use of homemade teething biscuits instead.

The imagination and variety of Indian myths about baby teething can be quite an entertaining read. However, these shouldn’t be taken seriously and applied in real life as a problem to be resolved. Teething is a natural process and every child responds to it uniquely in his own way. It can, however, be a bit of a challenge at times, as with the eruption of each tooth comes pain and other symptoms. Stay informed about the various stages of teething, so that you’re armed with the tips and tricks to deal with each one of them as they come. A Baby Teething Tool will come in handy to help you out on this mission! Simply click on different parts of the image given to understand which tooth comes in at what age. You can also record the days on which your baby’s teeth come in one by one, or scroll through the tool to find more articles on baby teething. 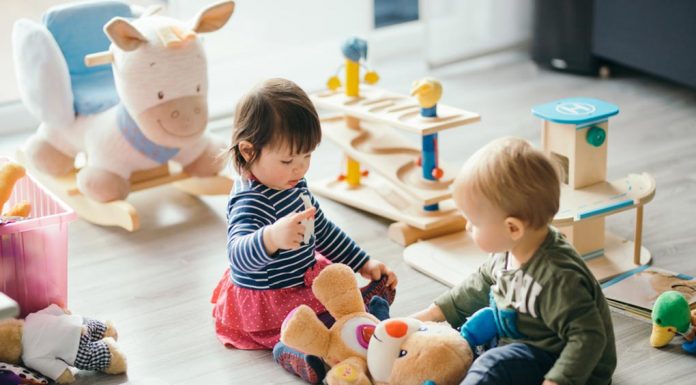 Should You Take Birth Control Pills Before IVF Treatment?

Baby Kick Counter: When to Call Your Doctor