Home Baby Baby Care Moms, Don’t Forget These Precautions When Taking Your Baby For The Pulse... 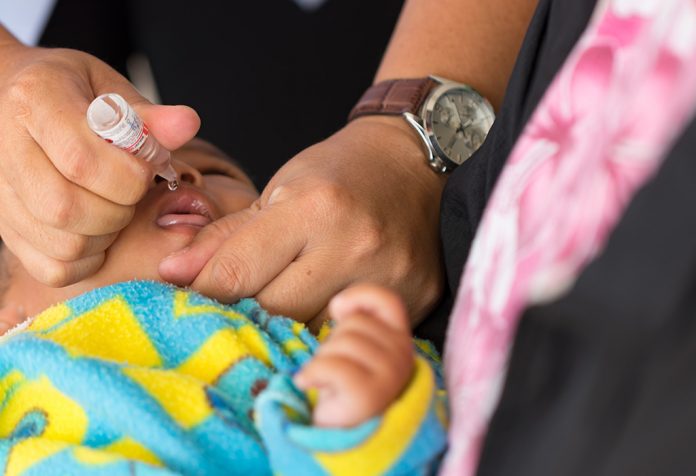 Several years ago in India, many childhoods were spoilt due to a debilitating disease. It was a virus that attacked the nervous system and resulted in paralysis. Worse – there was absolutely no cure for this evil they called ‘polio’. Today, India has successfully eradicated polio and liberated her babies from this huge risk. Our children now live in a polio-free world and this is a terrific achievement for our public health. However, there is one very important thing we must not forget.

Our babies under five years of age still VERY MUCH need their polio dose! Yes, the disease has been eradicated from India but that doesn’t mean our children no longer need the protection. This is because polio still exists in many other countries in the world. Not giving our babies the adequate protection can make them vulnerable to catching the infection.

As you prepare to take your baby to the nearest polio immunization camp, remember to keep the following precautions in mind. These are crucial to make the dosage effective and keep your baby safe.

I. Postpone The Dose If Your Baby Has Diarrhoea

Diarrhoea is a common problem in babies and usually not very serious when treated in time. However, it can interfere with the polio vaccine and its effectiveness. This is because your baby’s gut mobility increases when he has diarrhoea. This means that he is likely to throw out the vaccine soon after it has been administered. Unless the polio dose stays in intestine for a while it cannot show it’s effect.

If your baby has diarrhoea, help treat his condition with these home remedies for loose motion and reschedule the dose to after it is over.

II. Be Very Careful About The Risk of Aspiration

In a tragic accident in Andhra, an infant faced loss of life, allegedly due to ‘aspiration’. This happened soon after she was administered the polio vaccine. Aspiration is when something accidentally enters the lungs or air passage. The accident has been causing panic among many regarding the ‘safety’ of the vaccine. However, the truth is (and the doctors have confirmed this), it was aspiration that led to the death. That said, the situation was probably worsened due to travel stress, dehydration and immediate breast feeding.

When taking your baby for the vaccine, please make sure that he is not stressed out or dehydrated and has not been breastfed immediately.

III. Delay The Dose If Your Baby Has High Fever

If your baby is suffering from fever, please delay the polio dose to after the fever has subsided. This must be done if your child is running a fever of 101 degrees or more. The reason this is important is because some immunisations can also lead to fever because of a side effect. So, if your baby is already ill, it will make it difficult to diagnose the cause of the fever.

If your baby has high fever, treat his condition with these remedies for fever and reschedule the dose to after it is over.

IV. Never Skip The Dose Because You Think Polio Has Been Eradicated

Finally, strange as it may seem, there are some groups dead against vaccination. Their concern stems from how ‘vaccines may harm babies if overdosed’. One such anti-vaccination post has been ‘warning’ parents on social media, saying that the polio vaccine could have side effects in children. Plus, since the disease has been eradicated from India, why keep dosing our kids, right? WRONG! The truth is that it is vaccination that has led to polio being eradicated from India. But if we as parents do not attend the vaccination drive in February, it may lead to the return of the deadly disease in India!

Do not skip the scheduled polio dose because you think your baby has already received enough or because the disease has been eradicated from India. The vaccine is important to keep your baby safe.

Moms, let’s never forget that polio cannot be cured. It can only be prevented and that only with the vaccination given multiple times. When it comes to your child, you cannot risk believing in rumours without finding out the whole picture for yourself. Trust only in your doctor and in your own intuition. Polio is a huge threat facing babies in early childhood – and it is up to us to keep this disease far away from our little ones.

How to Clean your Baby’s Genitals

Giving Your Child Proper Nutrition Requires Planning. Here Is How to Do It