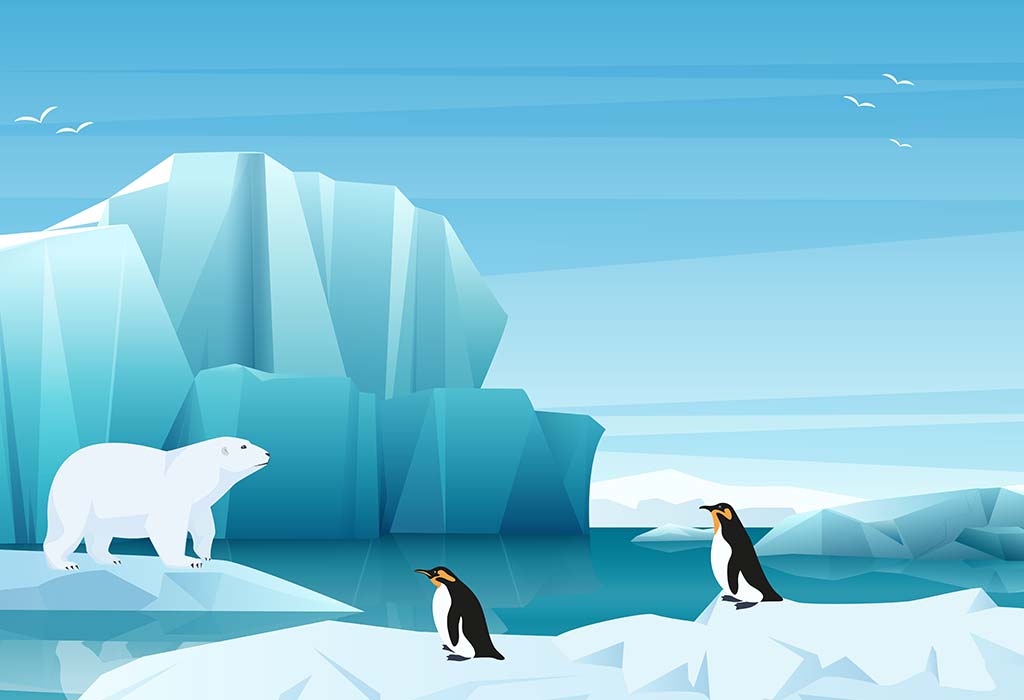 Keep reading to get the know-how on these fascinating nature’s creations concerning what do glaciers mean, and what do glaciers look like, and other related facts that you may not have known!

A common question among kids is: what are glaciers made of? To answer this, glaciers are referred to as ‘ice rivers’ in certain circles. The term ‘glacier’ comes from the French word glace (glah-SAY). These are a frozen mass of very thick ice that moves due to the weight of the surrounding air slowly moving over the landscape.

Alpine ice sheets and glaciers are the two kinds of ice found in the mountains. Alpine glaciers form on mountain summits and flow down valleys to the sea. During many years, when the quantity of ice exceeds the rate of natural ablation, a glacier is formed.

How do They Form?

Glaciation begins when snow accumulates quicker than it melts. Snow begins to shrink or tighten up shortly after it has fallen. Diamonds start as delicate, frothy crystals and gradually turn into complex, spherical ice pieces. Glacial firnification is a word that refers to the process through which snow penetrates the glacier and forms new ice. Numerous glaciers, particularly in the arctic region, may be situated in areas susceptible to Global Warming. The Earth’s surface temperature increases due to global warming, enabling water to be stored as ice for extended periods. Glaciers may retreat as a consequence of this ice and other climatic factors such as wind.

Where Are Glaciers Found?

According to the United Nations Environment Programme, the bulk of the world’s glaciers are situated in Antarctica and Greenland, but glaciers may be found on virtually every continent, including Africa. Pakistan has a more significant number of glaciers than almost any other nation in the world. Additionally, glaciers may be found in Antarctica, Argentina, Chile, Canada, Alaska, Greenland, and Iceland, to mention a few. Alpine glaciers are found worldwide but are most common in the Andes, Himalayan ranges, Rocky Highlands, Caucasus, Scandinavian highlands, and the Alps.

These are ice sheets and ice caps that cover large expanses of land.

These are those that flow down a valley and into another valley below. Outlets are valley glaciers that flow out onto the surrounding landscape from ice sheets and ice caps.

They form in high alpine areas and often flow from icefields that span several summits or even an entire mountain range.

These glaciers wind their way across valleys and resemble enormous ice tongues. Typically, they are formed by mountain glaciers or icefields. Valley glaciers may be very lengthy, extending far below the snow line and even reaching the sea.

These are glaciers that have flowed to the sea in the Tidewater Glaciers Valley. Each year, a large number of tiny icebergs calve from tidewater glaciers.

Lamplugh Glacier, a tidewater glacier approaching the end of its trip, is located in Glacier Bay National Park and Preserve in Alaska’s Glacier Bay area.

When a primary valley glacier system retreats and thins, branch glaciers may be left in smaller valleys, resulting in icebergs. They are referred to as ‘hanging glaciers.’

Cirque glaciers are so named because they reside in bowl-like hollows called cirques by scientists. They are often found high on mountain slopes and have a wider breadth than length.

Ice is a type of meltwater accumulated on the Earth’s surface through rivers and melts during the summertime. It is determined by the climate, the thickness of the ice, and the amount of snow accumulated on the ground that the ice flow downhill moves at a variable speed.

An ice shelf is formed when ice sheets cross the ocean and float on the water’s surface. These strata may be as thin as a few hundred meters thick or as thick as a kilometer. Ice shelves mainly surround Antarctica’s landmass. 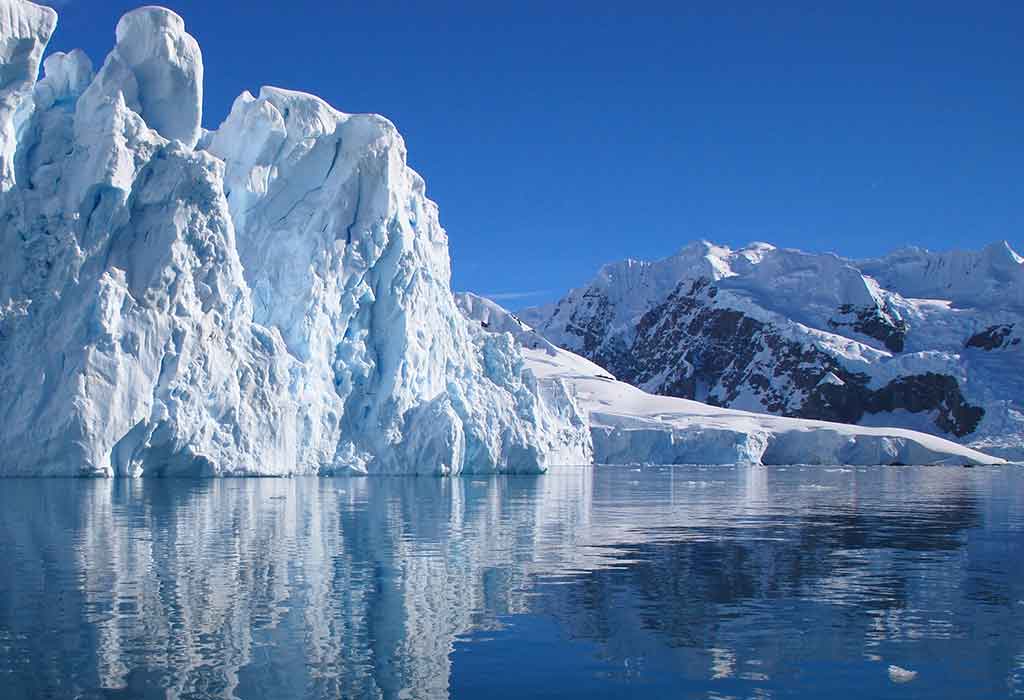 A glacier’s displacement or movement is caused by various factors, including ice deformation and activity at the glacial substrate. A glacier may flow up slopes beneath an ice sheet if the ice’s surface remains oriented downward, indicating that the glacier is still oriented downward. Ice flows from bowl-like cirques and over-deepening in the ground beneath the surface due to this phenomenon.

Interesting Facts About Glacier for Children

For youngsters, learning about glaciers is a beautiful and instructive experience that they will never forget. Here are ten interesting glacier facts that you may not have known before.

There would be no bays or Great Lakes in today’s globe if glaciers did not carve these terrain formations with their ice dozers over countless centuries. As it turns out, this individual’s incredible achievements are only the beginning. Suppose you are an ambitious student or a person interested in learning about the exciting and dynamic living forms that inhabit our planet. In that case, you should be aware that glaciers are one of the most critical and necessary resources that slow the passage of time. These are just a few of the many fascinating facts about glaciers that you should keep in mind. Keep these fascinating facts about the vast ice and snow masses close at hand and your mental knowledge current.

Previous article « 50 Nicknames for Hannah & Their Meanings
Next article Are Poppy Seeds Safe to Consume During Pregnancy? »