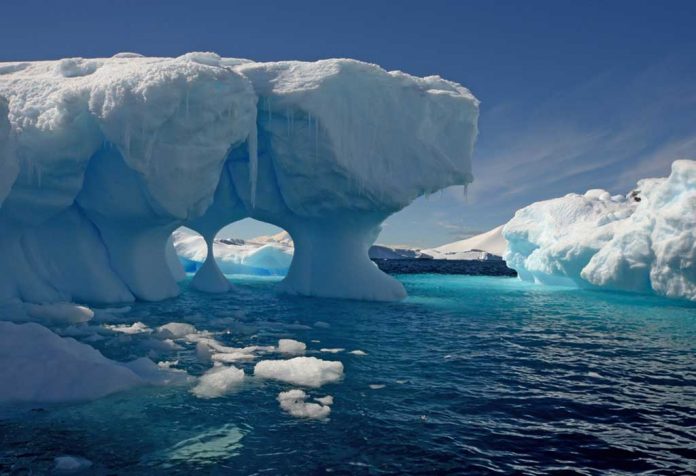 Antarctica is one of the seven continents in the world. It is one of the most massive and mysterious landmasses in the world that does not support human life, leaving the population to a minimal. It is the fifth-largest continent in the world, with an area of more than 14.2 million square kilometres. Antarctica is the southernmost continent in the world. The temperature remains below zero degrees most of the time, and as a result, the landmass is covered in snow. There’s a lot more interesting information about this continent that you and your children would love to know. We’ve covered some intriguing information and facts about this continent. Read on!

Fun Facts About Antarctica for Kids

Here are some amazing facts about the Antarctica continent.

1. Antarctica is a polar desert.

Although Antarctica is covered with thick layers of ice but receives very little rainfall, and thus it continues to be the driest continent on Earth and is known as a Polar desert.

2. Antarctica used to be a tropical paradise once upon a time.

3. Antarctica is one of the windiest places on earth.

Antarctica is one of the windiest continents on earth. In some parts of the continents, the wind reaches up to 200 miles per hour.

4. Antarctica is the largest source of fresh water.

The continent has about 90% of the planet’s fresh water ice. It also contains about 70% of the total fresh water on earth.

5. Antarctica is covered in ice.

A major part of the continent is covered in a thick layer of ice. The Ross Ice Shelf (a floating tongue of ice) is the largest ice shelf discovered is in Antarctica.

6. Antarctica is one of the best places to find meteorites.

Covered in the expanse of snow, it is the best place where one can find meteorites as they are dark and are clearly visible on sheets of ice and snow.

7. Antarctica has no native human population.

Antarctica is mostly uninhabitable as it is the coldest, windiest, and driest continent. However, every year, a lot of tourists from around the world visit the continent.

8. Antarctica has the highest average elevation of all the continents.

9. Antarctica does not have a specific time zone.

The prediction of time in Antarctica is a real trick. Since time zones are decided as per longitudes, and all the longitudes come to meet at the southern pole or Antarctica, there is no particular time zone here.

10. The sun does not set in Antarctica during the summer months.

Since the sun does not set in this continent in summers, it receives more sunlight than the equator during this time. This continent has six months of summer, and there’s sunlight for these months. The remaining 6 months is the winter season, and it remains dark throughout the season. 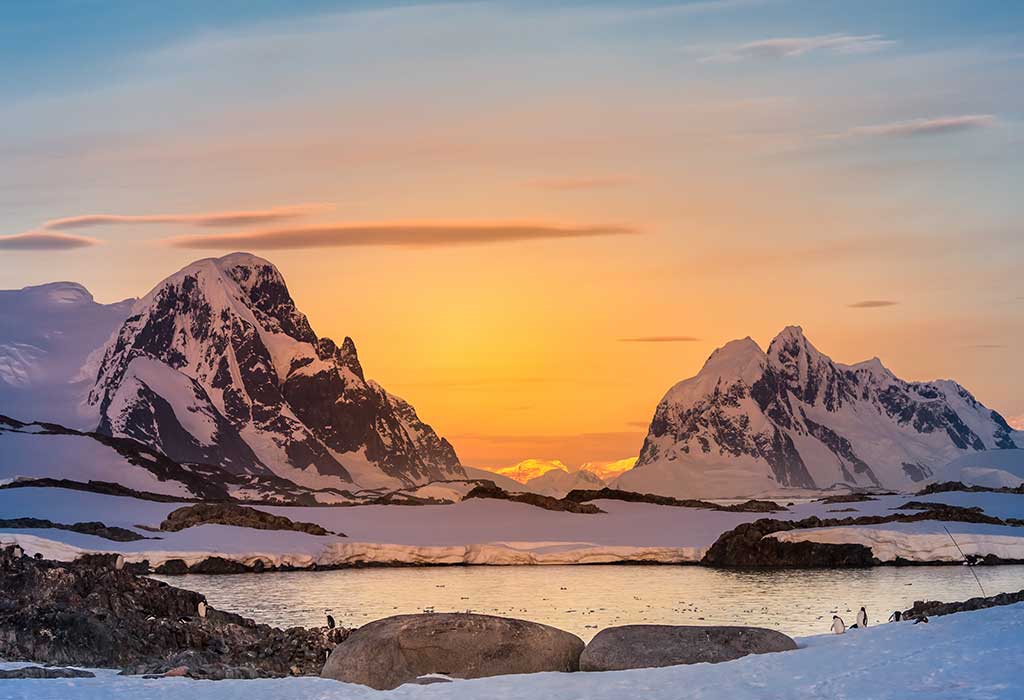 11. In Antarctica, every direction is north.

Antarctica is located at the southernmost point. So, in whichever direction you chose to go, you are heading towards North. Everywhere is north direction.

12. Antarctica has an active volcano.

Antarctica is home to several volcanoes. Mount Erebus is the southernmost active volcano in the world.

13. Mount Vinson is the highest mountain in Antarctica.

Antarctica was spotted in the year 1820. At that time, it was considered a group of islands. It was only 20 years later that it was confirmed to be a continent.

16. Antarctica has its own treaty.

Several countries fought for the claims on the continent resulting in tensions. Later everyone agreed to a peaceful resolution, and now Antarctica has its own treaty system with has strict guidelines and conditions.

17. There are various species of animals in Antarctica.

There are different species of animals found only in Antarctica, like penguins, whales, seals, and other ranges of invertebrates.

18. There are no plants in Antarctica.

There are generally no plants found in Antarctica due to the cold climate, but some plants grow in a small area of the continent. However, it is home to 100 species of mosses and 25 species of liverworts.

19. There are no ants in Antarctica.

Ants are the species of insects that are found everywhere in the world except Antarctica.

20. Antarctica has a lake that doesn’t freeze.

The Deep Lake in Antarctica has a high salt density that prevents it from freezing.

Qualities of June Born Babies That Make Them Special

What My Little Munchkin Taught Me During Lockdown