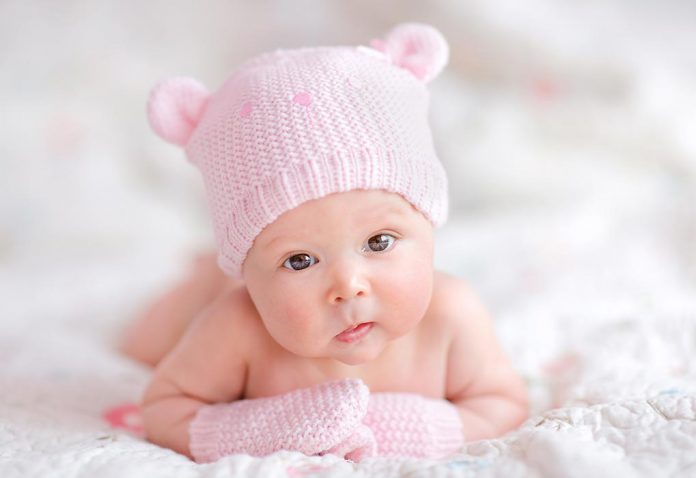 Game of Thrones is a show that has grown tremendously popular in recent times. The HBO show has been attracting millions of viewers and has broken various records since it first aired in the year 2011. You can start looking for Game Of Thrones inspired baby names for your lovely newborn. Choosing such a name will be a different experience as it breaks away from the conventional names. Having an impactful and unique name goes a long way in any person’s life. You can go through this list of baby names from Game Of Thrones and find a pick which might be just the right name for your kid. The article has names that are used in the show for characters and also names that are inspired keeping in mind the theme and feel of the show.

Take a look at this list of Game Of Thrones boy names to find a suitable name for your little one:

The meaning of this name is ‘gratitude’.

This was Jon Snow’s uncle’s name in the show. The name is a twisted variant of the popular name ‘Benjamin’ which means ‘son of the right hand’.

This was the shortened name of Brandon Stark. The meaning of this name is ‘a raven’.

He was the sellsword who gave his services to Tyrion Lannister in the show. The meaning of the name Bronn is ‘dark-skinned’.

Daario Naharis was the acting Regent of the Bay of Dragons who was known to be loyal, fierce, protective, and loving. The name Daario means ‘rich or wealthy’.

Davos sounds like a simple and unique name. The character in the show was also known as the Onion Knight.

All hail to Khal Drogo, the chief of the tribe of Dothraki. This name is a popular choice among baby names from Game Of Thrones.

This character was the fairest one in the show, Lord Eddard Stark. The meaning of this name is ‘a wealthy guardian’.

This character was an important member of the Night’s Watch who was known to be a good friend and a valiant man.

Ser Gregor Clegane was the character who was the head of House Clegane. He has a towering personality and is extremely violent by nature.

He too was a courageous and fearless person with an inherently loyal nature.

This simple and sweet-sounding name might be the right choice for your baby boy. On the show too, he is one of the cutest and most loved characters.

All hail to the Knight of Kingsguard, Jaime Lannister. The meaning of this name is ‘one who supplants’.

Jaqen H’ghar was known to be a mysterious man who was a faceless assassin. The name has a Hebrew origin, and it means ‘established by God’.

He was the son of Cersei and Jamie and was briefly the king of the Seven Kingdoms. Even though the character was cruel, the meaning of this name is ‘a peaceful pledge’.

The most notable inclusion in this list of baby names from Game Of Thrones is Jon Snow’s name. The man is known to be fearless and is one of the most important characters in the show.

He was an exiled knight who formerly worked as a spy. The name means ‘early rain’.

The character of Petyr Baelish was wicked and manipulative. Although the character was negative, the meaning of this name is ‘stone’.

This is a cute name to give to your baby boy, much like the character in the show. He is known for his courage and loyalty.

This character was one that had many shades. He was known to be a reverent servant to Cersei.

This is a unique name that is not in much use in contemporary times. The man is known for his service to Cersei.

This was a character known for viciousness. The meaning of this name is ‘wild garlic’.

Renly was the name of the youngest Baratheon brothers in the show. The name has a rhythmic feeling.

He was the son of Eddard Stark. The name is a variant of the name ‘Richard’.

Robb was a character who was heroic, brave, and genuine in the series. The addition of the extra ‘b’ in the name makes it unique.

Robert Baratheon was the King of the Seven Kingdoms. The name means ‘famous or shining’.

The character in the show does not possess physical strength, but the name exudes a lot of will and sheer power.

The character of Sandor was known for his unquestioning obedience to his masters.

Stannis was also an important character throughout the show, and this name can be a good choice for your baby boy.

Theon was known to be raised by the Starks but eventually betrays them. The name is a highly popular choice for boys.

Tommen was the youngest son of Cersei, and the name is a variation of Tom/Tommy.

Torgo is an uncommon name that defines loyalty and courage.

This is a Nordic name that would sound good on a strong boy.

Thoros of Myr was a red priest who served the Lord of the Light.

This name inspired by Tyrion Lannister is highly popular. He is a dwarf who uses his intellect and wit to overcome his difficulties.

Lord Tywin Lannister was a shrewd man known for his bravery. He held a great deal of command on people.

Varys is one of the most efficient councillors and is known for his rationale.

King Viserys Targaryen was also an interesting character in the show, and his name might be a good pick for your boy.

He was the sworn brother and recruiter of Night’s Watch. He is known for saving Arya Stark after her father was beheaded.

Take a look at this list of Game Of Thrones girl names to find a suitable name for your little one:

A beautiful woman who worked for Lord Petyr Baelish.

She was one of the many daughters of Walder Frey who did not have much screen time. Her name sounds unique.

This has to be one of the most popular Game Of Thrones inspired baby names around. Arya is a Sanskrit word which means ‘wise’.

Asha Greyjoy wasn’t someone to trifle with. The meaning of the name is ‘hope’ in Sanskrit.

Barra was a cute infant who was the daughter of King Robert Baratheon.

She is a badass lady knight whose name can be a good choice for your baby girl.

She was the wife of Lord Eddard Stark and was known to be a devoted and fiercely protective mother.

This lady is one who is known to live with a purpose. She is not a liked character but the name Cersei is beautiful.

She was the leader of a hill tribe known as Black Ears. The character is not very likeable to many, but the name sounds impactful.

She was a queen known for her immense glory and pride. The name is particularly popular among the fans of the show.

Daisy worked in a brothel and was from a haystack. The name is really pretty as it refers to the blooming daisy flowers

She was a beautiful slave in the show who goes on to help Daenerys. The name has a mysterious vibe attached to it.

She was a princess married to Rhaegar Targaryen. The name means ‘God has answered’.

This is an Arabic name which means ‘extremely beautiful’.

This cute name belonged to Samwell Tarly’s wife in the show who escapes her father’s abusive household.

She was a member of the House of Lannister. The name means ‘God is gracious’.

This was the title given to the wife of the leader of the Dothraki tribe. It means ‘queen’.

Kinvara is a Red Priestess who is a follower of the Lord of Light. The meaning of this name is ‘head of the sea’.

She was the younger sister of Eddard Stark, and her name means ‘a field’.

Lysa is Caitlyn Stark’s sister in Game of Thrones. This is a name of Hebrew origin, and it means ‘God is my oath’.

She was the head of the House of Mormont known for her experience and wisdom.

Margaery belonged to House Tarell and was married to King Joffrey and King Tommen. This name means ‘pearl’ in French.

She was one incredible character known for her friendship and loyalty. The name is of Indian origin.

She is also referred to as the Red Woman in the series. The meaning of her name is ‘strength and courage’.

Missandei was a brave woman who was known to be the most trusted councillor to Daenerys.

She was a septa (a member of the female clergy) of the Faith of the Seven.

She was a charming character born to Jaime and Cersei Lannister, and this is a beautiful name for your little girl.

This was the name of a legendary queen and battle tactician who was known for her skills.

She was the wittiest and sassiest character on the show, and her name means ‘ancient Anna’.

She was a Wildling in the show who was loved by everyone around her. The name means ‘a long lifespan’.

Ros was a prostitute who was renowned for her beauty and intelligence. The name is pretty simple and easily rolls off one’s tongue.

Sansa Stark was the daughter of Eddard and Catelyn Stark. The meaning of this name is ‘a tribal princess’.

She was a queen and was the wife of Stannis. She was known to be a fanatic follower of the Lord of Light.

This is a simple and sweet name for a baby girl, and one of the prominent ones in the list of Game Of Thrones inspired baby names.

Princes Shireen was known for her sweetness and charm. The name also means ‘sweet’.

She was known to be the healer in Robb’s army and was a queen of the Stark descent.

She is a really sweet person known for taking good care of everyone.

She was an acolyte of the Faceless Men. The name is uncommon.

This woman is known to be fierce, strong, and commanding. It is popular among Game Of Thrones girl names choices.

She was a lady of the free folk residing on North of the Wall.

The task of choosing a name for your baby is one which comes with responsibility as a name is one of the things that your kids are going to carry all through their life. A name is one of the first marks of an impression that one leaves on the world. Some parents find it easy to stumble upon a name, but some struggle to find the perfect name. Luckily for Game Of Thrones fans, there are a lot of unique and impactful names used in the show. We hope that you and your partner make the most out of your journey as parents. Wish you happy and amazing parenthood!

Teaching Geometric Thinking To Your Preschooler