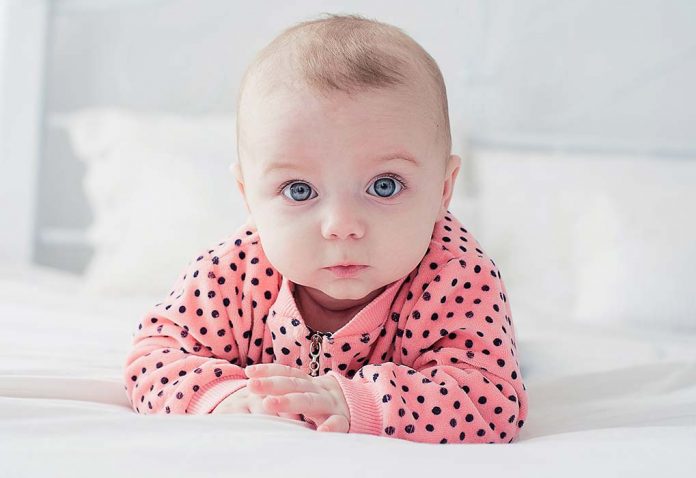 40 Palindrome Names for a Baby Boy With Meanings

Palindrome names from different cultures for your handsome baby boy:

This name finds its origin in Hawaii and means ‘long cloud’ or ‘distinguished person’, a name from an exotic tropical land that can be interesting anywhere.

It has both African and Hebrew origins. In Hebrew, it means ‘father or grandfather’ which makes it a masculine name, however, its African reference means ‘born on Thursday.’

Most diverse of the palindrome boy names, Asa has references in Afghan, Japanese, and Hebrew origins. It has biblical roots and means ‘healer or doctor’ in Hebrew. In multiple Asian languages, it means ‘hope.’

In Arabic and Persian this name means ‘gift,’ which fits your bundle of joy irrespective of their gender, however, in Turkish exists in a masculine form meaning ‘forefather.’

Most popular of palindrome baby boy names in English speaking countries, Bob is a diminutive of a names Robert or Bobby. In its German reference, it means ‘famed’ or ‘bright and shining.’

Majorly of Scandinavian origin, Ebbe exists in Danish, Swedish, Norwegian, and Germanic origins. It is a diminutive of multiple names, most common of all being Eberhard and Esben which means ‘wild boar.’

Ege is a shorter version of the word Aegean and means ‘chief sea’ in Greek.

Eze is a Nigerian word from the principal native language of the Igbo people, which is used more like a title for a ‘ruler.’

A strong masculine name with Greek origins meaning ‘alert’ or ‘watchful’ could be a great choice for your son.

A name of African origin which means ‘the only son,’ Iggi could be a very thoughtful name for your newborn.

This name is quite popular in the USA, the United Kingdom, and other English speaking countries. Kerek is of Hungarian origin which means ‘wheel.’

Originated from the ancient Anglo-Saxon tribes of Yorkshire, Kilik is more of a family name from Kilnwick. This place-name is based on the personal name ‘Cylla’ which means ‘farm of Cylla.’

This Hungarian name is not well documented; however, it means ‘breath,’ and has a Romanian reference which means ‘soul.’

This name has multiple references globally. In Arabic it means ‘king of the Jews’; in Sanskrit, it means ‘laudation’; and in the U.S. it means ‘gift from god.’

Nen is a palindrome name of Egyptian origin which means ‘ancient waters,’ which signifies immortality.

With diverse origins, Neven in Croatia means ‘everlasting’ which is comparable to its Serbian meaning of ‘everlasting flower,’ however in Latin, it means ‘sacred or little saint of god.’

If you want a palindromic name with a deep meaning, name your son Nitin. The name finds its origin in the exotic language of Sanskrit meaning ‘master of knowledge of the righteous path.’

Nolon is a variation of the Celtic name, Nolan. It means ‘noble’, and is perfect for your little boy.

Derived from the Hebrew masculine name Nathan, in the literal sense Nosson means ‘he will give’ or ‘he has given’ in its verb form. However, as a baby name its rendered meaning is the ‘gift.’

Etymologically Odo is a name derived from names such as, Otho or Odon in French, and or in Italian Ottone and Udo; however, all of them originate from the Germanic word that means ‘processor of wealth.’

This name exudes greatness and aristocracy. Otto has a Germanic origin from names that begin with ‘aud’. There are other variations of the name – Audo, Odo, Udo – all referring to great wealth and prosperity.

A diminutive of the name Philip, Pip is a popular name for baby boys in English speaking countries which means ‘lover of horses.’

Ramar means ‘god-like’ in Arabic, a feeling you as a parent have at the moment when you hold your newborn for the first time.

Rabar is a perfect name for a caring soul because this Arabic name means the ‘one who loves and cares for all.’

The most accepted origin of this name is the Germanic word ‘Rennen’ which means ‘to run.’

A particularly masculine name which finds its origin in the Old Germanic name Raginhari from the region of Bavaria; the rendered meaning of Reinier is ‘wise strong man.’

Rigir finds its origins in Austria and a few regions of Bavaria. It means someone with the qualities of a ‘heron.’

A rare angelic name for your newly born boy from the Indian Subcontinent, Rayar as a name means ‘way of heaven.’

In German Salas means ‘building.’ This can build a personality trait for your boy as he grows up.

Sahas is another manly name from India with its roots in Sanskrit which means ‘bravery,’ a perfect choice for parents who have hopes of a brave soul in their son.

An uncommon yet serene palindrome name from the Indian subcontinent, Saras is a Sanskrit word which means ‘water.’

This Hungarian and Romanian name means ‘speedy.’ If you aspire for your young one to grow up to be an athlete or fast learner, go for this.

If you want your son to be a caring young lad, pick this fun palindromic boy name with its origin in Old English which means ‘shepherd.’

Whether your boy is fierce or a roly-poly infant, name him Sos if he has a bear hug because this palindromic name with native American origins means ‘bear.’

Derived from the name of the Greek god of the forest Silas, Sylys is another uncommon name for your baby boy.

This Turkish and Arabic name is perfect for that beautiful baby boy of yours as the name means ‘beauty.’

According to Sumerian mythology, Utu means ‘sun’ or the ‘Sun God’ – son to the moon god Nanna.

Usually used as a name for Jewish boys, Yanay has Hebrew origin which means ‘He will answer.’

40 Palindrome Names for a Baby Girl With Meanings

Here is a list of palindrome baby girl names:

Though this name has a masculine Hebrew reference, its’ African meaning ‘born on Thursday’ makes it gender-neutral and hence apt for your baby girl, if born on a Thursday.

A popular short name for your girl with Germanic origins meaning ‘nobility.’  It can also be traced back to Hebrew origins where it meant ‘adornment.’

In Arabic Afifa means ‘modest and righteous’ – a name that can define your little girl’s inner personality.

It is a palindromic variation of the Sanskrit name Asha which means ‘hope.’ It also has a Swahili origin which means ‘life.’

A name with Arabic origins, Aisia means ‘alive and well.’

This palindromic name has a Spanish origin which means ‘help’ and could be a wonderful name for your daughter.

This name of Scottish origin describes your baby aptly since she is the ‘light’ in your life.

Alla has a plethora of references – whether it is the Russian reference of ‘Saint Alla’ or the Latin, which means ‘different’ or the Arabic one meaning ‘highness’ – all will be befitting to your little one.

Even though Aleela has a Swahili origin that means ‘she cries,’ it translates well in other cultures and languages.

Alila has Arabic and English origins where it means ‘smart’ and ‘strong soul’ respectively.

The name Ama is of African origin, common among girls from Ghana which means ‘born on a Saturday.’

Anna is a popular Latin name that describes your little daughter as ‘beautiful’ or ‘graceful.’

If you think your daughter is a gift from the gods, name her Anina, this Arabic word means ‘let my prayer be answered.’

Derived from the Latin word Annona meaning ‘of the harvest,’ Anona is the perfect name for a little girl born in the fall.

An Arabic name of Armenian origin, Ara means ‘king’ which is curious since in the U.S. today it is a popular name for little girls.

The palindromic name Arora is a derivation of the name Aurora of the Latin origin which means ‘goddess of the dawn.’

One of the most diverse palindrome name, which has a masculine reference along with a Japanese feminine origin which means ‘morning.’

A popular derivation of the Latin name Avis of Germanic origin which means ‘a bird.’ Ava has Hebrew origin as well from the word Chava which means ‘life’ or the ‘living one.’

One of the long palindrome names for baby girls, Aviva has a Hebrew origin meaning ‘fresh’ or ‘springlike’, perfect for your newly born.

In its Japanese reference, Aya means ‘colorful and beautiful’ which aptly describes your newborn.

This palindromic name with Arabic origins is a ‘powerful’ feminine name. It is elegant and exudes confidence that can shape-up a strong personality for your baby girl.

With a multitude of references in Swahili, Arabic, and Hebrew origins, Aziza could be a perfect name for your ‘powerful and beloved’ daughter.

This name has both English and Greek origins. It means ‘wealthy’ in the English reference and ‘generation’ in Greek.

There can’t be a more feminine palindrome baby name for your girl with its French origin, meaning ‘her.’

A palindromic equivalent of the Germanic name Emma, which in turn is a shorter version of names containing ’em’ meaning ‘universal.’

A popular name for baby girls, Eve is a derivative of the Latin name Eva which in turn came from the Hebrew name Chavah meaning ‘to give life’ or the ‘living.’

Similar to the aforementioned Latin name, Eevvee is of English origins which means ‘life’ and is quite popular as a feminine name in the English speaking countries.

Hannah is a widely popular Hebrew name which is a derivative of Chana, a Hebrew given name which means ‘grace’ and ‘mercy.’

This is a name of Mexican origin meaning ‘princess’ for your little princess. It also has Kenyan references which mean ‘guardian.’

Ivi a popular palindromic name with English origins, and is a variation of Ivy, the plant.

Izzi is a strong and powerful name for your feisty little daughter, which in Arabic means ‘mighty.’

In Sanskrit, it means ‘gold,’ a perfect name from India for your daughter with a heart of gold.

Layal is derived from the Arabic name Leila which means ‘nights.’

A novel name with Arabic origins, Maram as a name means ‘aspirations.’

Name your daughter Noon since this word of English, Scottish, and Dutch origin means the ‘brightest time of the day.’

The name Viv is derived from the Latin name Vivian, which means ‘alive.’

Hope you’ve found the name you were searching for, and may God bless your little one with a great future!

15 Weeks Pregnant: What To Expect

Monsoons – As Described By a 3-year-old