100 Swedish Names for Girls & Their Meanings

100 Swedish Names for Girls & Their Meanings 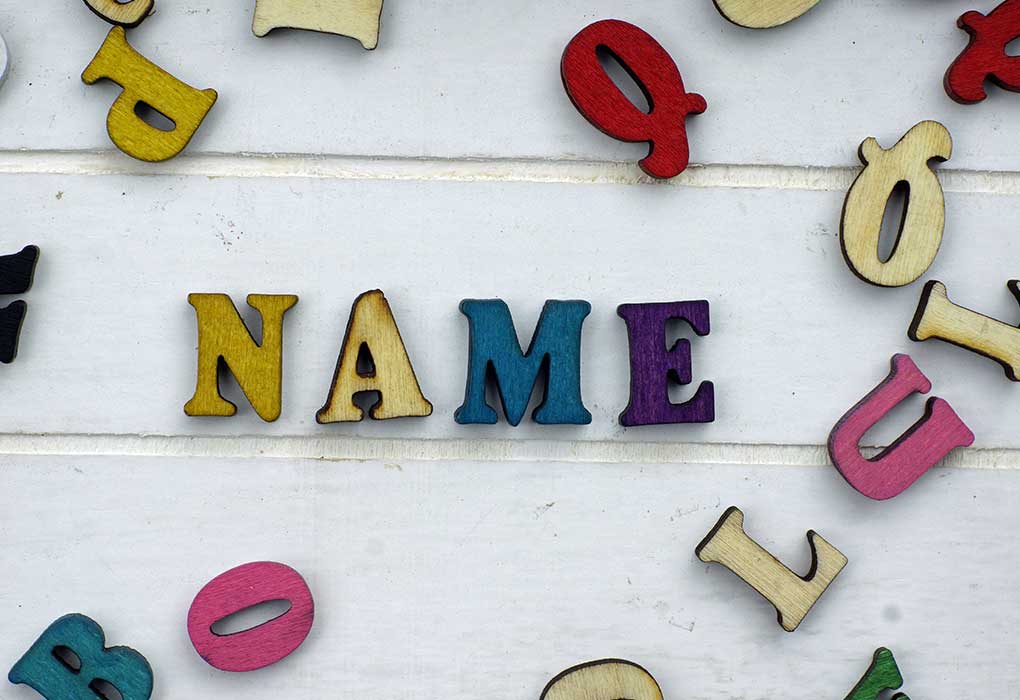 If you are parents to a baby girl (or are soon going to welcome a baby girl in your family), you must be in search of a beautiful and meaningful name for her. As a parent, you will want a name that connects her to her roots but is also unique to make her stand apart from the crowd. An extraordinary name can make your little one extraordinary, at least that’s what numerologists and astrologers believe. If you’re looking for a Swedish name for her, we have some Swedish girl names suggestions that you might like.

Sweden is a Scandinavian country with rocky shores and quiet forests. Its beauty lies in its unique scenic topography and so are the names in Sweden, distinctive. Swedish names give you a flavour of the country’s rich culture and some of them are very different from names in other countries. There is beauty in their old female names in Swedish too which are still popular.

The cute Swedish names for girls that we have collated here are one of the top ones being used in Sweden. So, if you travel there, do not be surprised if you hear these names a lot.

This meaning of this name is ‘a flower’ or ‘a noble person’. This name is derived by adding prefix A to dahlia, a flower, which is named after the Swedish botanist Anders Dahl. This name could also be the variant of Adalia, which is derived from the name Adal, a German name.

A Swedish version of the name Agata which means ‘good-hearted’. This name means ‘pure’. This name would be perfect for your innocent little girl.

The name Agnes is of Greek origin and means ‘chaste’ or ‘sacred’. In Greek, the name is ‘Hagnes’. A beautiful name for the little lady.

This name means ‘pure’. This name could also seem to be inspired by St. Agnes of Rome. Isn’t that a sweet name for your little girl!

Aalis was a shortened version of the German name Adalheidis. It means ‘of the nobility’. From Aalis came Alice which is a very popular name in many countries now. Alice also has roots in Greek where it means ‘truth’.

In Latin, Almus means ‘nourishing’ and Alma has come from there. The name Alma which is of Latin origin means ‘soul’ and ‘nurturing’.

Mostly used in English speaking countries Andrine means ‘brave’. This would be a befitting name for your brave little girl.

This name of Scandinavian origin comes from the name Barbara which means ‘foreign’. This was also the name of the famous Saint Barbara.

A Swedish form of the name Bridget, this name means ‘strength’ or ‘the exalted one’.

It is an Irish name which means ‘higher one’ or ‘strong’. It is believed that a person with this name will have leadership qualities.

This name has come from Rome and it means ‘clear’ or ‘bright’. It would be a perfect name for your little girl.

A shorter form of German name ‘Eberhard’, it means ‘strength”’. This name is a variant of Ebbe, which is an old English name.

It is an English name which means ‘riches’ or ‘blessed’. It was also the name of famous nun in 10th century St. Edith.

The name Ellie is of Hebrew origin and another form of the name, Eleanor. It means ‘God is my source of light’.

The name Elsa is of Hebrew origin and means ‘joyful’. This name also means ‘noble’.

This name is derived from a Hebrew name and it means ‘life’.

This name has its roots in Greek, Italy, and Sweden. It is the feminine form of the name Philip and means ‘a lover of horses’.

A Scandinavian origin name, it is famous across many parts of Europe. It is a short form of Freyja and means ‘noblewoman’.

This has origin in Sweden and means ‘battle maiden’. Your little girl may grow up to be a fearless woman with this name.

This name of Swedish origin means ‘staff of the Gods’.

Helmi is a Finnish name meaning ‘pearl’ or ‘bead’. It is a cute name with a beautiful meaning.

Ines is a name of Portuguese origin and means ‘pure’. This meaning of this name is as good as it sounds. If you want a short 4-letter Swedish name for your baby girl, you can definitely consider this name.

This name is of French origin and means ‘pledged to God’.  It is believed that a girl with this name tends to be spiritual and idealistic in nature.

Jannicke is a variation of the Scandinavian name Jan. It means ‘God is gracious’.

It is a Swedish version of the French name Yolanda and means ‘a violet flower’. The name Jolande has feminine charm to it.

The name Julia came about from ‘Julius’, a popular old Roman family name. The literal meaning of this name is ‘youth’.

The name Juni though is of Scandinavian origin, it is also a popular Finnish and Swedish name. It denotes the month of June and it has quite a few meanings such as ‘born in June’, ‘youth’, and ‘desired’.

It is the feminine version of French name Charles. It means ‘free man’.

This name of Scandinavian origin is another form of the name ‘Christina’. It means ‘to make holy with oil’. A classic and timeless name for your child.

This name pronounced as lie-lah has is a popular Danish and Swedish name. The meaning of the name is ‘a dark-haired beauty’.

In Latin Laurus means ‘bay laurel plant’ and symbolizes victory. Laura is a feminine form of this name.

A name of Hebrew origin, this was the name of the first wife of Jacob as per old testament. This name means ‘weary’ or ‘cow’.

Lily is the name of a beautiful flower and stands for purity and passion. It has origins in old English. A charming name with a beautiful meaning for a girl.

Lovisa is a Swedish form of the French name Louise. It means ‘renowned battle maid’ and is a very popular name for girls in Sweden.

A name of Scandinavian origin, it has roots in Germany and Arabia. It means ‘splendid’.

It is a Swedish version of the Latin name ‘Marina’ and means ‘from the sea’ or ‘a place to meet’. It has a calming and soothing tone and very suitable for your baby girl.

A name of Latin origin, it means ‘pearl’. A wonderful name with a beautiful meaning.

Maria was the mother of Jesus. This biblical name means ‘rebellious’ or ‘a child longed for’.

Melissa means a bee in the Greek language. An Italian poet also used this name for a fairy in the 16th century. The meaning of the name is a hard worker.

This name is enormously popular in Sweden. But this name has its roots in Russia and Spain. The name Miah means ‘dear’ or ‘great’ in these origins.

A romantic name that has roots in Latin. It means ‘ocean’, ‘admirable’, and ‘peace’.

This name has French and Greek origins. It means ‘victory of people’. This name is popular because of the famous actress Nicole Kidman.

A Latin name meaning ‘new’, and would be a beautiful name for your little princess.

Pixie is a charming name which means ‘vivacious’. In traditional lore, Pixies are short fairies who dance through the night. This name has Celtic, Swedish and Cornish origins.

This is a modern Swedish name for girls. This name is of German, Hebrew, and Scandinavian origins and means ‘God’s joyful song’. Ronja is also the name of the book by the famous Swedish writer Astrid Lindgren.

It is a Swedish name derived from the flower rose. Your little girl would love this name on growing up.

This is an old Norse name and a very popular name in Sweden. It means ‘seeing one’ in Old Norse. It also means ‘story’.

A name used in English speaking countries; it ranks in top 100 names in Sweden. Sally is a popular name and it means ‘princess’.

This has Scandinavian origin and women from old Norse were called by this name. It has many beautiful meanings like ‘wisdom’ and ‘victory’.

The star girl of yours deserves this name which means ‘star’. The name Stella is of Latin origin and means ‘star’.

A diminutive of Christina, this name is of Scandinavian origin. It means a ‘Christian woman’.

A name of Spanish origin, it is also the Swedish version of Theresa. It means ‘reaper’.

This name of Swedish origin means ‘to twinkle’ or ‘to sparkle’.

Ulla is a unique name of Scandinavian, German, and Norse origins. This name means ‘will’ or ‘determination’.

A name with Russian and Latin roots, it means ‘faith’ or ‘truth’.

This was the name of the goddess of victory in Roman mythology and it also means ‘victory’.

This is one of the traditional Swedish girl names and it means ‘determined protector’.

The name Wilma is of Scottish, German, and Swedish origins and it means ‘resolute protection’.

Strength or exalted one

God is my strength

Strength of a spear

These are some Swedish baby girl names which are very popular. Go through these names and note down the ones you like. We understand that as a parent it is your responsibility to pick the best name for your baby. So consider the names given in this list and do research (and some more research) before you select that perfect name for your girl!