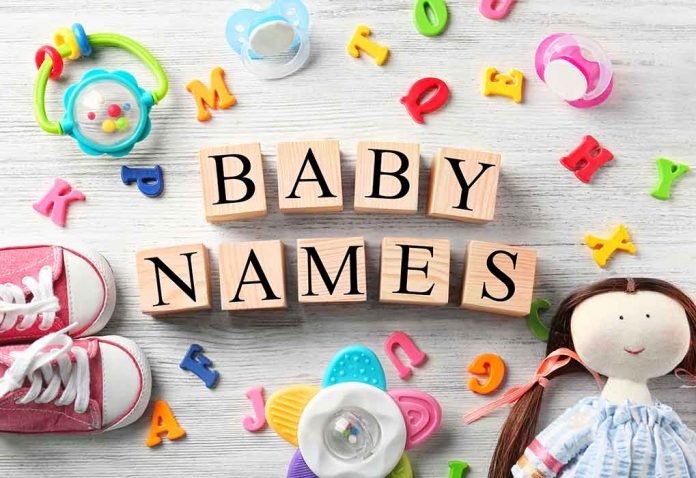 Alejandro is a cognate of the name Alexander, which has Greek origins. The meaning is “helper or defender of mankind”.

Brayan is the Spanish variant of the name Brian. The name is derived from an Old Celtic word meaning “noble”.

Carlos is one of the most popular Peruvian names for boys and is the Spanish and Portuguese variant of the name Charles. The name means “free man” and has been adorned by different kings in the 16th and the 17th century.

The name is derived from the Latin word “Christianus”, which means “follower of Christ”.

Although Dario is a name that is of Italian origin, it is commonly used in Spanish speaking countries. The name means “possess well” or “kingly”.

Edmundo is a Spanish variant of the name Edmund. It is a great name for a baby boy and means “wealthy protector”.

This name has the vibe of a crusader. The name has Spanish and Italian origin and means “rival”. Another variant of the name that is also quite popular in Peru is Emiliano.

Fernando is a common name across Spanish speaking countries, including Peru. The name is a Spanish variant of the name Ferdinand, and it means “ready for an adventure”.

Ignacio has a Roman origin and comes from the royal family name Egnatius, which means, “born from the fire”.

Javier is a masculine name in Spanish-speaking countries and is a variation of the name Xavier. The name has Basque roots and means “new house”.

Juan is a very popular name across the globe and is a Spanish cognate of the name John. It is derived from the Hebrew term Yohanan, meaning “God is gracious”.

The name has a French and German origin. It is also an English variation of the name Louis and it means “renowned warrior”.

The name Pedro is derived from the Latin word petra, which means “stone”. Pedro, too, is a popular name in Peru.

Renzo is a Peruvian name which means “masculine”. The name itself has a macho connotation attached to it and could also be a short version of the name Lorenzo.

This name is the Spanish variant of the Late Latin name Salvator, which means “saviour”. Salvador Dali, the renowned artist, bears this name.

The name Santiago is a combination of two words – Santo and Yago. The name is an old Spanish form of the name James, and it means “saint”. The name translates to “Saint James” and is also the capital city of the neighbouring country of Chile.

It is the Catalan variant of the name Thomas, which is derived from an Aramaic term for “twin”.

The name is derived from the medieval Spanish name Velasco, meaning “crow” in Basque. The 15th-century explorer, Vasco Da Gama, adorned this name.

Now, let’s check out some Peruvian names for baby girls.

Andrea is the feminine version of the name Andrew and is commonly used in Peru. The name means “brave”.

America is the Latinised version of the Italian name Amerigo and means “home-ruler”.

Brigida is the Spanish variant of the name Bridget. The name has Irish roots but is used all around the world. It means, “the exalted one”.

Dayana is a name that has Latin origins. It is derived from the name Diana and means, “heavenly” or “divine”.

Emely is a popular Peruvian name for girls. It has Latin roots and is derived from the name Aemilia, which means “rival”.

Esmarelda has a Spanish origin, and it means “emerald”. It is the name of a Gypsy girl in the famous novel, Hunchback of Notre Dame.

Fabiana is the feminine form of the name Fabianus. The name has a Latin origin and means “pearl”.

Gabrielle is a Spanish name for girls. It has a Hebrew origin, and it means “Woman of God”.

Isabella has Italian roots and is a name that can have many nicknames. Isabella means “God is my Oath”.

Luna is a name that is used in several cultures. The name has Latin roots and means “the moon”.

Margarita is the Spanish version of the name Margaret. The name also has a Latin origin. In Spanish, it means “daisy flower”, while in Latin, it means “pearl”.

This name is originally from the Greek language and means “Bobbin worker” or “weaver”. It also has a historical significance, Penelope was the loyal wife of Odysseus.

Prudencia is a Spanish variation of the name Prudence. It is a common name amongst Spanish speaking countries, but it has a Latin origin. The name means “good judgment”.

The name has Germanic origins and means “gentle horse” or “beautiful rose”.

It is the Spanish diminutive of the combination of the names Rose and Mary, but in Latin, the name means “dew of the sea”.

This name is the Spanish variation of the Hebrew word “shalom”, which means “peace”.

Although the origins are a bit unclear, it is believed to have Greek origins and is one of the most common Peruvian names for baby girls. It means “to reap”.

Xiana is a variation of the name Juliana. It has a Scottish origin and means “fairy of the forest”.

Veronica is another popular that has a Latin origin. It means “she who brings victory”.

It might be a tough decision to choose one name for your little one. These Peruvian names for babies don’t just sound cool, but they are meaningful too. We hope our list helped you today and that you can find a suitable name for your baby girl or boy. All the best!

Our Memorable Journey Towards Parenthood

Should You Worry About Neck Cracking or Is It Safe?

What to Say to Someone Who Has Had a Miscarriage