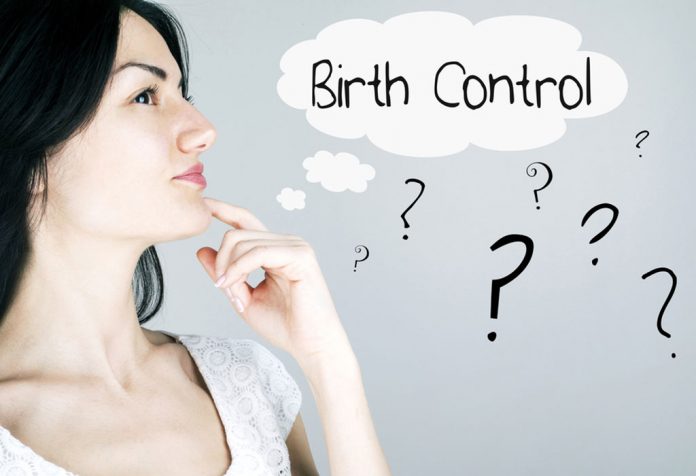 Many couples want to have children but only with proper planning. To prevent unwanted pregnancy, many women use contraceptive pills which have adverse effects on the body in the long run. There are also a number of home remedies that can help you prevent pregnancy. Of course, none of these methods is 100% effective; they are all just precautionary. So, it’s always best to practise safe sex as much as you can!

How to Prevent Pregnancy Naturally At Home

There are some methods of preventing pregnancy, which go hand-in-hand with the human body and medical science. Some of them are:

1. Have Sex During Your Safe Period

This method provides an added layer of precaution if you already have some kind of protection in place. You can avoid the ovulation days, which usually occur two weeks before the period. A good way to go about it is to consult a fertility expert to track your ovulation days and schedule your intercourse accordingly.

The male partner can take care not to ejaculate inside his partner. This method requires practice, and there’s a risk that the sperm might somehow enter the vagina. Therefore, it’s better to do this along with other proven contraceptive methods.

Once your period ends, you can start tracking your basal body temperature. When ovulation begins, the temperature starts rising and peaks on the day of ovulation. You can avoid conception if you avoid sex during this period.

4. Look Out for Cervical Discharge

A woman’s body produces a transparent, jelly-like discharge in the days leading up to ovulation. Abstaining from sex during this period can prevent ovulation.

Other Natural Methods of Preventing Pregnancy

The following contraceptive methods are considered to be useful; however, there is no scientific evidence that they are 100% effective.

Some believe if you have unsafe intercourse, having papaya twice a day for the next 3-4 days may reduce the chances of an unwanted pregnancy. Some also believe that when the fruit is consumed by the male partner, it can reduce sperm count.

Ginger is believed to induce a period and prevent pregnancy. Some grated ginger boiled in a cup of water for five minutes can be strained and consumed twice a day. However, this remedy also does not guarantee results.

Apricot is believed to prevent pregnancy in a natural way. Traditionally, about 100 gms of dried apricots are boiled in a cup of water with 2 tablespoons of honey. This concoction may be a great option for a beverage, but may not work to prevent a pregnancy though.

Figs promote blood circulation; however, no studies prove that eating dried figs after having unsafe intercourse can help prevent pregnancy. Also, overeating figs can cause an upset stomach.

Cinnamon is a great spice to add flavour to foods, but it is also believed to stimulate the uterus, and cause miscarriage. Once again, there is no evidence that it can prevent pregnancies, cause a miscarriage and can be used as a birth control method.

Juniper berries also make it to the list of remedies that many believe can help prevent pregnancy. You can relish the fruit when it’s in season, but in no way is it a natural contraceptive method.

Drinking 1/4th teaspoon of asafoetida mixed in water to avoid a pregnancy is another mid wives’ tale we do not recommend.

Parsley is also believed to be an effective home remedy to prevent pregnancy. However, no studies have proven that it is a mild herb.

Another old wives’ tale suggests injecting neem oil into the uterus to kill the sperm or taking neem tablets to promote temporary sterility in men. Again, there is no scientific proof that these remedies could work.

Some believe the properties of pineapple can prevent pregnancy; therefore, they suggest eating an unripe pineapple every day for 2-3 days after sex. Again, no study supports this myth, and the pineapple is better enjoyed as a delicious fruit in moderate quantities.

The rutin in buckwheat is believed to prevent implantation, but medical science doesn’t support this myth.

Eating a wild yam twice a day regularly for one or two months is also believed to work as a birth control remedy. But, it is just a belief and has no medical evidence that it can prevent a pregnancy.

Another home remedy to prevent a pregnancy is to mix a teaspoon of the dried and powdered root and mix it with half a cup of cold water. You may try it if you’ve had Indian turnip before; however, do not get your hopes up as it is not a proven remedy.

Keep These Things in Mind While Using Natural Contraceptives

There are certain things you should keep in mind when you use any of the above home remedies:

As mentioned at the beginning of the article, the home remedies to prevent unwanted pregnancy are not as effective as condoms, contraceptive pills or other medical contraceptive devices. Practising safe sex is always the best option. Consult your doctor so that you can proceed without anxiety or fear. After all, it’s always better to be safe than sorry.

How to Avoid Pregnancy?
How to Use the Birth Control Patch?
Best Ways to Stop Pregnancy After One Month
Natural and Safe Home Remedies for Abortion